Is APA Setting Up for a Big Move?

An up-channel chart pattern has formed in the chart of APA Corp. (APA). If the stock breaks above the trendline resistance, a breakout could soon occu...

By Christian Tharp
July 30, 2021
This story originally appeared on StockNews

An up-channel chart pattern has formed in the chart of APA Corp. (APA). If the stock breaks above the trendline resistance, a breakout could soon occur. Read more to learn how to profit from this trading opportunity.

APA Corp. (APA) is one of the world's leading independent energy companies engaged in the exploration, development and production of natural gas, crude oil and natural gas liquids. The company's operations are in the United States, Egypt and in the North Sea of the United Kingdom.

The company's increasing focus on the Permian basin, which is known for its high internal rates of return, has been a huge growth driver. Its slew of discoveries in offshore Suriname, through its joint venture with TotalEnergies, is another strong growth catalyst for the company and is expected to provide significant cash flow potential.

APA had $538 million in cash as of the end of the latest quarter, compared with only $2 million in short-term debt. Its gross margin of 26.8% is also above the industry average. While growth has been negative due to the pandemic, analysts forecast earnings to rise 506.2% year over year in the current quarter.

The stock also appears undervalued based on its forward P/E of 6.6. However, its trailing P/E is quite high at 954. The stock had been trending up since October, but has since shown mixed performance since March as evident from the chart below.

Take a look at the 1-year chart of APA below with my added notations: 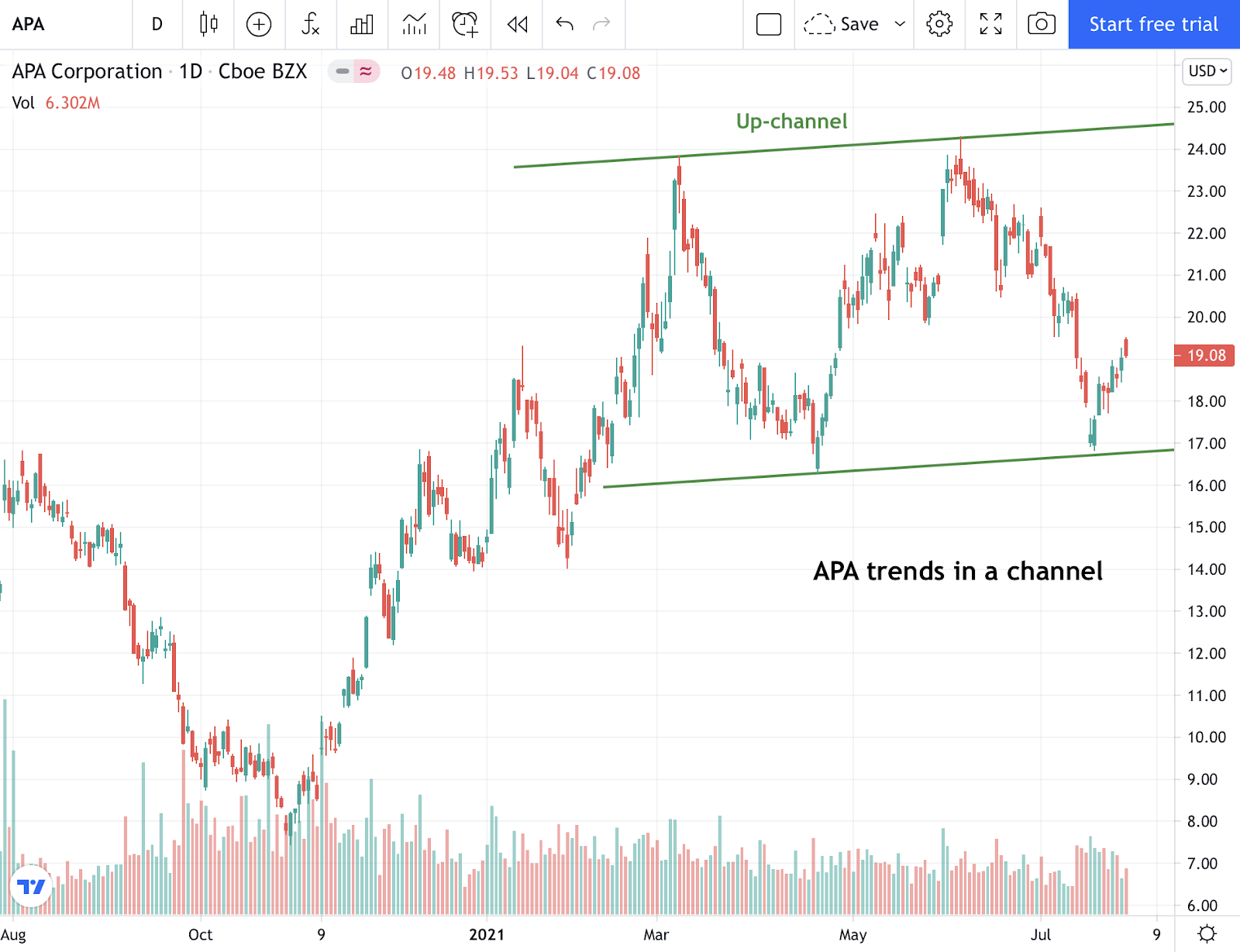 Chart of APA provided by TradingView

APA has formed an up-channel chart pattern over the past several months. A channel is formed through the combination of a trend line support that runs parallel to a trendline resistance. When it comes to channels, any (3) points can start the pattern, but a 4th test or more helps to confirm it.

The post Is APA Setting Up for a Big Move? appeared first on StockNews.com