Fewer higher-paying positions have replaced the jobs lost during the recession, according to new analysis. 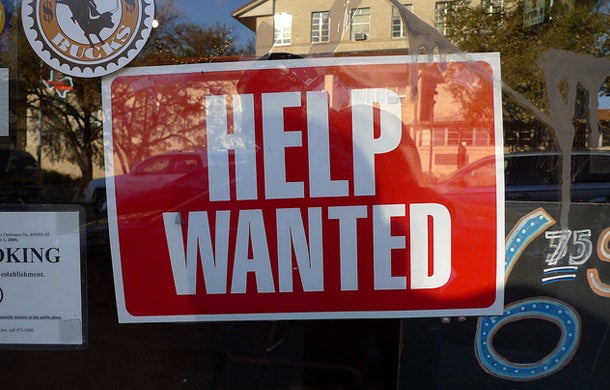 Millions of jobs lost to the recession have finally come back. But they're not paying nearly as well as they used to.

That's the conclusion of an analysis of Bureau of Labor Statistics data by the National Employment Law Project, which found that a large number of jobs created since the employment trough of 2010 pay less than the jobs they replaced.

Low-paying industries like food services and temp jobs accounted for 39 percent of job gains since the job market bottomed out. 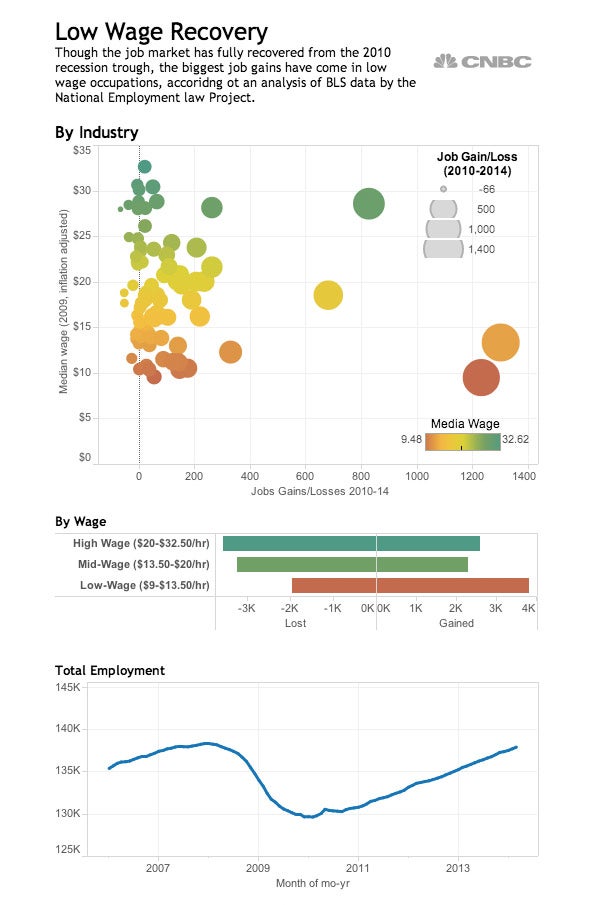 The shift from higher- to lower-paying jobs comes as the economy enters its fifth year of one of weakest recoveries on record. Without stronger growth, there is little pressure on employers to raise wages, according to Michael Evangelist, author of the study.

"Low-wage workers are very easy to bring on and very easy to let go," he said. "So you need strong economic growth to boost these mid- and high-wage industries and increase hiring there."

While the overall level of U.S. employment has recovered, job growth has been weakest in some of the highest-paying industries, like construction. Meanwhile, job creation has been strong in lower-paying jobs in health care and food services,

The measure would boost earnings from some 28 million of the lowest paid of American workers, who have been steadily losing ground to a variety of economic and political forces since the 1970s.

The Fair Labor Standards Act of 1938 established the hourly minimum wage rate at 25 cents for covered workers. Since then, it has been raised 22 times, in part to keep up with rising prices. The latest boost, in July 2009, brought it to $7.25 an hour or about $15,000 a year for a worker putting in 40 hours a week.

Opponents of a higher minimum wage, supported by a number of economic studies, contend that it would eliminate the very entry-level jobs that low-skilled workers need the most.

Some 22 states and the District of Columbia have set their own wage floor higher than the federal standard. But the latest effort to create a national minimum of $10.10 an hour appears to be headed for defeat. Though the measure is supported by Democrats, few Republicans are expected to support it, leaving it short of the 60 votes needed for approval.

"It looks like these jobs are here to stay," said Evangelist. "They're becoming an increasingly large percentage of the labor force and the economy."

John W. Schoen is an award-winning online journalist, who has reported and written about economics, business and financial news for more than 30 years. He is economics reporter for CNBC.com, and was a founder of msnbc.com, CNBC and public radio's Marketplace.