Varying techniques and close attention to detail are the signature here at Deerfield Ranch Winery. 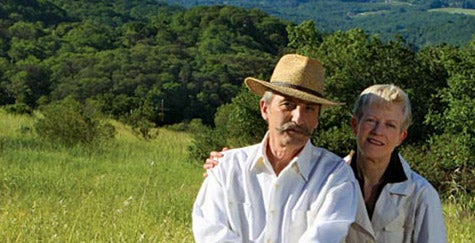 Dedicated to the land where its wines are grown, Deerfield Ranch Winery is committed to Biodynamic farming and is one of Sonoma County's few certified organic wineries. 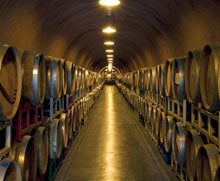 PJ and Robert Rex first purchased Deerfield Ranch, a 17-acre property, in 1982. When the adjacent 47 acres became available in 2000, the Rexes seized the opportunity and purchased the land. Besides securing the site of their future wine cave, tasting room, art gallery, and hospitality center, they acquired 14 acres of marshland known as the Kenwood Marsh. This marsh is one of just two places on earth where the endangered checkerbloom plant exists. PJ and Robert established the Kenwood Marsh Checkerbloom Society to protect the plant and help raise funds to restore and maintain the marsh.

The Rexes' compassion for the environment is apparent in the flavors of Deerfield Ranch wines. As winemaker, Robert lets the nuances be his guide. He carefully handcrafts his wines, varying his technique according to what the grapes need. Robert believes that winemaking is more like cooking than chemistry--and he makes his small lot wines like great chefs make great cuisine. As a maker of organic wines, he uses custom equipment and techniques to make exceptionally clean wines that often eliminate possible red-wine headaches and allergic reactions.

It took seven years to complete Deerfield Ranch Winery's 23,000-square-foot barrel-aging cave, but it was certainly worth the effort. The cave officially opened in September 2009, and at its very heart is the site of the winery's tasting room. Visitors enjoy lounging in the sleek and slightly cool room while they taste the wines that have turned the heads of leading wine critics. One wine not to miss and ready to drink now is the 2004 Deerfield Ranch Winery Shiraz Cuvï¿½e, which recently earned a rating of 89+ from Robert Parker Jr. Deerfield also makes grapeseed oil in four different flavors.

The proof is in the tasting. Deerfield Ranch Winery is committed to creating distinctive wines that capture the essence of the land.

Getting There:
From Sonoma, continue north on Hwy 12 past Glen Ellen. Winery is 1 mile south of Kenwood.