Robinhood Has Dropped Too Far, Too Fast With an Overdone Correction

Robinhood (NASDAQ:HOOD) stock has gone through a horrific correction, down more than 75% since its recent peak of $46.88 on Sept. 22. There seems to be no end in sight for the drop. But, as you might suspect, the indiscriminate selling of HOOD stock is way overdone. 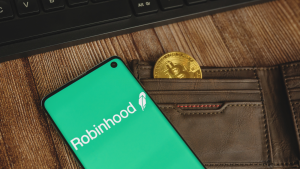 In fact, year-to-date (YTD), Robinhood stock has already dropped more than 35% from $17.76, where it ended last year.

However, at $11.49 per share midday on March 8, Robinhood has a market capitalization of $9.51 billion according to Seeking Alpha. This is probably too low based on its recent earnings report released on Jan. 27 for the quarter and year ending Dec. 31, 2021.

Where Things Stand at Robinhood

The company reported its revenue for the fourth quarter was actually up 14% compared to its prior year quarter. Moreover, its full year 2021 revenue was up 89% year-over-year (YOY).

Much of the extra gain for its YOY performance in 2021 was due to higher revenue growth in previous quarters. Nevertheless, the fact that Q4 was not a negative growth situation was impressive.

However, both the company and analysts are not as sanguine about its prospects. For example, Robinhood said revenue would be below $340 million for Q1 2022, which is already 6.3% below the $362.7 million it had in Q4. In fact, it talked about a 35% YOY drop.

So, here we have a situation where the Q1 revenue estimates are roughly in line with Q4, but HOOD stock has cratered more than 35% year-to-date. That does not add up.

The truth is Robinhood trades in line with the movement and volatility of crypto prices. The typical large-cap crypto is down anywhere from 18% to 40% YTD.

For example, as of midday March 8, Bitcoin (BTC-USD) is down 18.7% YTD whereas Ethereum (ETH-USD), the second-largest crypto, is off 32.9%. Obviously, these numbers can be a little different depending on when you measure the two points, since cryptos trade continuously. But the point stands that there is a high degree of correlation with HOOD stock.

Another example is Dogecoin (DOGE-USD), which is now off 30.9% YTD. However, some other major cryptos are off even more. For example, Cardano (ADA-USD), the eighth-largest cryptocurrency, is now down 39.8% YTD and Avalanche (AVAX-USD) is off 33.2% YTD.

Typically with lower trading prices, you will have lower trading volumes. It will be interesting to see if that is the case in Q1, since all the revenue estimates so far seem to imply volumes have not fallen.

What to Do With HOOD Stock

So far analysts seem to be very positive on HOOD stock. For example, TipRanks reports the average price target of 12 analysts that have written on the stock in the last three months is $19 per share. That represents a huge 63% upside in the stock from here.

The same is true with Yahoo! Finance, which uses Refinitiv analyst survey data. They report 12 analysts' average price target is $17.92, or 56% over its price as of midday March 8.

HOOD stock trades for just 5.3 times forecast sales for 2022 and 3.7 times 2023 sales estimates, according to Seeking Alpha. These are the lowest P/S multiples it has traded at on a forward basis.

Right now, HOOD stock reflects the prospects of a mild recession. The problem with this is investors might actually flock to cryptocurrencies if there is ever any major disintermediation in the financial markets. That could actually be a good thing for HOOD stock, which is not "in" on the market right now.

Given how far and fast HOOD stock has fallen, value investors might want to begin accumulating some positions. The best way to do this is to average down into the stock over a period of time while it is cheap like this.

The post Robinhood Has Dropped Too Far, Too Fast With an Overdone Correction appeared first on InvestorPlace.