U.K. Vessel Will Not Be Called 'Boaty McBoatface' After All, But There's a Catch

By Anmar Frangoul
May 6, 2016
This story originally appeared on CNBC

The U.K.'s new 'state of the art' polar research ship will be named after Sir David Attenborough, despite over 124,000 people voting for it to be called 'Boaty McBoatface'.

The new ship -- currently under construction on Merseyside, England -- is set to cost £200 million ($290 million). Its full name will be the Royal Research Ship Sir David Attenborough, in honor of the world famous naturalist and broadcaster, who will turn 90 on May 8.

"The public provided some truly inspirational and creative names, and while it was a difficult decision I'm delighted that our state-of-the-art polar research ship will be named after one of the nation's most cherished broadcasters and natural scientists," universities and science minister Jo Johnson said in a statement.

The ship has attracted attention across the world after the U.K's Natural Environment Research Council issued a call to the public for naming ideas. More than 7,000 suggestions were made, with the seemingly tongue in cheek 'Boaty McBoatface' coming on top with over 124,000 votes. 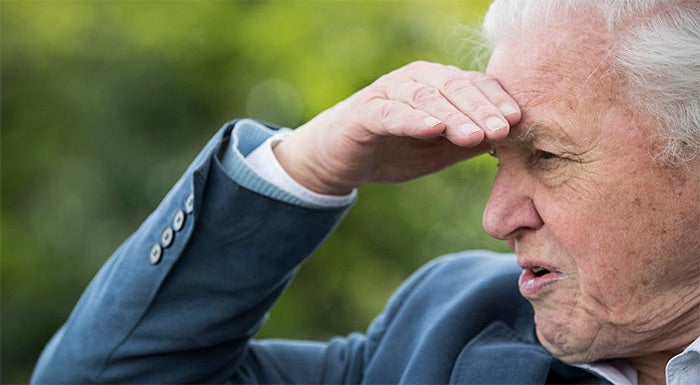 In recognition of this, the ship's remotely operated undersea vehicle will be called 'Boaty McBoatface'.

"The ship has captured the imaginations of millions, which is why we're ensuring that the Boaty name lives on through the sub-sea vehicle that will support the research crew, and the polar science education program that will bring their work to life," Johnson said.

Attenborough is one of the U.K.'s most cherished public figures, presenting and narrating countless wildlife documentaries in a career spanning several decades.

"I am truly honored by this naming decision and hope that everyone who suggested a name will feel just as inspired to follow the ship's progress as it explores our polar regions," he said.

"I have been privileged to explore the world's deepest oceans alongside amazing teams of researchers, and with this new polar research ship they will be able to go further and discover more than ever before," he added.

The U.K. government says that the ship, which will take to the seas in 2019, will "ton for ton… provide the U.K. with the most advanced floating research fleet in the world."

The 128 meter long RSS Sir David Attenborough will spend up to 60 days in sea-ice "at any one time", and will be sent to both the Arctic and Antarctica to conduct research into our planet's oceans.