When a rent hike threatened to shut its doors for good, the owner of this little-known gem got creative.

By Bill Schulz
January 16, 2020
Opinions expressed by Entrepreneur contributors are their own.

Neir's' Honduran mahogany bar top, ancient chandelier, dusty gas lamps and uneven tin ceilings are tip-offs that this place is basically a booze history buff's Shangri-La. First-time patrons can't possibly fathom how this, one of the oldest continuously run pubs in New York City, once featured prominently in GoodFellas, has been so overlooked for so long.

Related: 10 Things Jon Taffer of 'Bar Rescue' Wants You to Know About Running a Bar

And as of last week, thanks to building owners Ken and Henry Shi's indefensible rent hike from $2000 a month to $5400, and the mind-melting fact that Neir's does not have landmark status, this tavern/treasure was set to close on January 12th.

"With each closing of a historic bar we are destroying a part of the fabric of our city," legendary Ear Inn (est. 1817) owner Martin Sheridan told Entrepreneur. "Living history is so important to our daily lives."

Faced with closing its doors forever, the pub's proprietor, Loycent Gordon, got creative. He called in to WNYC's The Brian Leher Show and pleaded his case to the program's weekly guest, New York City Mayor Bill de Blasio.

"I was thinking about a lot of different ways to find a miracle," sighed a visibly spent Gordon. "Local businesses don't have a lot of leverage, but a mayor is supposed to be there for the citizens and I decided to utilize that."

Less than two days later Hizzonor was nursing beers at Neir's alongside a packed house of overjoyed regulars, and a very relieved/exhausted Gordon, while announcing a "handshake deal" with the sufficiently shamed Shi siblings, to keep this dive alive. 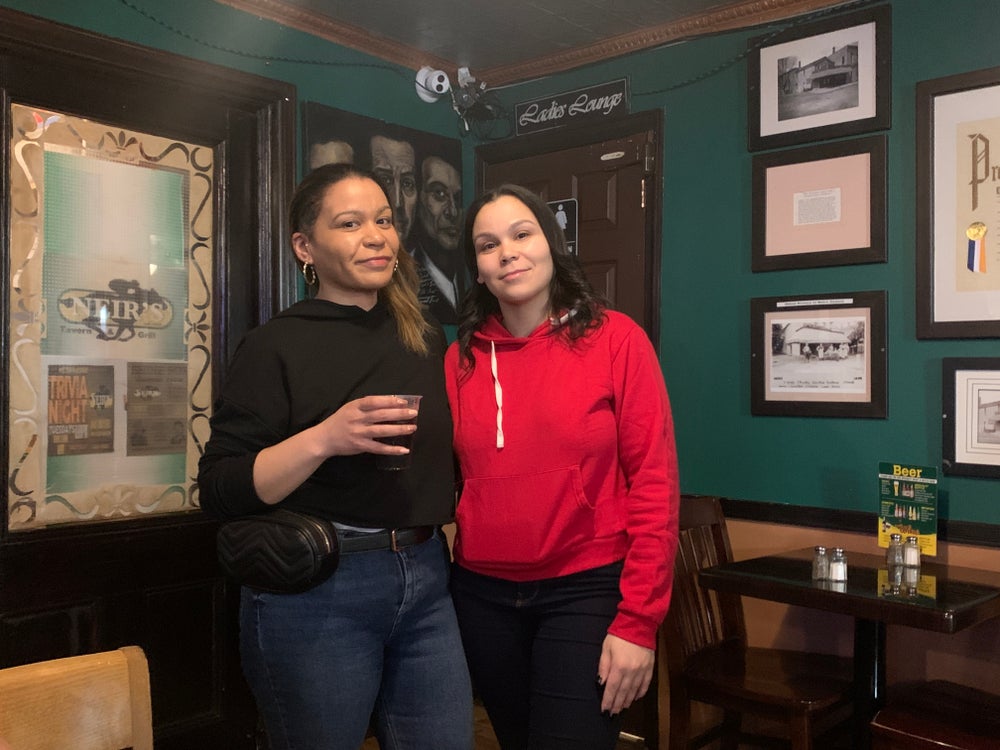 But what does this handshake deal mean exactly?

"All I'm allowed to say," smiled Gordon, "is that the way this deal has been set up is if we fail, they fail---it's been 36 hours of the lowest of lows to the highest of the highs." (And a purported $90 thousand grant from the Department of Small Business Services can't hurt.)

It's not the first time Gordon has saved this place. When the 40-year-old Jamaican immigrant and NYFD lieutenant realized Neir's was in danger of closing back in 2009, he convinced the building's owner to let him buy the establishment on the cheap. And he quickly found out that he had put himself on a journey along a very rocky road.

At the beginning of Gordon's tavern-running adventure, the joint was immediately burglarized. Then he tried some ill-fated 50-cent beer nights, spent too much money on fruitless advertising ventures and finally embraced the grim realization that he'd bitten off more than he could chew and/or brew.

And then? An epiphany.

Gordon started simple seat-filling perennials like Trivia Tuesdays, stand-up comedy nights and Saturday karaoke, which reinforced the neighborhood-wide belief that Neir's was as much a museum as it is a warm blanket for the whole of Woodhaven. 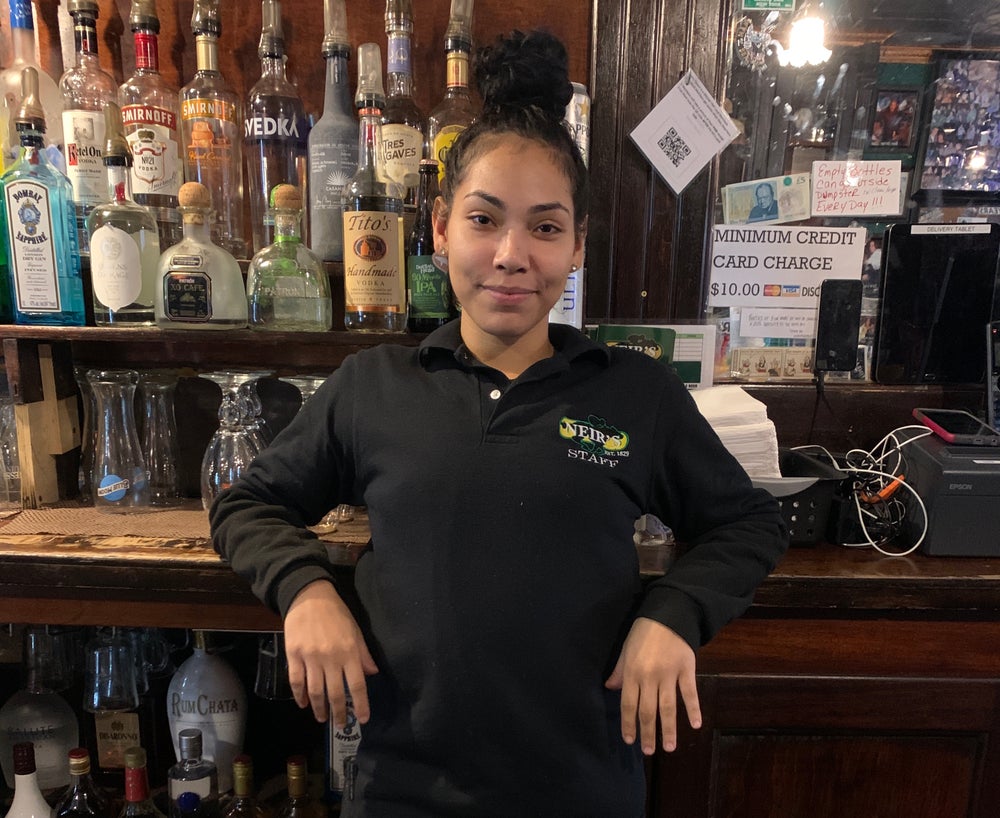 Bartender Selenia Correa: "We get a lot of GoodFellas fans that want to see this place, but I love being able to say Mae West danced at this bar!"

"It's been a lot of hard work and I'm not saying I have it all together," said Gordon. "But I ended up hiring people that believe in this place. And finding the right employees was key."

Seems like it'd be easy to get a nearly 200-year-old enterprise a proper landmark designation, right? Eh, not so much. Welcome to Big Apple bureaucracy at its most obnoxious…

"We were denied in 2016, and the reason was a technicality," recalled Gordon. "We're a private business, and they claimed the place wasn't "historically significant enough.' We apparently have to pay five grand to hire an architect to examine the place before we reapply."

Related: Will 2020 Will Be the Year of Non-Alcoholic Beer?

Unlike Manhattan historical hotspots along the lines of Old Town Bar, McSorley's, Fraunces Tavern or the aforementioned Ear Inn, Neir's is way off the beaten track.

Even after a long walk from the area's J/Z subway stations, or a pricey Uber ride, curious first-timers could be forgiven for accidentally strolling past an unassuming property hidden within a heavily residential 78th Street.

All of that hard-to-find mystery was enough to pique Anthony Bourdain's interest back in 2017, but none of it aided this destination's struggle to juggle old regulars requests with rookie visitors expectations. 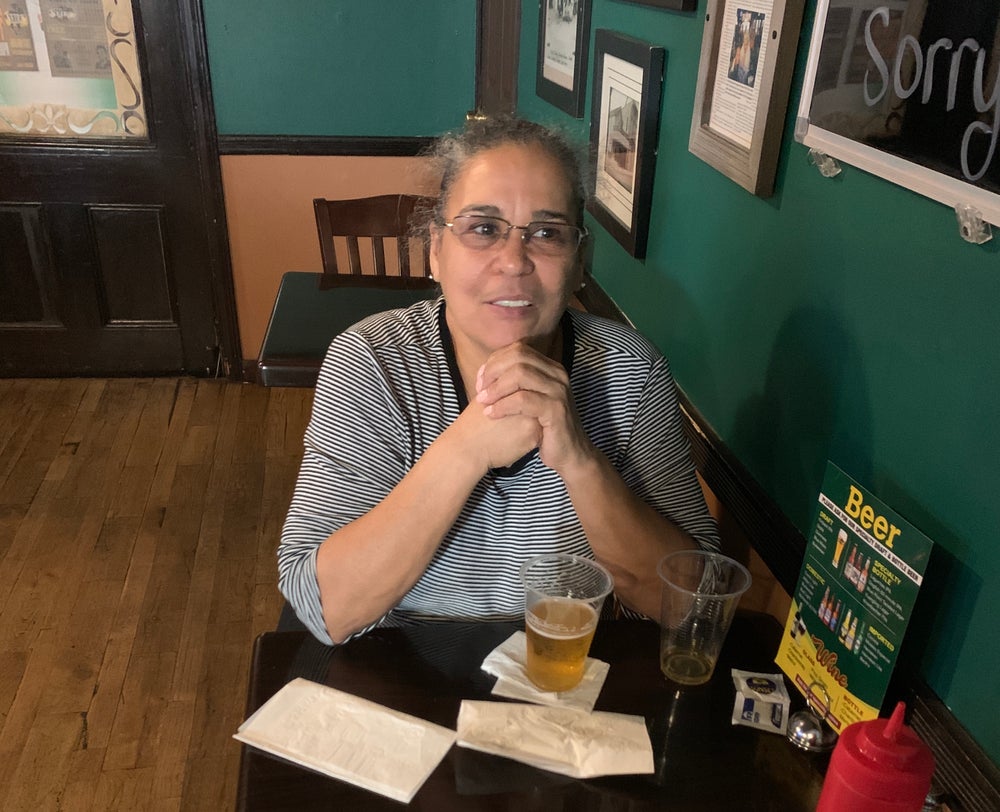 Patron Luz Rocca, 65: "Four generations of my family have come to Neir's. I play Bingo with my 90-year-old mom here. I cried when I heard they were gonna close and I cried when I found out they were staying open."

"I have a strategy that's simple," declared Gordon on juggling the needs of repeat patrons versus new arrivals, "I remind our regulars that tourists are not our enemies. When you think of the location, the travel involved, it's so hard to get to so we must give them applause for even finding the place."

Unlike your perfectly preserved Philadelphias, New Orleans or Bostons, New York builds, builds, builds and then destroys, destroys, destroys at an astonishing rate. Neir's is one of the very few pubs that's somehow managed to escape this fate. But this place ain't just one of the oldest Knickerbocker alehouses around, it's also the best example of why actual New Yorkers still love New York.