By Jason Fell
June 23, 2016
Opinions expressed by Entrepreneur contributors are their own.

Soon, you'll be able to get your renewable energy kicks on Route 66. Seriously.

As part of its "Road to Tomorrow Initiative," Missouri's Department of Transportation is partnering with Idaho-based startup Solar Roadways. The plan is to cover an as-yet undetermined amount of pavement at the historic Route 66 Welcome Center in Conway, Mo., with road-ready solar panels that generate electricity.

"We expect them to be in place, I'm hoping, by the end of this year, maybe before snow flies," initiative leader Tom Blair recently told the Kansas City Star. Blair says the state will turn to crowdfunding in hopes of ponying up the money to put this plan in motion. 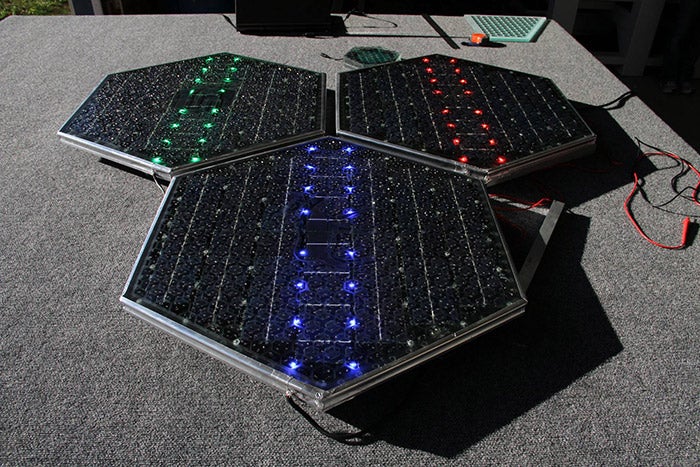 Covered in tempered safety glass, Solar Roadways' forthcoming panels do more than collect the sun's energy. They also can come with LED lighting to effectively replace road lines and signage. Since the panels are modular, Solar Roadways says replacing damaged sections will be less expensive and troublesome than re-paving entire stretches of highway with traditional asphalt.