Do You Live in One of the Hardest-Working Cities in America?

Many factors are required to launch a successful business. A great idea, a team to help you execute, a rapport with your customers, access to capital and a whole lot of hard work.

To do so, the researchers assembled Census Bureau data on 118 cities with populations that exceeded 200,000. They looked at the average hours worked every week, the average weeks worked per year and the city's labor participation rate.

Related: Building a Hard-Working Team Starts With You

If a city is ranked on the lower end of the list, the researchers note that this is often due to a lack of job opportunity -- it is tough to put in the hours if there isn't work to be had.

For example, the city at the top of the list is Arlington, Va. In Arlington, workers put in 40.5 hours per week and work more than 42 weeks per year. And roughly 88 percent of working-age residents in Arlington participate in the workforce. The lower you get on the list, the lower the percentage of participation in the labor force.

Check out the infographic below to see how your city stacks up. 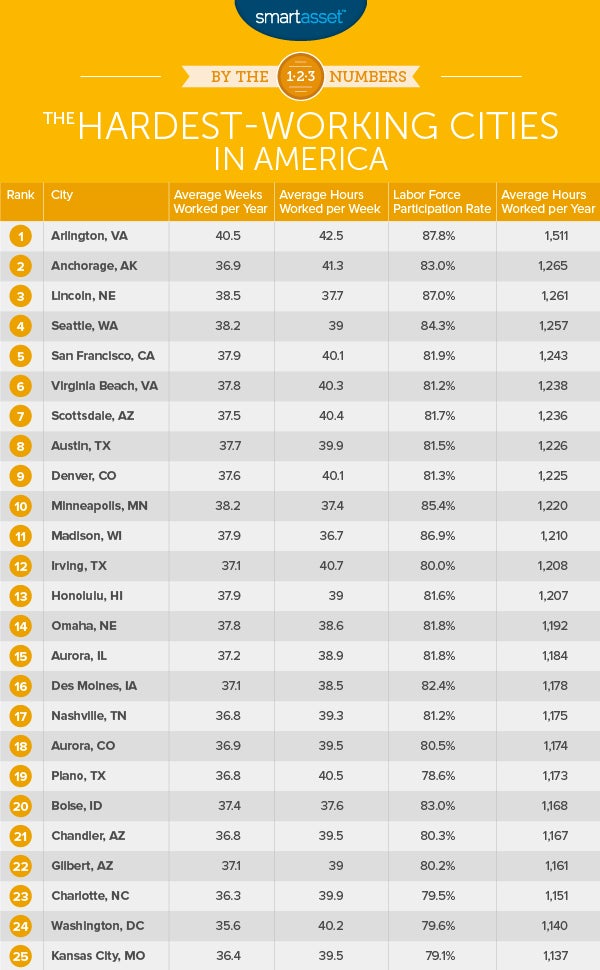 Related video: Not Getting Results With Your Facebook Ads? Here is Everything You Are Doing Wrong.