Why More Pro Athletes are Scoring Franchises After Sports Fame

From the NBA to the NFL and NHL, star athletes are aiming to win big in business as they look to their financial futures following sports.

By Jason Daley
February 3, 2012
This story appears in the February 2012 issue of Entrepreneur. Subscribe »

Jamal Mashburn had everything an athlete could dream of. During his 12 years in the NBA in the 1990s and early 2000s, "Monster Mash" was instrumental in turning around the Dallas Mavericks; he also set several scoring records and was even selected for the All-Star Game while playing for the New Orleans Hornets. But despite all that success, he couldn't stop thinking about briefcases. 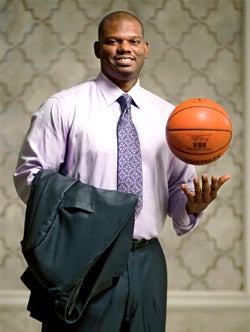 "I was thinking about my exit even when I entered the league." --Jamal Mashburn
Photo© Josh Ritchie

"Growing up in Harlem and riding buses, trains and cabs to get to school downtown, I was always curious about what was in the briefcases people were carrying," he remembers. "I always wondered, What are they doing? The people always seemed important and had direction and purpose. I grew up idolizing the briefcase. To me, it symbolized information and knowledge."