By Laura Entis
April 28, 2015
Opinions expressed by Entrepreneur contributors are their own.

The '90s nostalgia train continues with news that the Japanese video game company behind Tamagotchi is reviving the classic game via an Apple Watch app.

For those lacking the many formative childhood memories that centered on the game, Tamagotchi – first launched in 1996 – consists of taking care of digital pets, which hatch from eggs and grow into pixelated creatures. For your Tamagotchi to survive, it needs to be fed, cared for and cleaned up after, although even the most devoted pampering won't keep it from eventually dying of 'natural' causes. 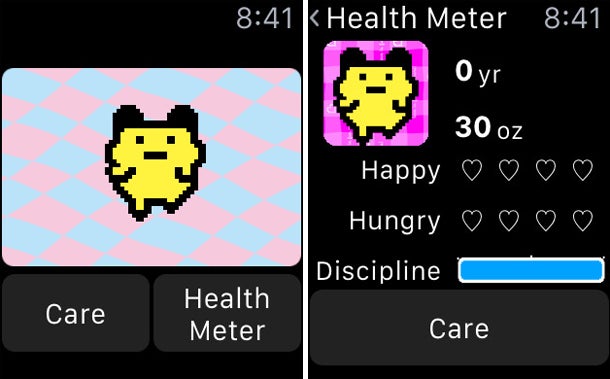 While Tamagotchi is back for Apple Watch owners, according to The Verge the experience isn't quite the same as when the creatures existed on standalone plastic key rings. For one thing, the app won't let you 'play' with your Tamagotchi, making it perpetually cranky, and because there's no animation, your Tamagotchi won't react when you feed or discipline it.

Still, the Tamagotchi app should momentarily transport a certain demographic straight back to middle school.

Related: King of Kitsch: Meet the Company Behind Big Mouth Billy Bass and a Dozen Other Novelty Items From Your Childhood