Think China is the No. 1 Country for Hacking? Think Again.

A country with a fifth of China's population is actually responsible for the most attack traffic.

China has earned a reputation as the hacker capital of the world, but a new report shows the bulk of global cyber-attack activity has recently come from its smaller neighbor Indonesia.

Thirty-eight percent of cyber attacks originated in Indonesia during the second quarter of 2013, up from 21 percent in the first quarter, according to a report by security cloud platform Akamai. This spike helped push China off the hacking pedestal, with the world's most populous country accounting for 33 percent of attacks, down from 34 percent in the previous quarter. The U.S. rounded out the top three, generating 6.9 percent of cyber-attack traffic, a decrease from 8.3 percent.

Indonesia and China alone accounted for more than half of all cyber-attack activity during the quarter.

While it may seem like Indonesia came out of nowhere to take the lead (last year the country accounted for on average less than one percent of cyber crimes), hackers may be taking advantage of its increase in connection and weakening IT structure.

The country's average internet connection speed increased 125 percent in the second quarter from the same time last year. That, coupled with the fact the country isn't spending a whole lot of cash on its infrastructure, may make the country a haven for cybercriminals.

In January, hacker group Anonymous Indonesia claimed responsibility for defacing 12 government websites with the tagline "No Army Can Stop an Idea" shown on the sites. In April, the country's defense minister Purnomo Yusgiantoro announced they were building a Cyber Defense Center to take on hackers. Microsoft also felt the supposed wrath of Indonesia criminals (among others) when it put the kibosh on a cybercrime operation in June.

Akamai's findings are based on agents reporting log connection attempts, which the company defines as attack traffic. The company then can determine the top countries the hack attacks occur. One caveat to keep in mind: the IP address assigned to a particular country may not be the nation the attacker resides. So someone from China with an IP address associated with them, may be committing cyber attacks in France.

To check out more of Akamai's findings, check out the below highlights: 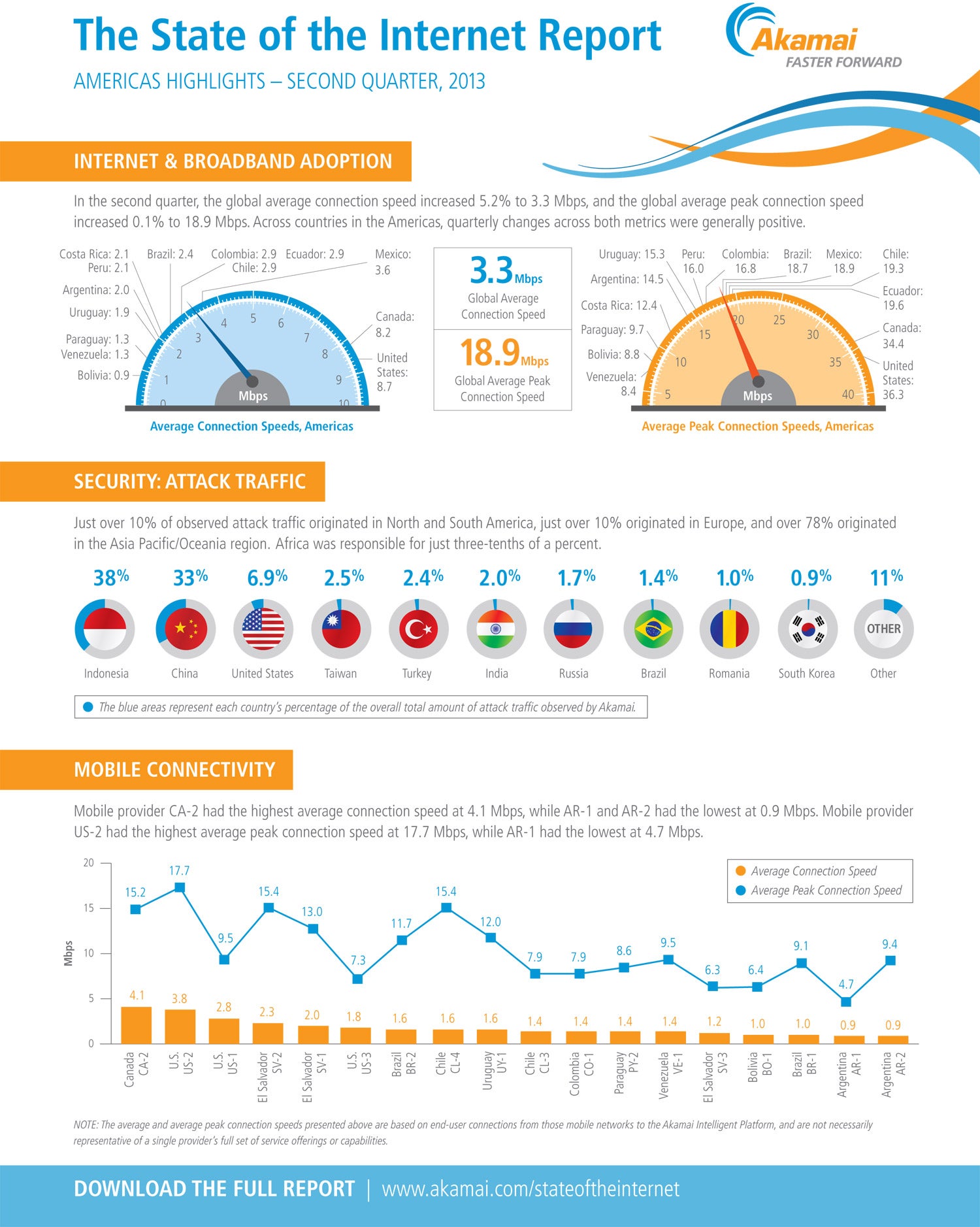