Becky Bullard
March 13, 2012 min read
Opinions expressed by Entrepreneur contributors are their own.

Part fashion statement, part mini billboard, T-shirts are de rigueur at South By Southwest, though sometimes it can be hard to see them, what with all the badges, not to mention the layering, another fashion motif at the Austin fest. Here's a look at what attendees are sporting this year.

Cluck For a Buck 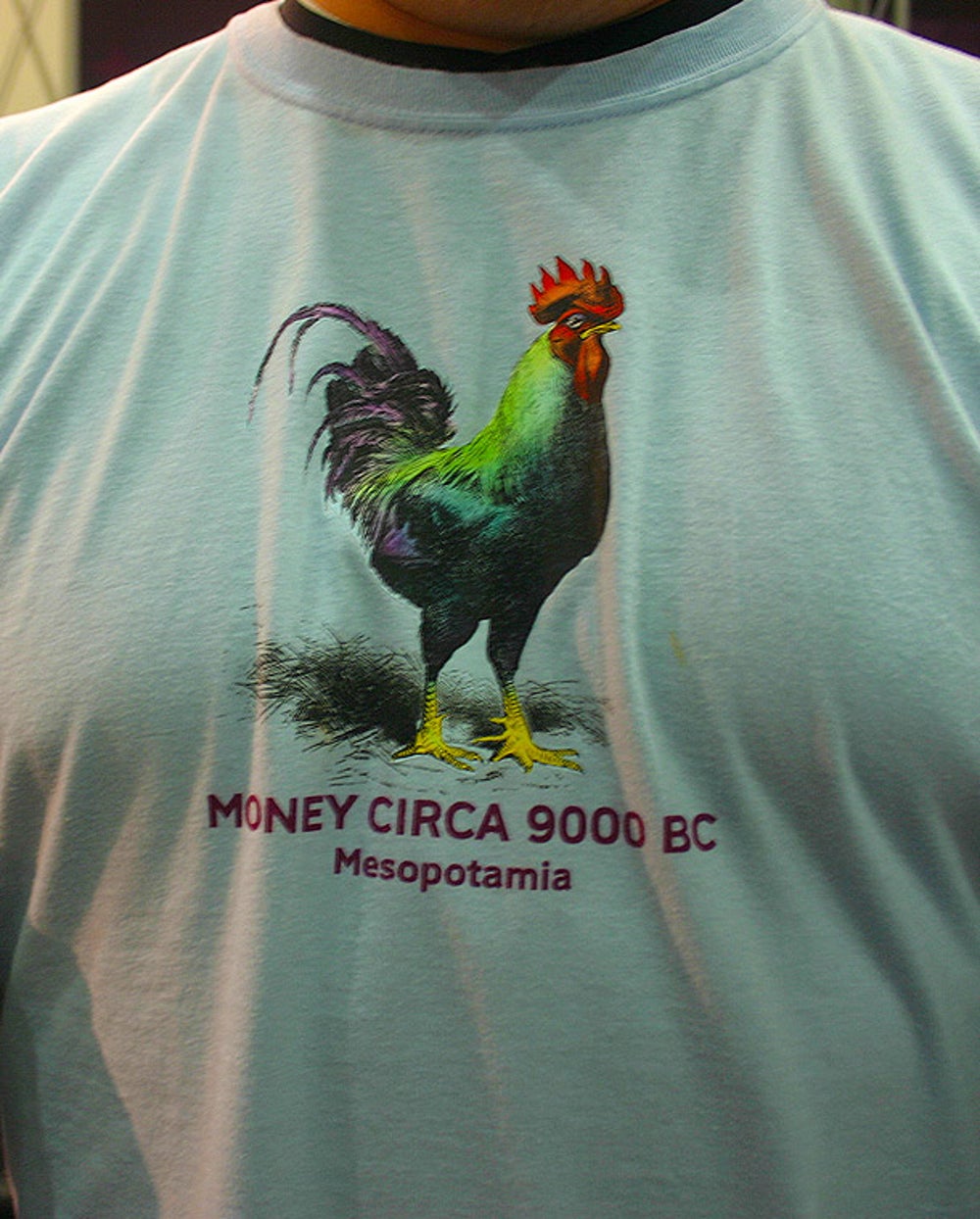 The folks behind Isis, a digital wallet that will allow users to store all their credit card, debit card and rewards information on their smartphones, give a nod to much earlier forms of payment. Isis is set to launch in two pilot cities, Austin and Salt Lake City, this summer. 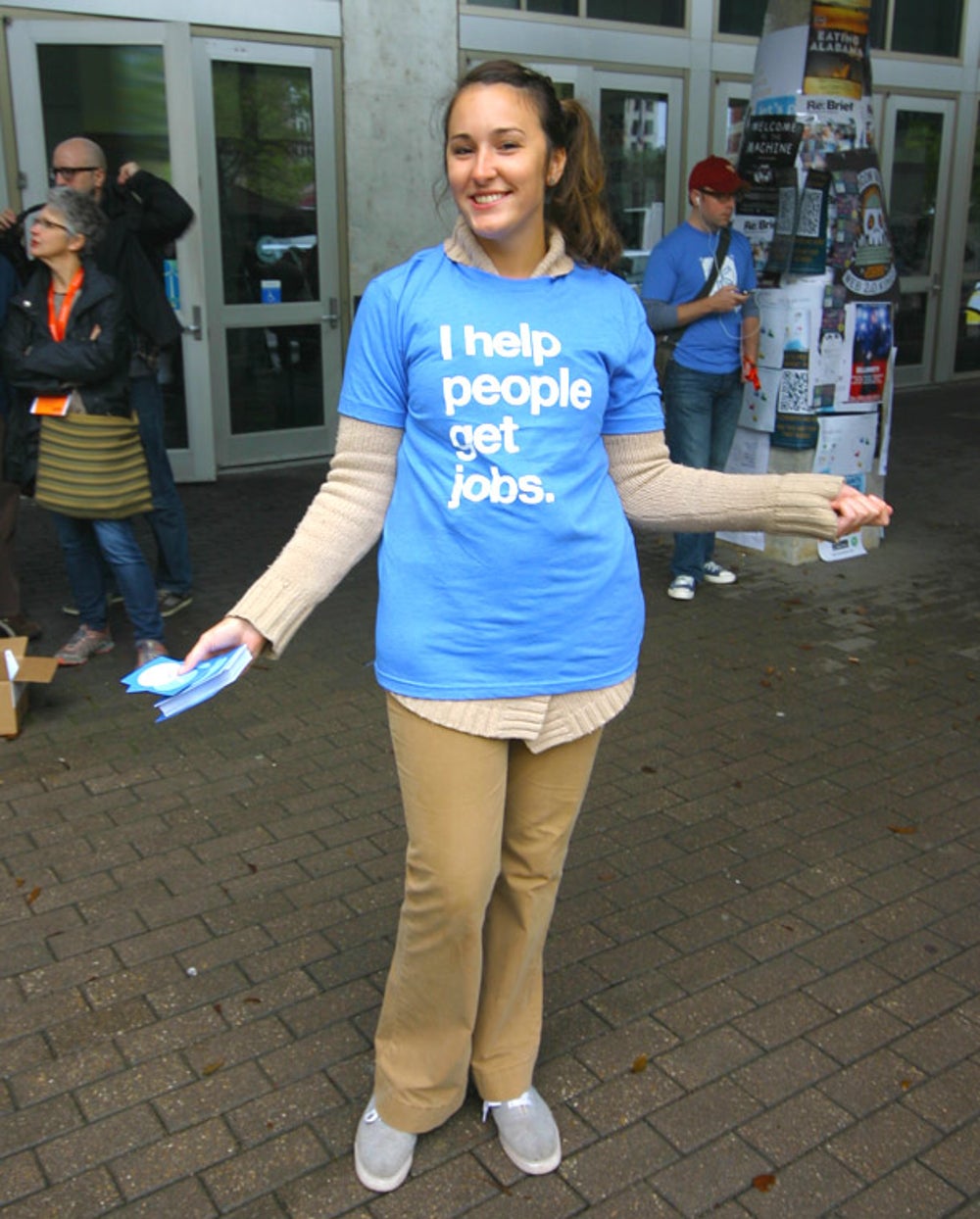 This promotional tee from job-search site Indeed is simple and to-the-point, much like the Google-esque interface of Indeed.com itself.

Been There, Blogged That 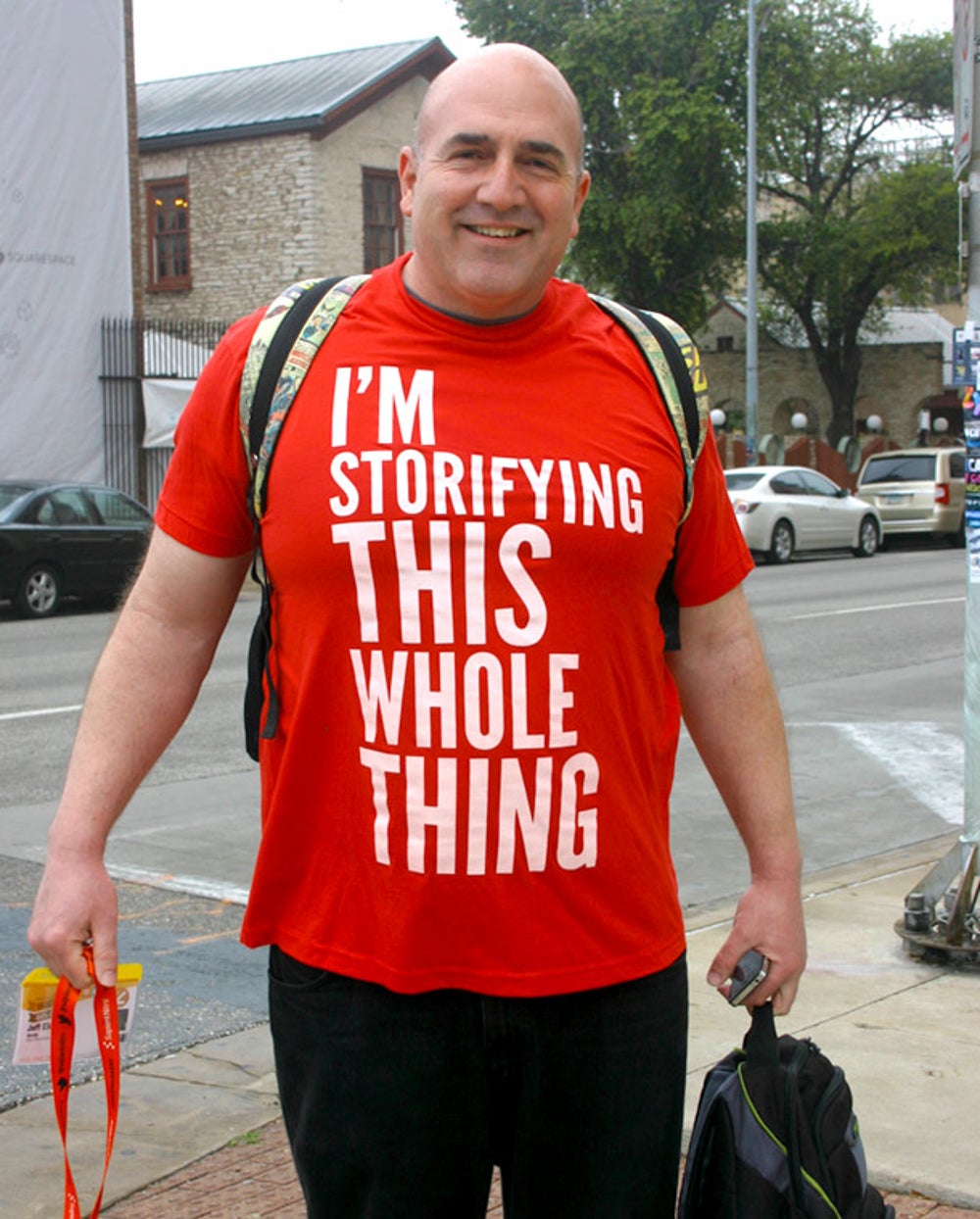 Jeff Elder, marketing director for 2011 Startup Accelerator winner Storify, reminds us that SXSW Interactive is really just one big content farm. Storify allows users to curate the most relevant information from all the various social networks -- Facebook, YouTube, Flickr, Twitter, and so on -- to tell one cohesive story. 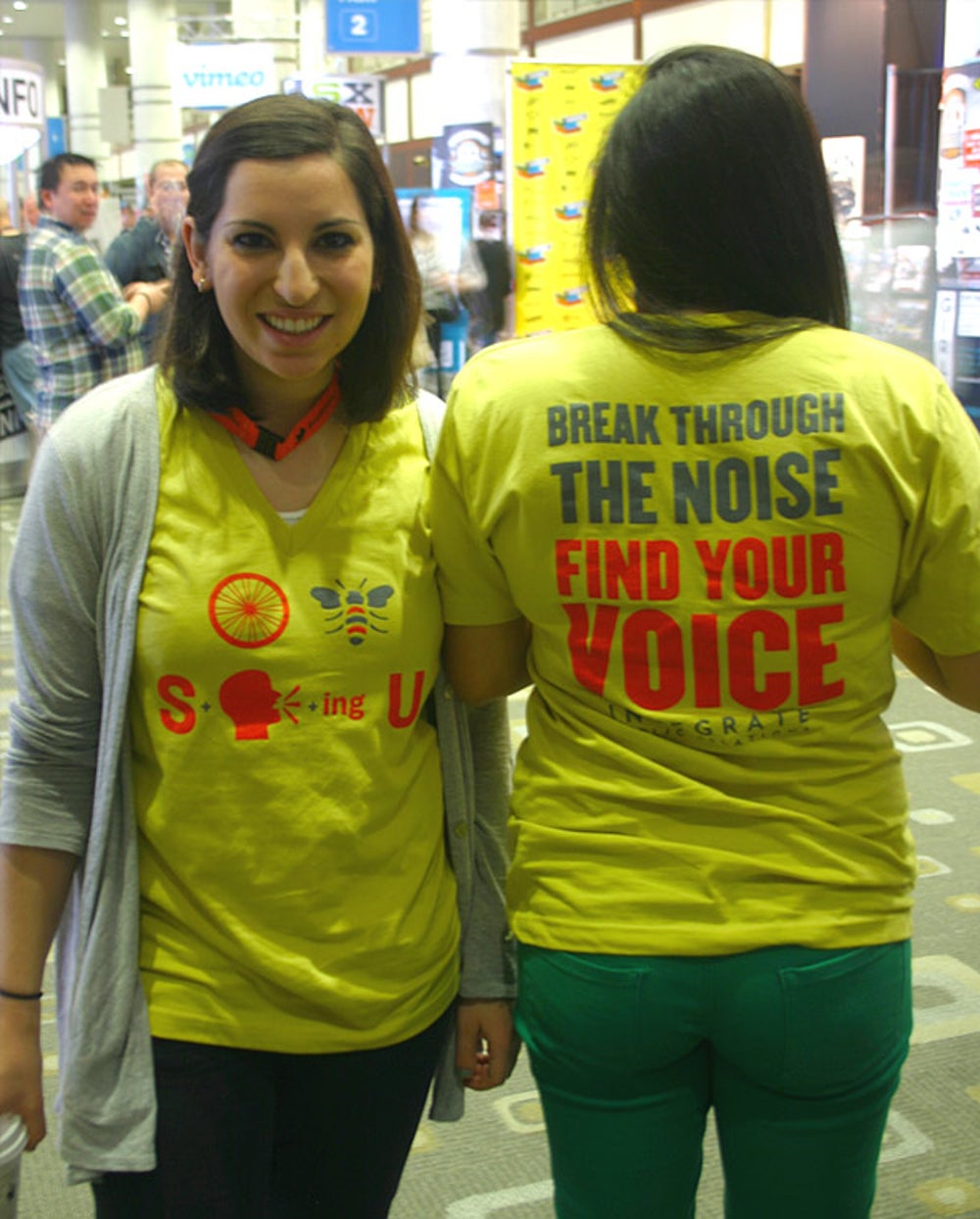 Houston-based firm Integrate PR outfitted their employees in a different digital riddle for each day of the fest. Here Jenny Selber and Stephanie Ignacio model Monday's T-shirt. Can you decode it? 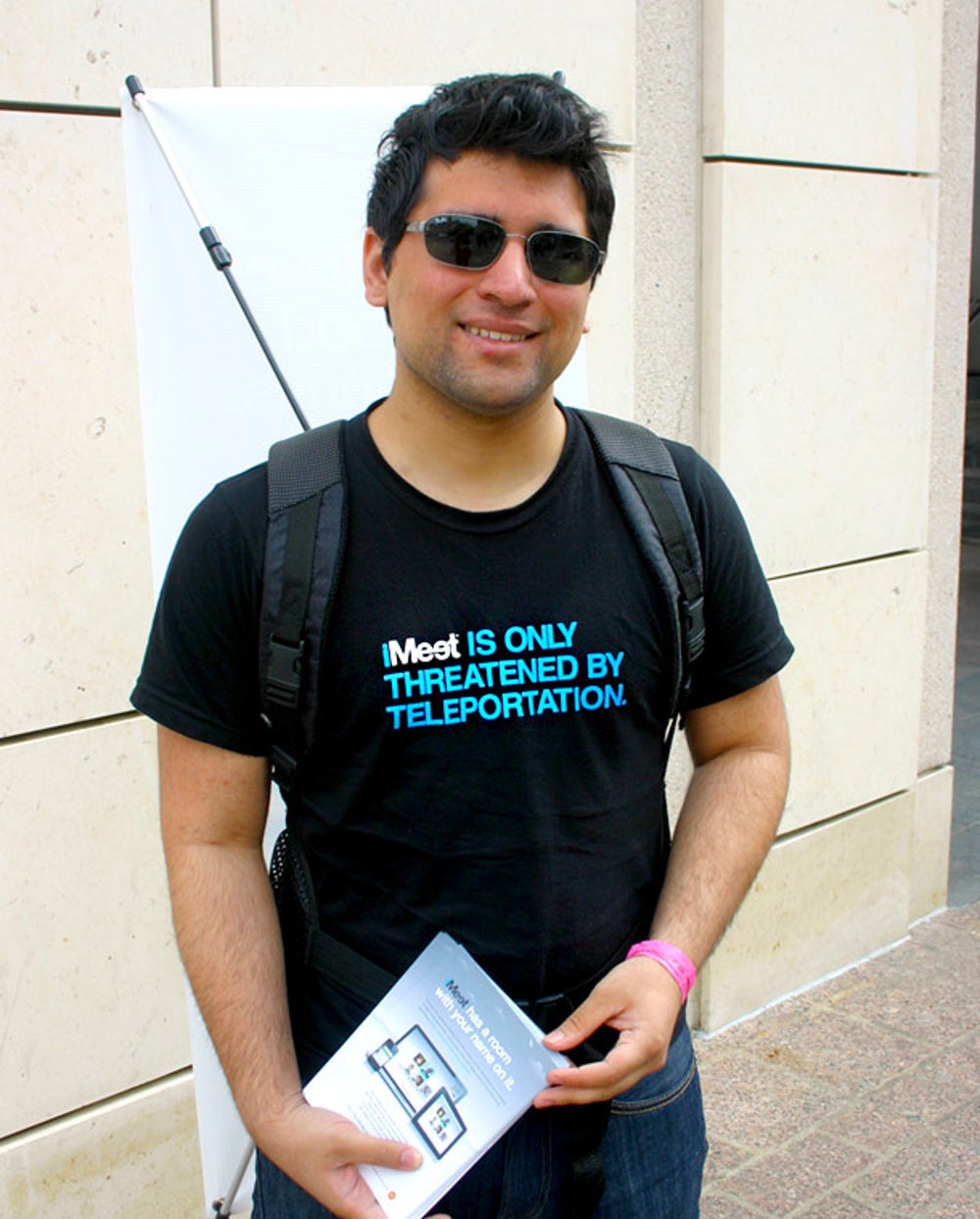 IMeet claims to take video conferencing to the next level, with teleportation being the only better option.

'I Believe You Have My Stapler' 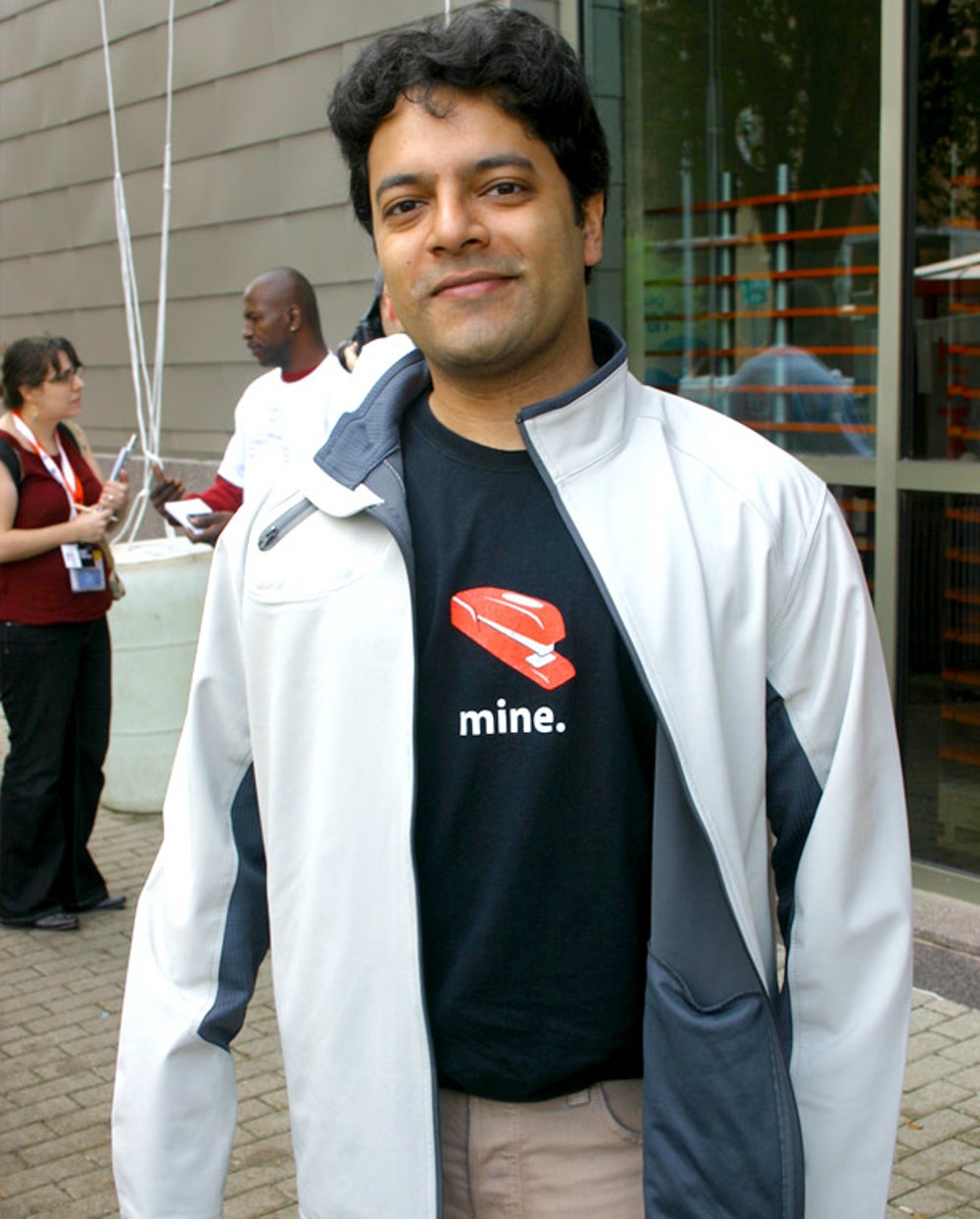 It wouldn't be a tech conference without a shout-out to one of the greatest nerds of our generation, Milton from "Office Space." Arpit Mathur from Comcast Interactive Media pays homage with this red stapler T-shirt. 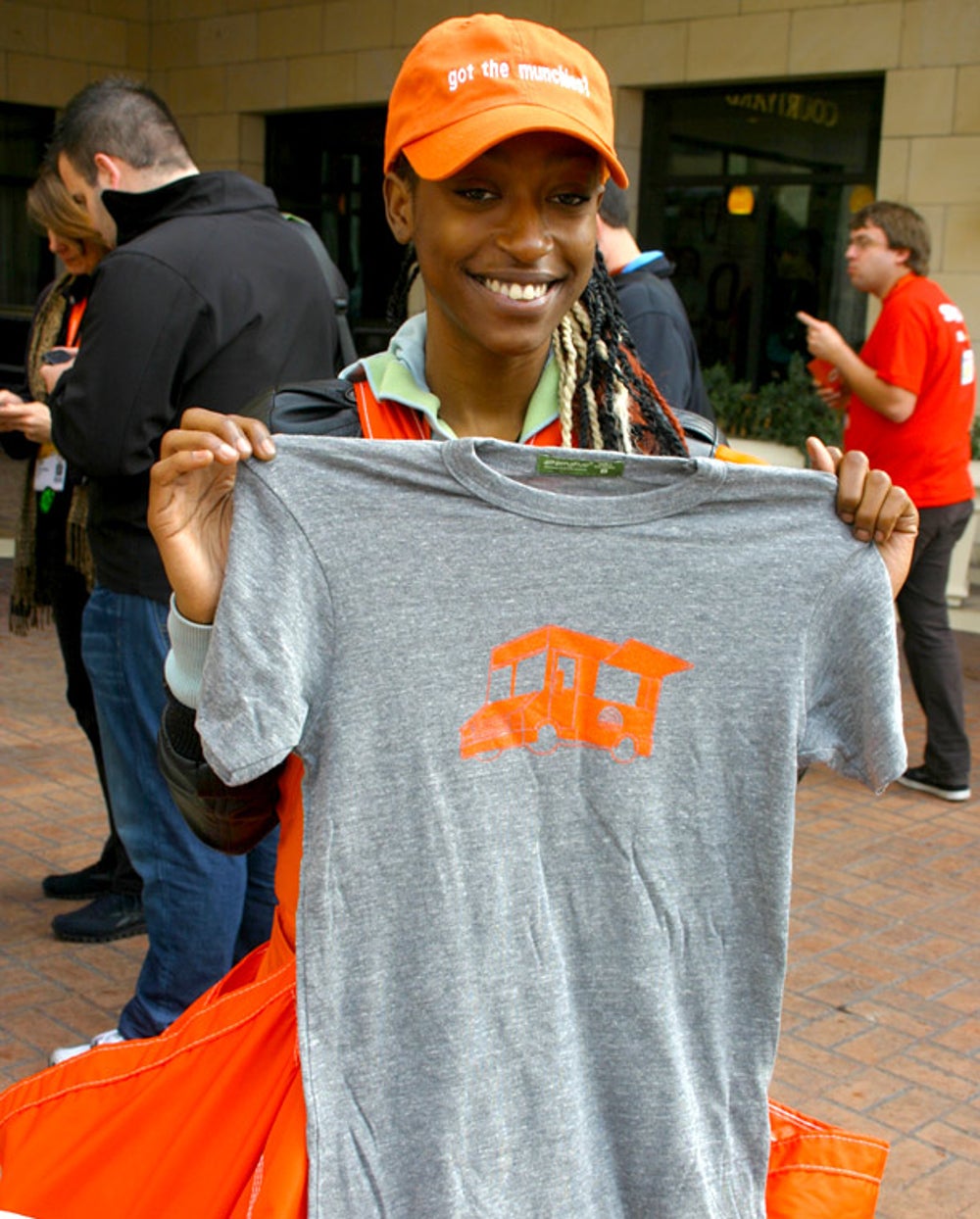 Here, a member of The TODAY Show promotions team hands out free TODAY Munchie Mobile shirts to those who tweet with the hashtag #TodaySXSW. Those lucky enough to happen upon the Munchie Mobile truck also scored a free breakfast prepared by Austin chef Eric Silverstein of local favorite food truck The Peached Tortilla. 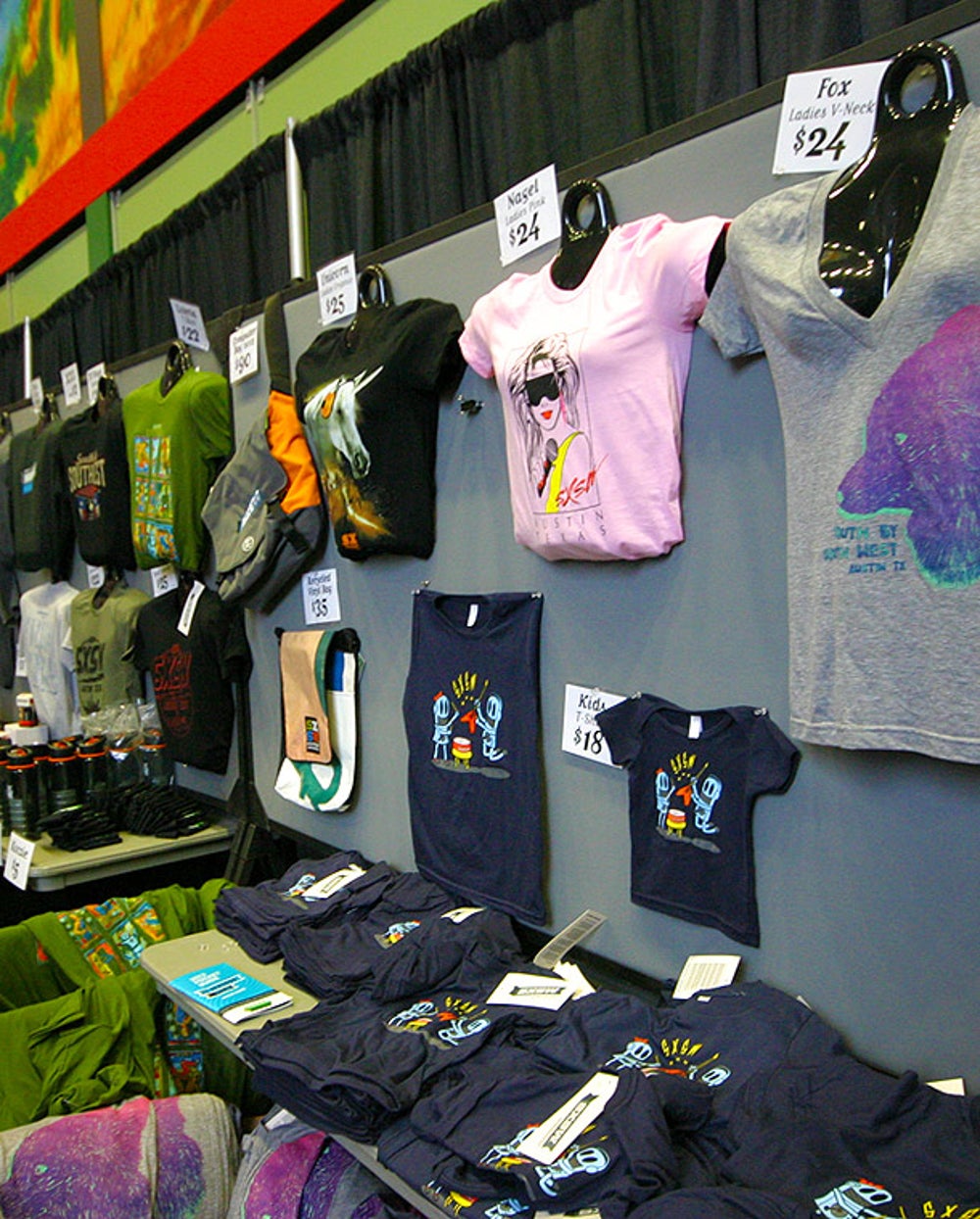 SXSWi festival-goers wanting to take a little piece of the (inter)action home with them have more than a dozen souvenir T-shirt options to choose from, including a few designs with all the weirdness of an internet meme -- like unicorns sporting headphones.