What a Travel Boutique Owner Packs in His Carry On

Rod Kurtz
April 4, 2014 min read
Opinions expressed by Entrepreneur contributors are their own.

In this monthly Travel Checklist column, we ask entrepreneurs to open up their carry-ons and share the items they can't leave home without.

With all those bon voyages, as you'd imagine, John has picked up a few trade secrets along the way:
•"Three glasses of red wine consumed rather quickly makes my sleeping on a flight very easy."
•"I like to be the first one in the row seated -- I feel like the first seated owns the row."
•Never choose a bulkhead seat. They often put people with kids in that row. On international flights, there are portable cribs that fit there -- no thank you!"
•"Make friends with the flight attendants. They work hard and really appreciate people being courteous to them. Makes the flight much more enjoyable." Most entrepreneurs travel for business. But for Brad John, his business is travel. In 1998, while on a flight between New York and Paris, John and his friend and colleague John Sencion were commiserating about how difficult it was to prepare for an international trip -- a last-minute scramble from store to store for power converters, neck pillows, and guidebooks. “What if we brought all those categories under one roof, and made it really cool?” they asked themselves. Thus, somewhere over the Atlantic Ocean aboard Air France 23, the idea for Flight 001, a chain of accessories stores invoking the golden age of travel, was born.

More than 15 years later, Flight 001 now has 23 colorful outposts across the globe, including cities like New York, Chicago, Los Angeles, San Francisco, Tokyo, Bangkok, and Sydney, carrying everything from fashionable luggage to retro dopp kits. As such, John jets from place to place almost as much as his globetrotting customers. He tallies between 60,000 and 100,000 miles a year, primarily checking in with his stores or opening new ones in the United States and abroad, as well as meeting with partners in Asia.

So perhaps who better to ask for packing secrets than an entrepreneur who has literally invented better ways to pack? We recently asked John to open up his trusty carry-on and reveal some of the goodies inside. 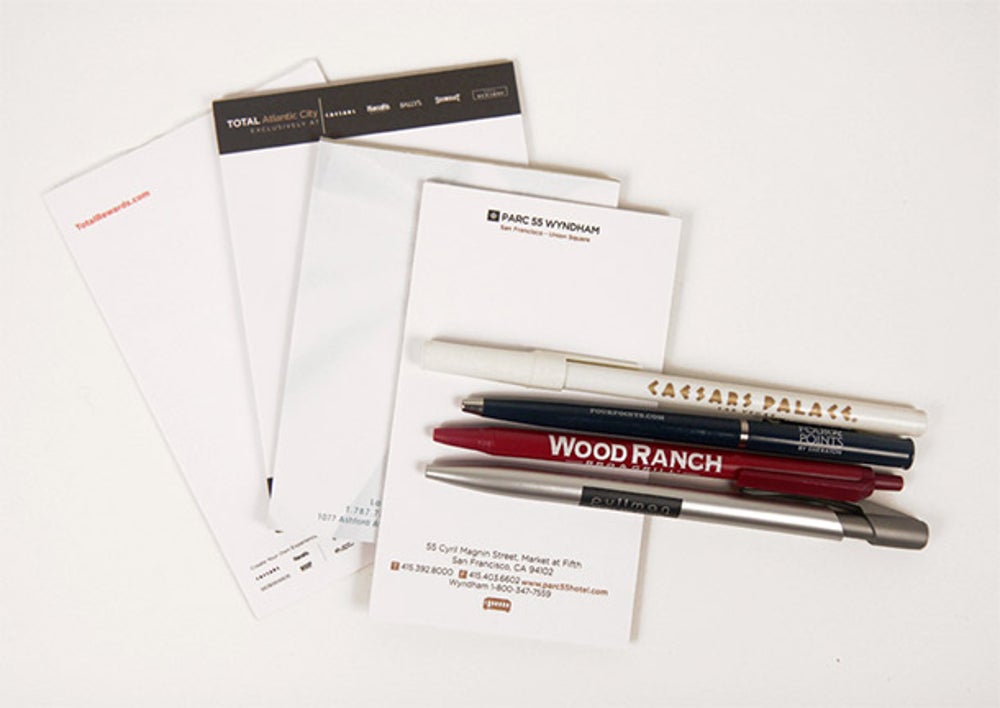 “I collect these everywhere I travel. They come in handy and I also enjoy remembering where I have been. I use pads of paper a lot when I travel -- I find it’s often easier to take a quick note on a pad than to use my cell phone or iPad.” 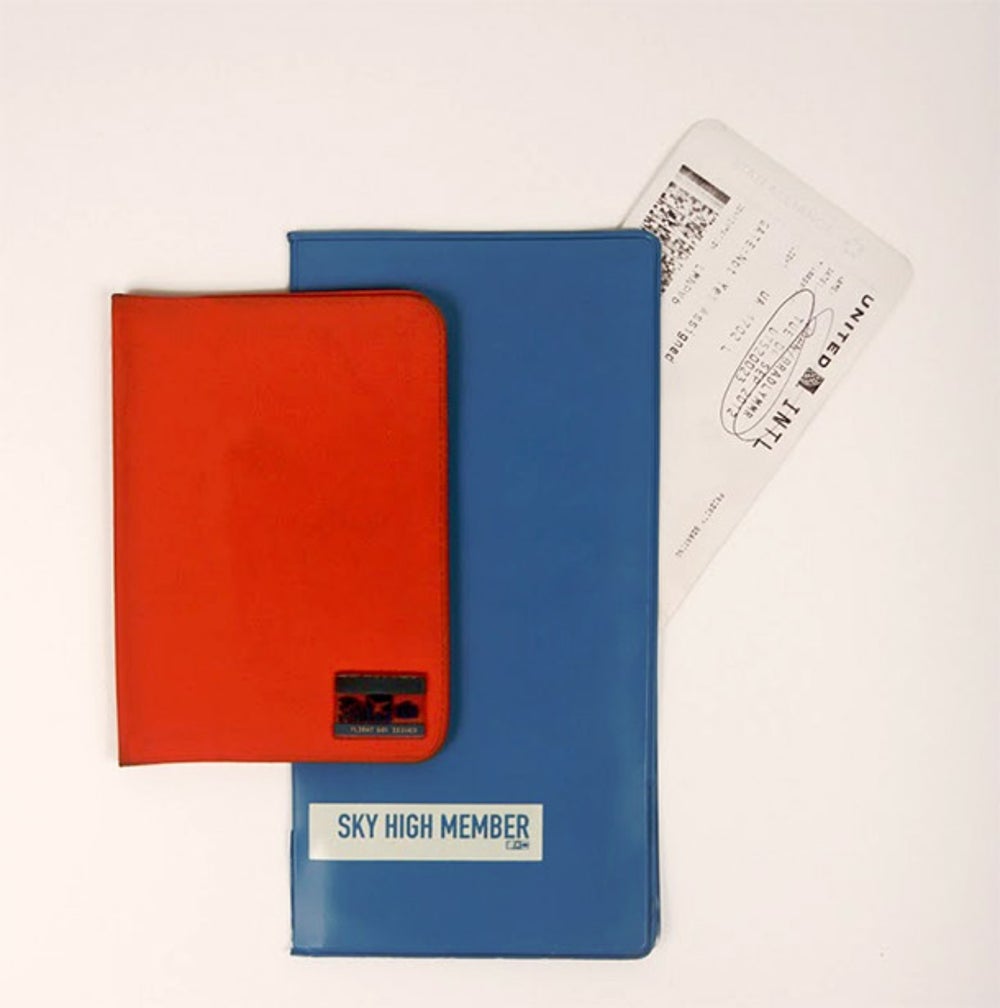 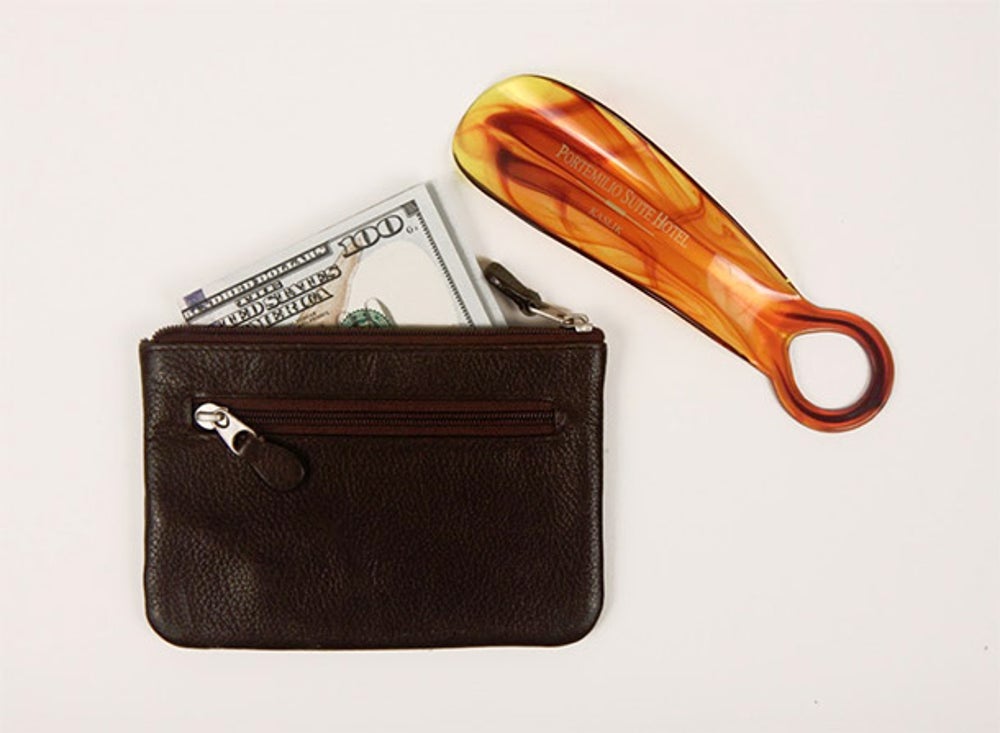 Shoehorn: “This makes putting on your shoes easier after security. Although now, with TSA PreCheck, I don't need to take off my shoes, so I may not travel with it in the future.”

Wallet: “I don't carry a big wallet, but I like to travel with some cash just in case a card does not work someplace. I do not always trust ATM machines and worry that my card may become demagnetized, so I feel better always having cash with me when I travel. On many trips, I do not use most of the cash, but like knowing it is there.” 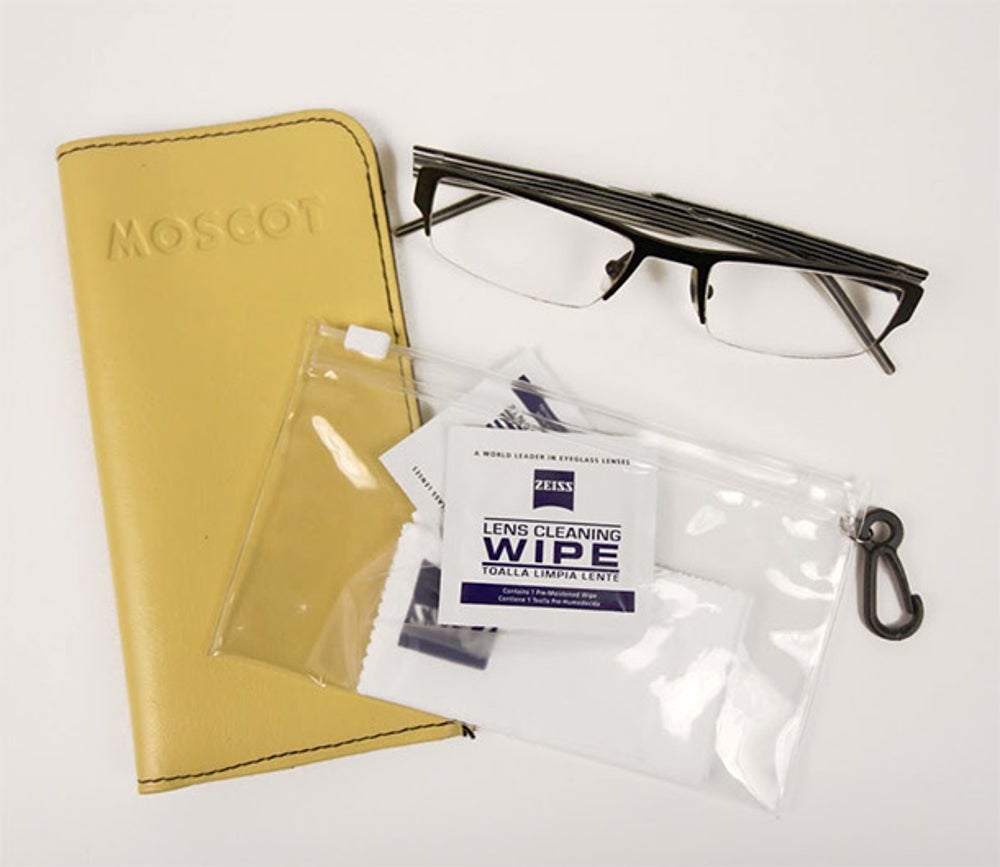 “I cannot read anything without my glasses, so if I lose them or break them, I have a backup pair so I can still function. (I also always bring a lot of eyeglass wipes for both my glasses and my iPad and phone.) On a trip many years ago to Asia, my frames broke right down the middle. I did not have an extra pair of glasses, so I had to Scotch tape them and look like the nerd in elementary school.” 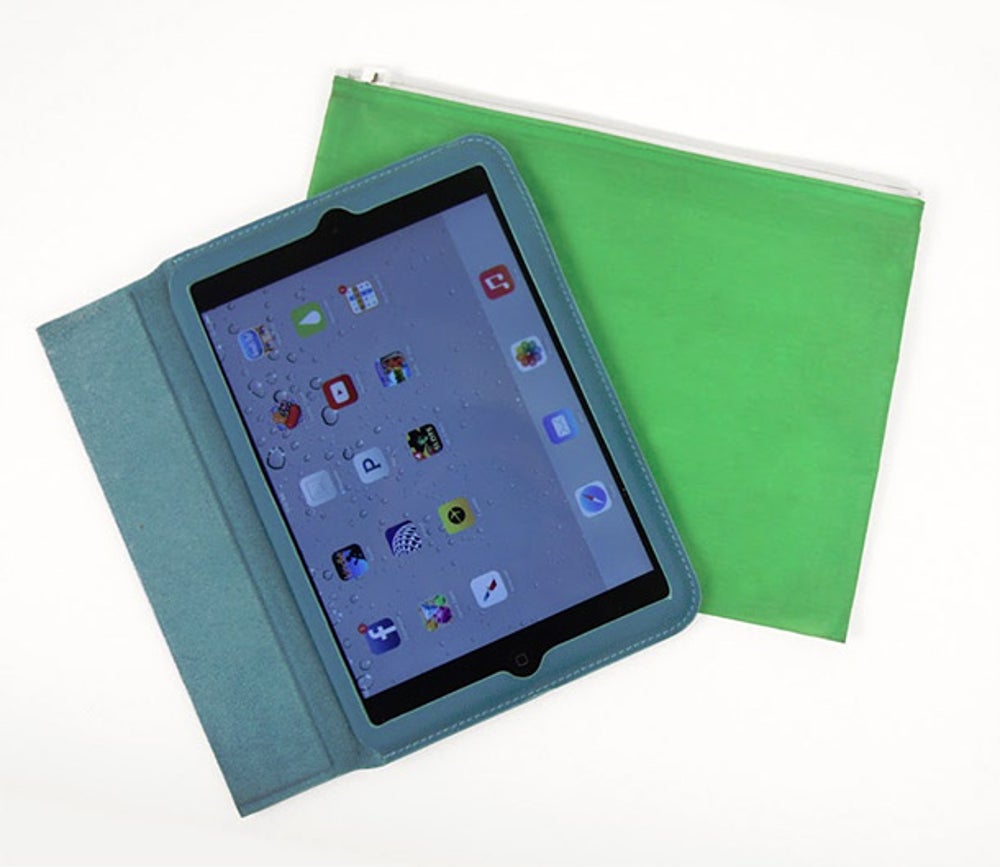 “I always put my iPad, which is already in a blue case, in a lime green pouch. Easy to spot and also I feel like the iPad needs to be in a pouch so that it does not open during travel. A co-worker once left her iPad in the hotel safe, even though she had checked the safe. Her iPad had a black cover -- the inside of the safe was black and she totally did not see it when checking before she left.” 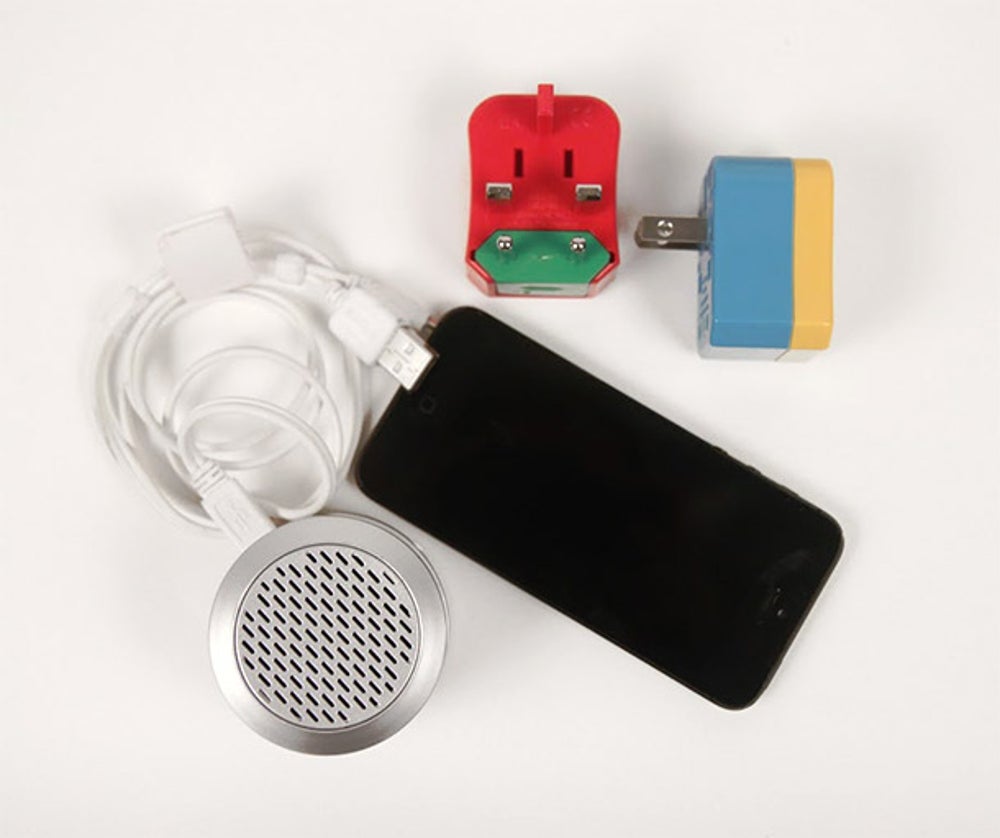 “I like music in my hotel room. And an adapter to power it. I find it easier to carry a multi-adapter, so you don't have to worry about having the correct one -- you never know which country you may end up in.” 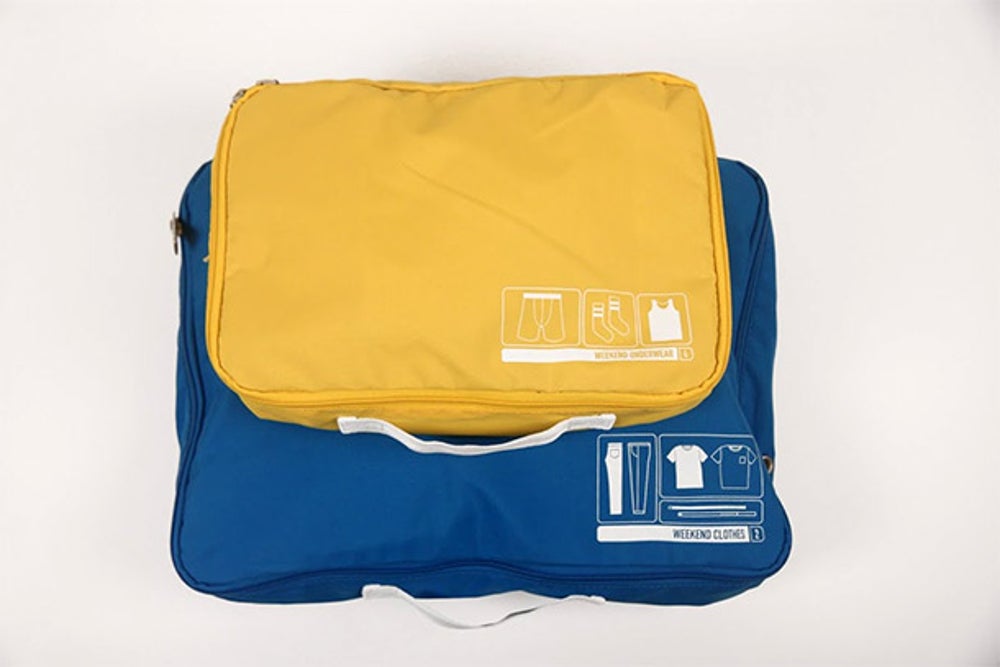 “It is the only way to travel, keeps me totally organized, and my clothes look great when I get to my destination. I usually do not even unpack them. With a clean and dirty side, I take out what I am going to wear that day and at the end of the day, put it on the laundry side of the bag. When I get to my destination and open my bag, it feels good to be so organized. Plus, I am able to pack so much more.” 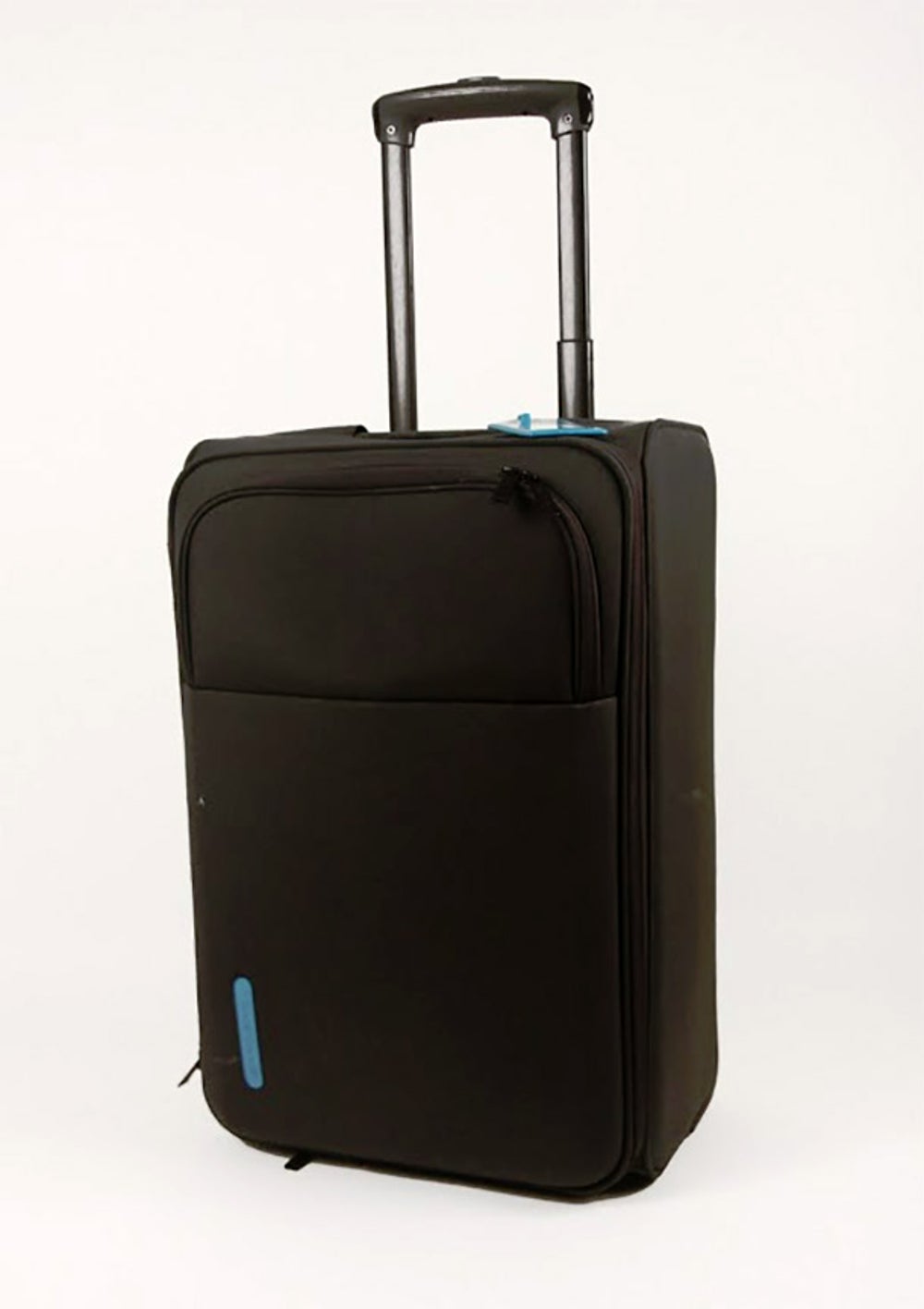 “This is the largest legal-size carry-on. I only like a two-wheel carry-on because it has a larger capacity than a four-wheel (that's why all flight attendants use a two-wheel). It is a molded case designed specifically to fit SpacePak. I don't prefer a ‘soft’ case for check in either. I feel that hard cases travel better and make me feel much more organized.  My check-in case is a Rimowa that I have been traveling with for years.”

“Do Not Disturb” hangers 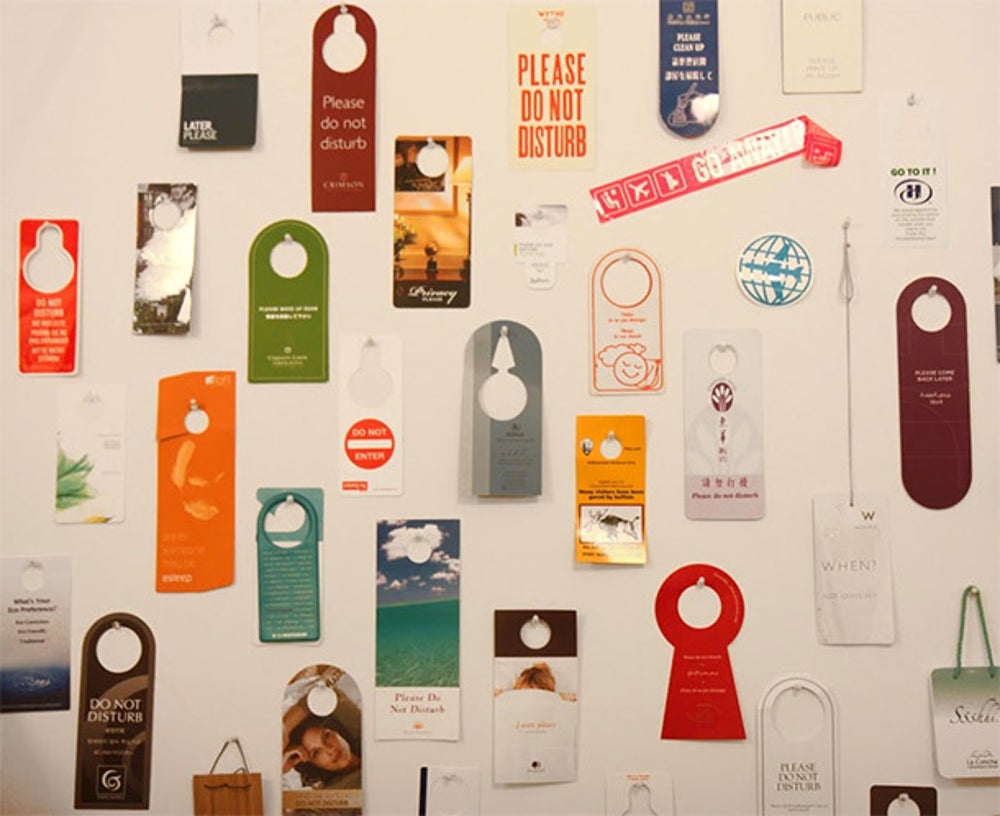 “I collect these. I love the way they look. They remind me of the places I’ve been, like a souvenir. They are becoming obsolete, since many hotels have the automatic ones now.”