The lifestyles of the rich and famous haven't always been so charmed.
Next Article

You might think celebrities never worry about money or don’t think twice when shelling out for fancy cars and clothes or even basic necessities. But the reality is, many of the most successful entertainers and entrepreneurs didn’t come from wealthy backgrounds. In many cases, even if they did grow up comfortable, they had to survive on their own dime before finding fame or fortune.

To help today’s financially anxious young people feel less alone in their money woes, digital investment service Wealthsimple is running an ongoing series called “Money Diaries.” It features candid interviews with actors, authors, athletes and more about their first experiences with money (odd jobs and allowances), scraping by in their 20s, managing an influx of cash when they had their big breaks and more.

Many of the celebrities, entrepreneurs and thinkers featured in the series are forthcoming and vulnerable in the anecdotes they share. They don’t take money for granted -- they save it and think twice before they spend it. Most notably, many of them acknowledge that money is fleeting.

Click through to learn how Anthony Bourdain, Margaret Atwood, Iman Shumpert and other successful folks think about money.

Some quotes have been edited for clarity.

Related video: 11 Passive Income Ideas You Can Use to Make Money Without Working 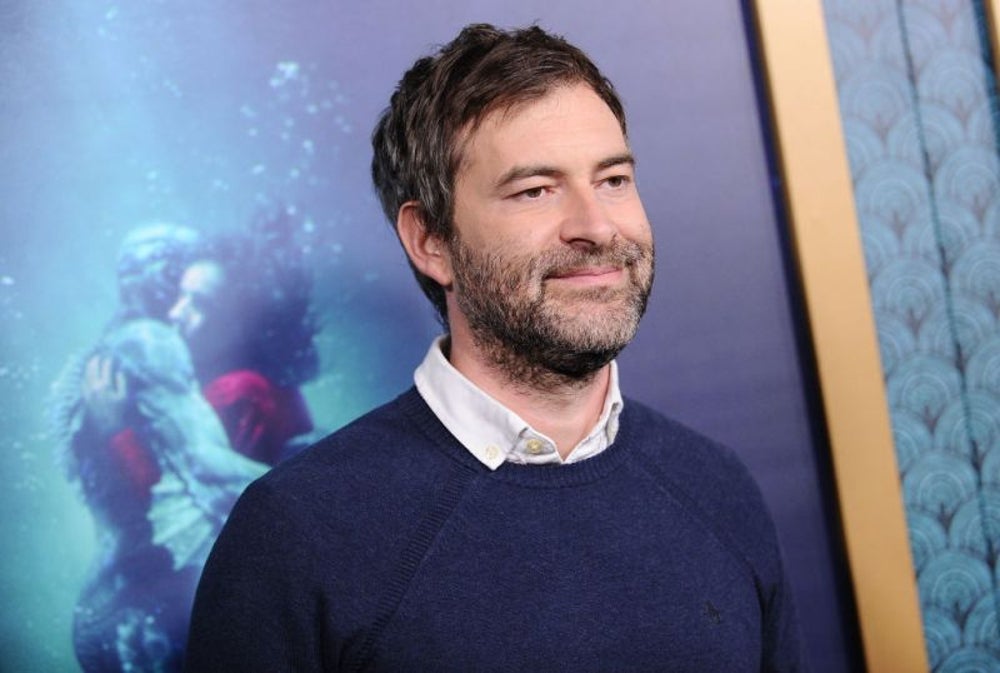 “I don’t like spending money on anything that goes away. But I live in a big, expensive house, because I know that will appreciate in value. I like to fly coach and I like to drive a Toyota. I’m a very traditional kind of 1940s guy who’s like, ‘You gotta invest and let it appreciate and build your wealth and compound it.’” 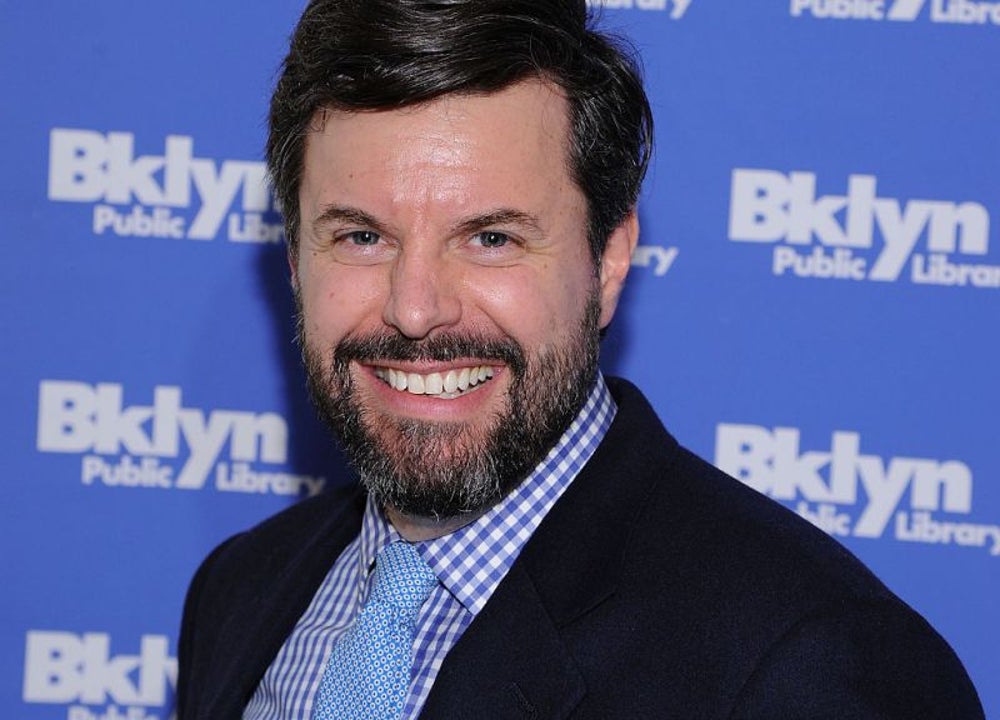 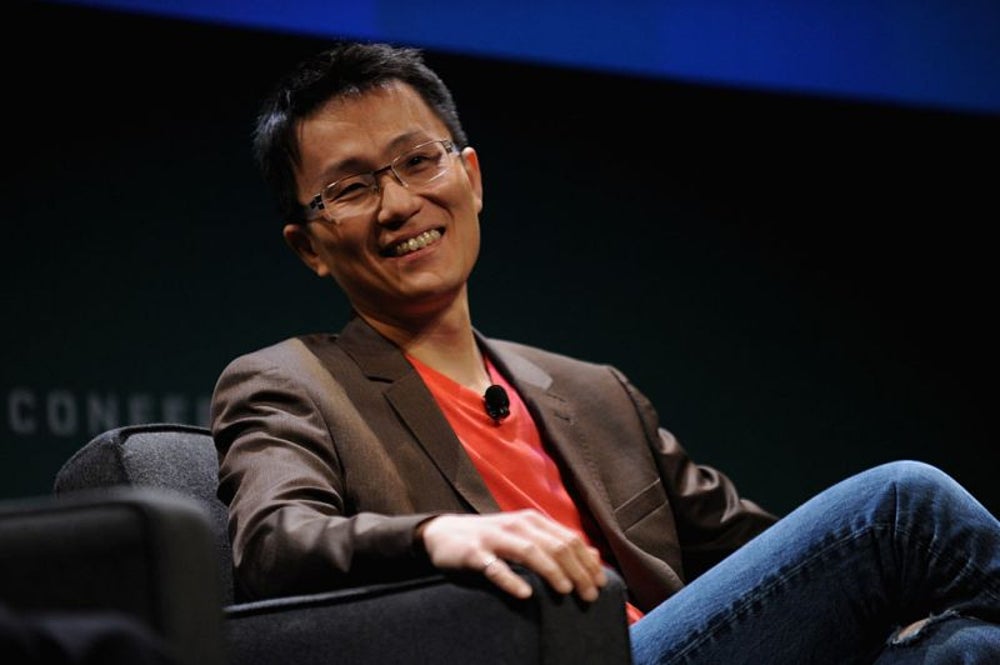 “I still remember the look my wife gave me when I told her I was going to quit and start a new company focused on mobile reading. … Almost a year later, we passed 1,000 active users, but we had no venture capital. The only way we could make money was to add some Google advertisements to the website. I remember we got a $2 check at the end of the month. I was sitting at a café with Ivan Yuen, my co-founder, and I said if we wanted our revenue to buy a coffee, we’d have to share this cup. It was super stressful.” 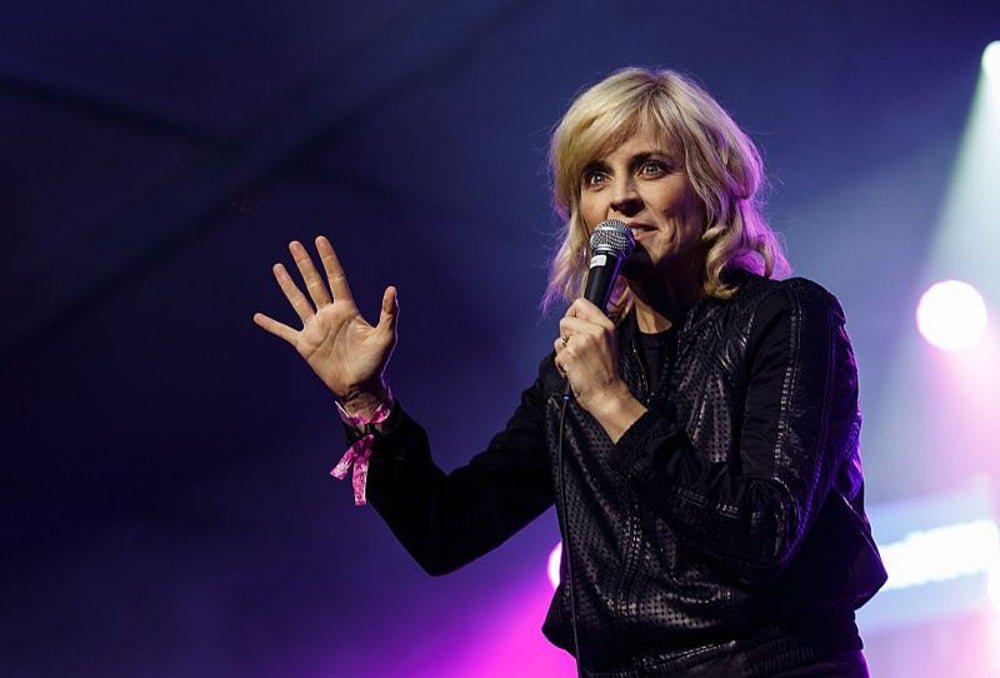 “There’s so much shame attached to discussing finances. I don’t totally understand it. Why can’t we all know what everybody’s earning? When I get booked to do a stand-up show, I can gross $20,000 or more in a night. That’s my current market rate. Two years ago, it would have been maybe a quarter of that amount. A year from now, it could be more or it could be a lot less. It’s impossible to predict. My finances have definitely changed from one year to the next.” 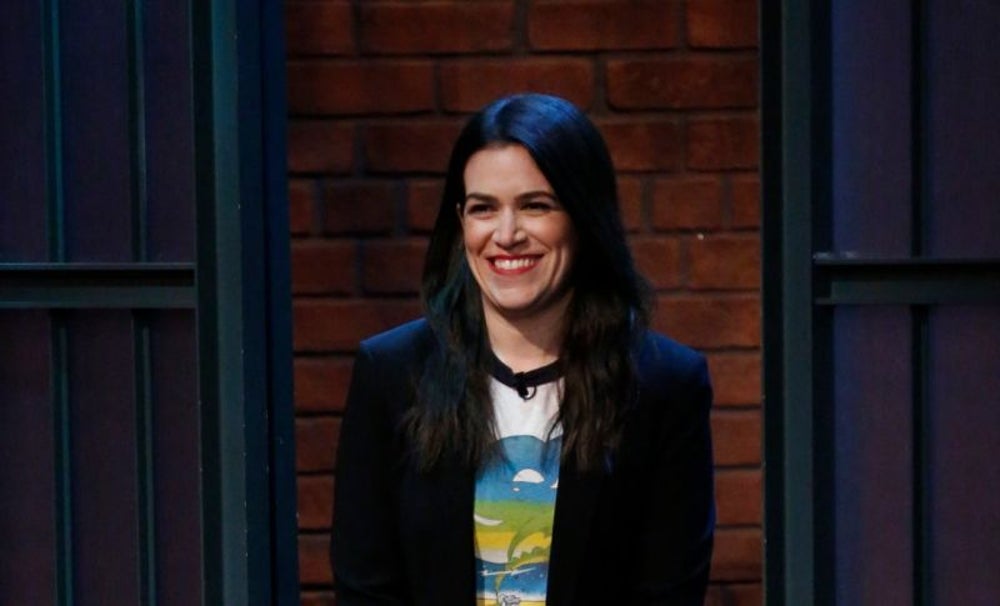 “For the most part, I’m careful to save money, because I get a little nervous that the success I’ve been finding just won’t keep going. But I also work hard all the time to ensure it won’t all go away. The next thing is always in the works. And lately, because I work so much, I’ve been feeling a bit like a workaholic. … But now the thought crosses my mind: What am I working for if I’m not going to get to enjoy things? So I’ve actually started to splurge on myself and other people in ways I never have before.” 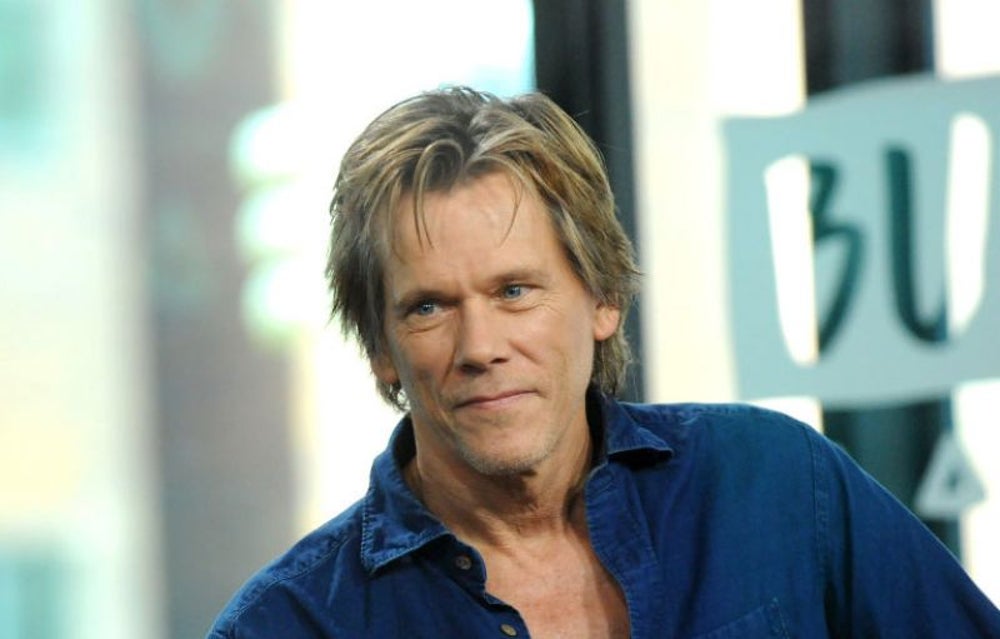 “After high school, I moved to New York City. That’s what I did. I didn’t have anything lined up, and I started working in restaurants, first as a busboy, and then as a waiter. My relationship with money was very loose. I had no budget, no savings, no credit cards and no bank accounts. I was a cash-only kind of guy. I’d get paid out at the end of the night, spend some of it at the bar, wake up the next day, and check my pockets to see how much money I had left. There was never a budget or any kind of longer-term financial plan.” 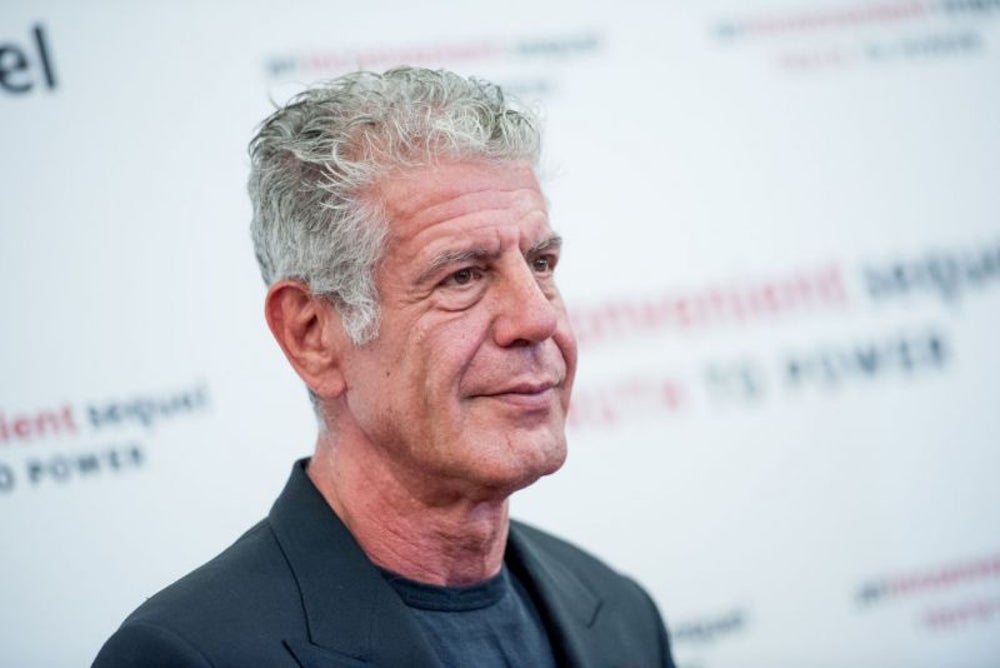 “In cooking school, I’d work weekends in New York as a cook; I think I was paid $40 cash per shift, which was a lot at the time. I made extra money by playing poker and Acey-Deucey, another card game. I may or may not have moved a little product.

“I didn’t put anything aside, ever. Money came in, money went out. I was always a paycheck behind, at least. I usually owed my chef my paycheck [for] cocaine. Until I was 44, I never even had a savings account.” 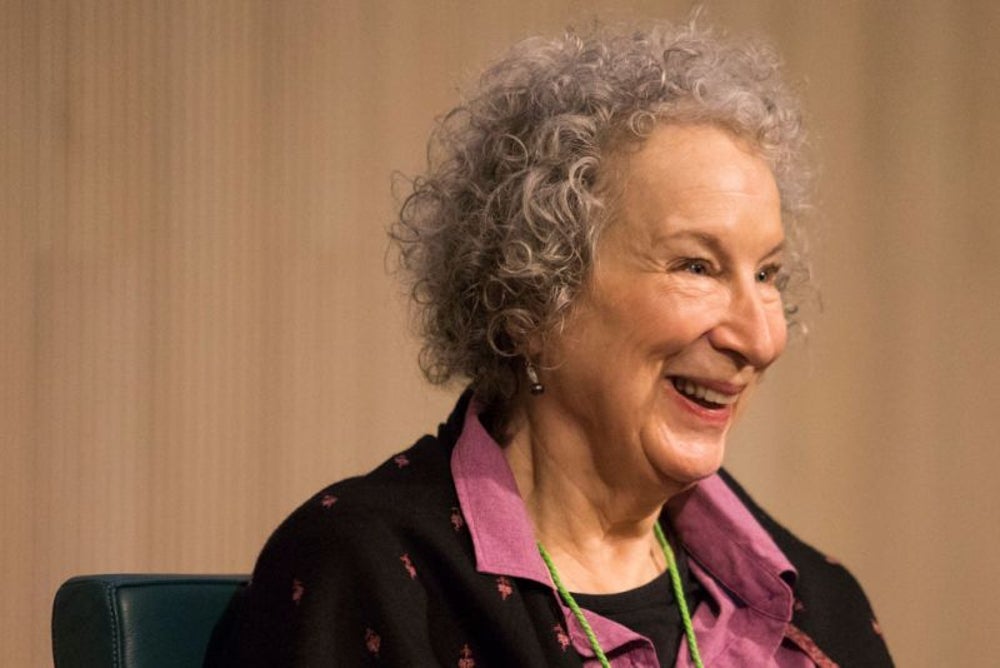 “The Handmaid’s Tale television series was not my deal. I sold the rights to MGM in 1990 to make a movie -- so when the TV rights were sold to Hulu, the money went to MGM. We did not have a negotiating position. I did get brought on as an executive consultant, but that wasn’t a lot of money. People think it’s been all Hollywood glamour since the TV show happened, but that’s not happening to me. But book sales have been brisk, so there’s that.”

Related: 12 Leaders, Entrepreneurs and Celebrities Who Have Struggled With Imposter Syndrome 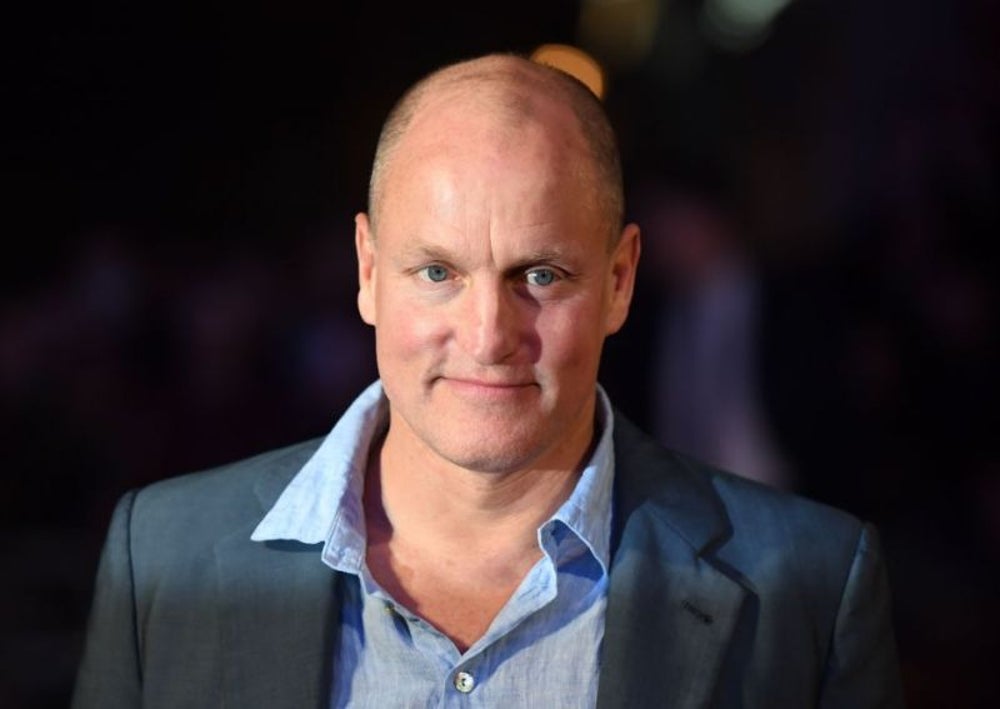 “Every once in a while I treat myself with a special purchase. The most extravagant I’ve been is when I bought a Tesla not too long ago. I like the way it drives, and I really like the idea of reducing my carbon footprint. But often, I’ve found, the least expensive things can be the most personally rewarding. Take my wedding, for example. The whole event cost a total of $500.” 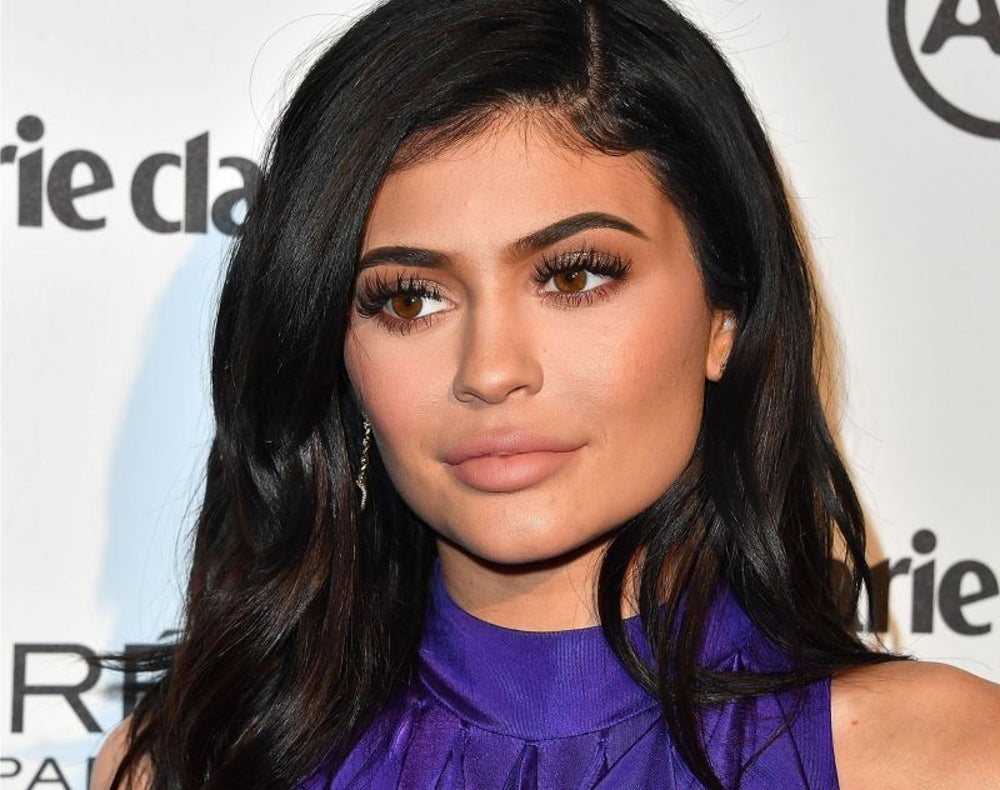 “Over the years, even as I’ve had more money available to me, my relationship with money hasn’t dramatically changed. I’ve never been the type to say, ‘Oh, look, I just made all this money. Now I can go spend it.’ One day, I’ll step out of the spotlight, I think, and just live a normal life. And just because I have money now, doesn’t mean I’ll always have money.”

Related: What Tech Companies Such as Snapchat and Their Users Should Remember When Updates Cause Outcry 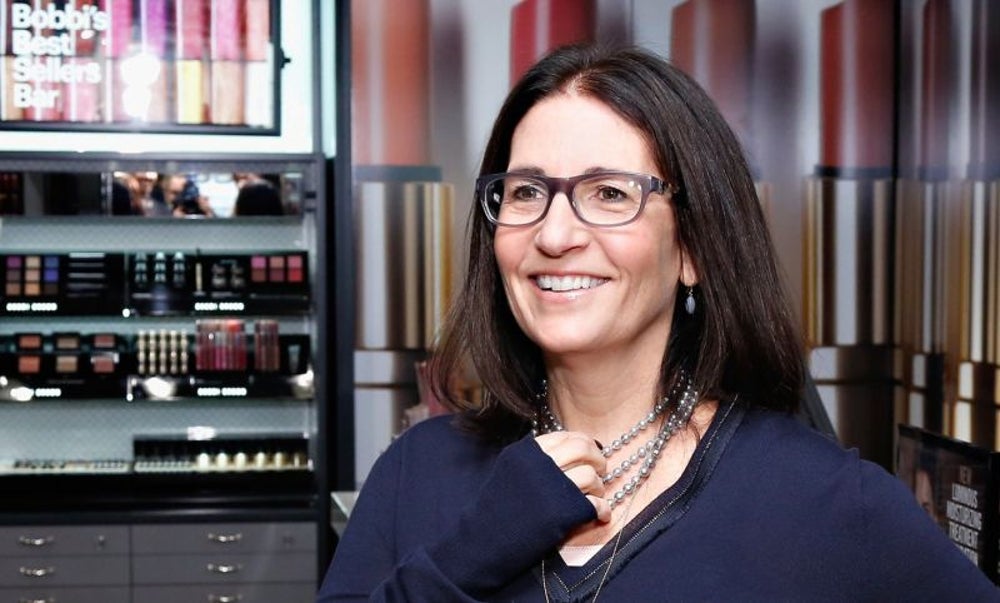 “I have never been great at sticking to a budget. I used to owe more in interest on my credit card than I owed for stuff I bought on the card. I remember being really young and calling my dad in tears, and I thought he was going to say, ‘You’ve got to learn how to live within your budget!’ Instead, he said, ‘Forget about following a budget. Why don’t you just figure out how you’re going to make more money?’ I’ll never forget that.” 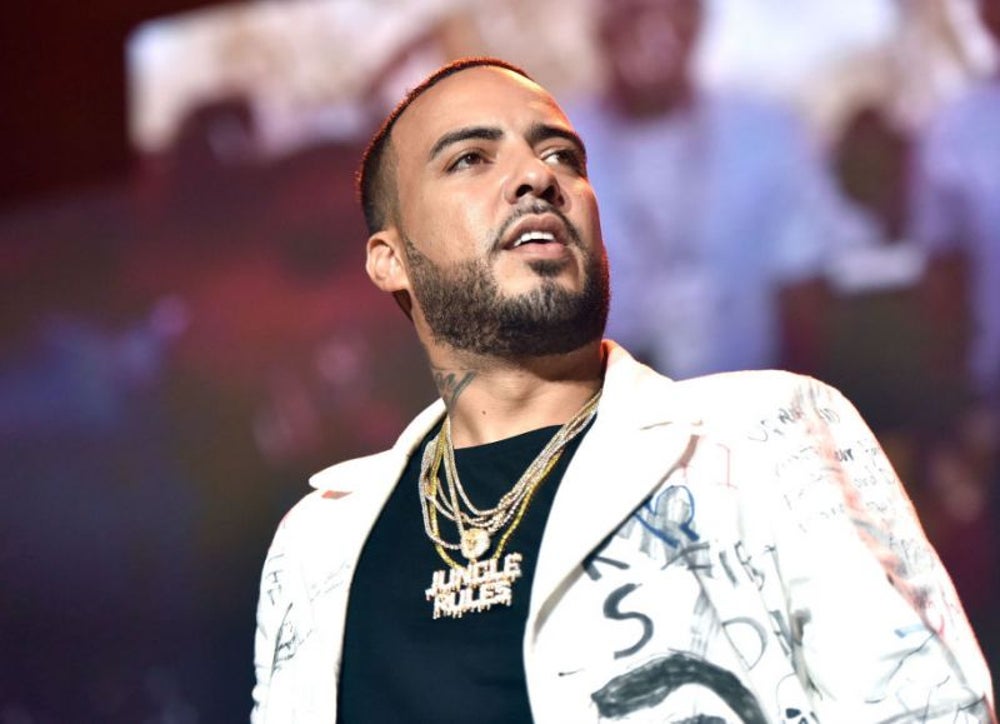 “People expect you to spend lavishly everywhere you go -- strip clubs, restaurants. I’ll always tip $100. But if you spend like crazy every day, you will go broke. It’s funny in some ways that I have to throw $50,000 or people will think I’m broke because for most of my life I was broke.” 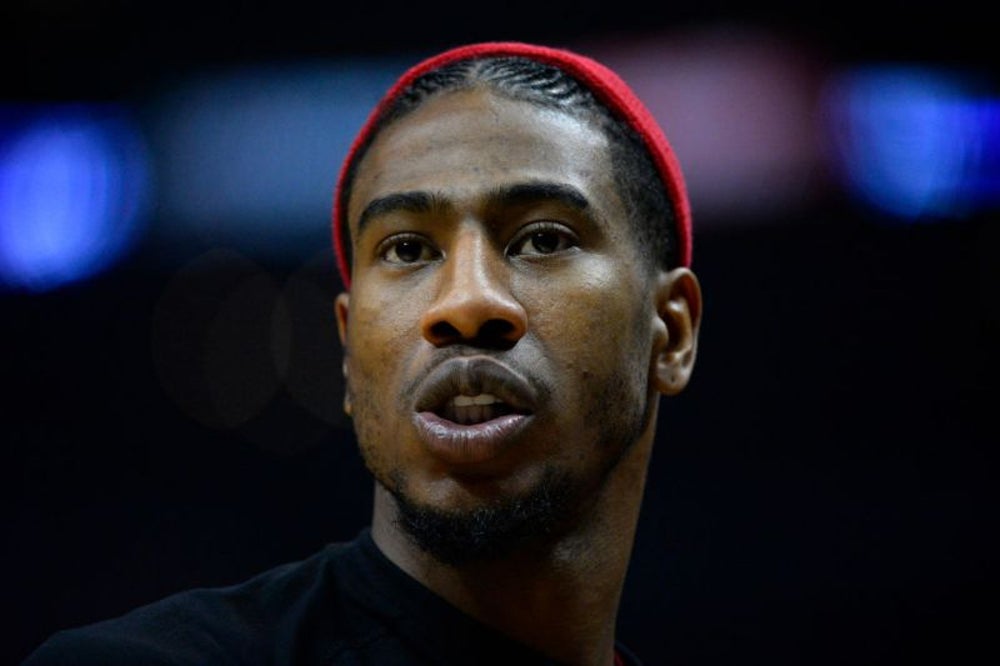 “Now that I think about it, our whole team isn’t big on expensive stuff. For as much money as we make, we’re all pretty cheap. We split the bill at dinner. We're smart about our coins, man. If I ever wanted to have someone on the team invest my money, it’d be LeBron.” 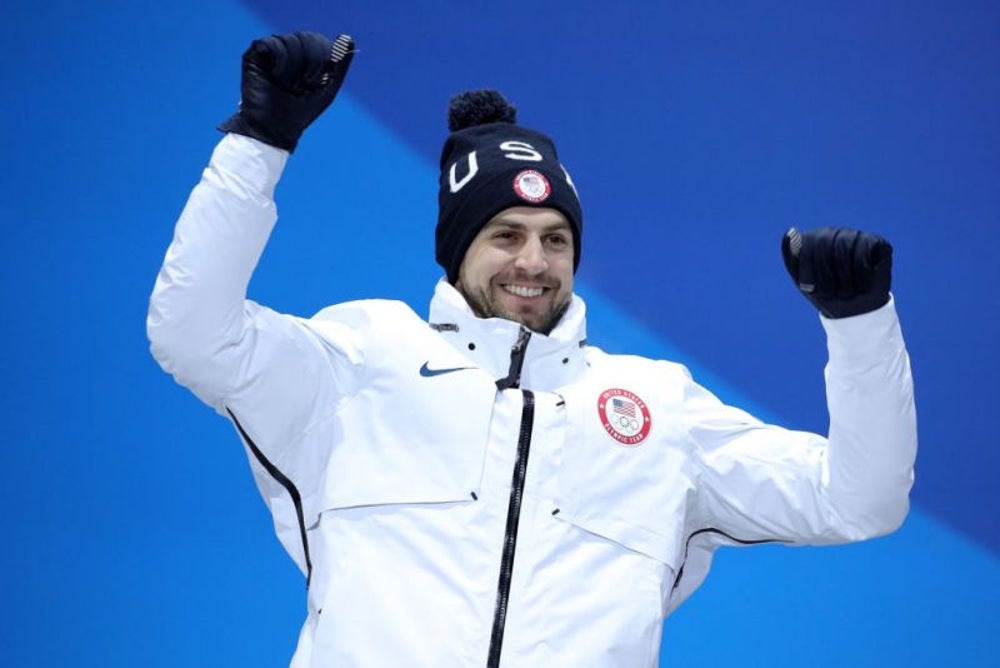 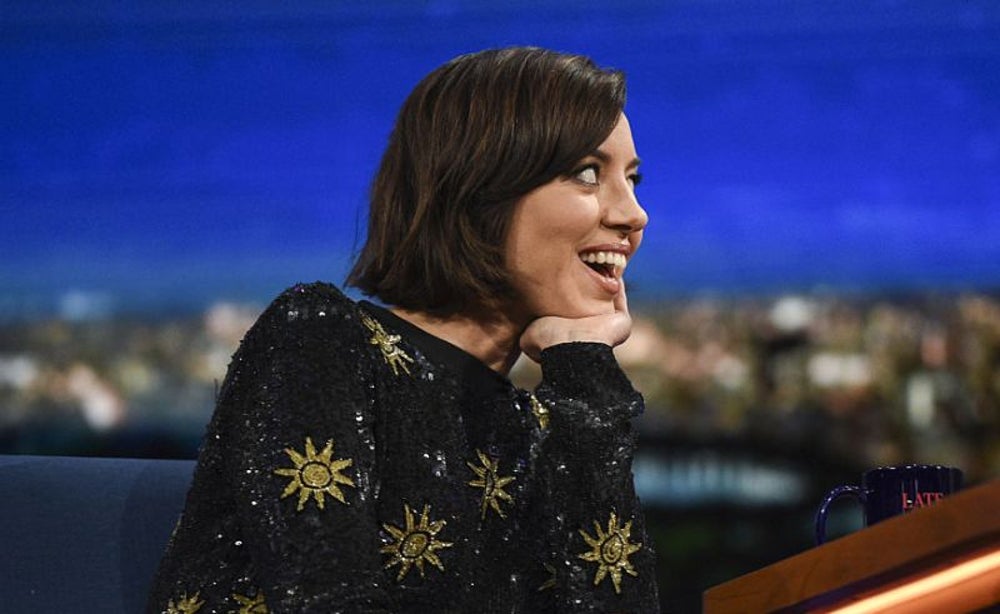 “[Because I didn’t have money] I used to eat peanut butter out of the jar for lunch ... In four days, everything happened for me. I was at the right place, right time. Now I eat fancy almond butter, but still out of the jar.” 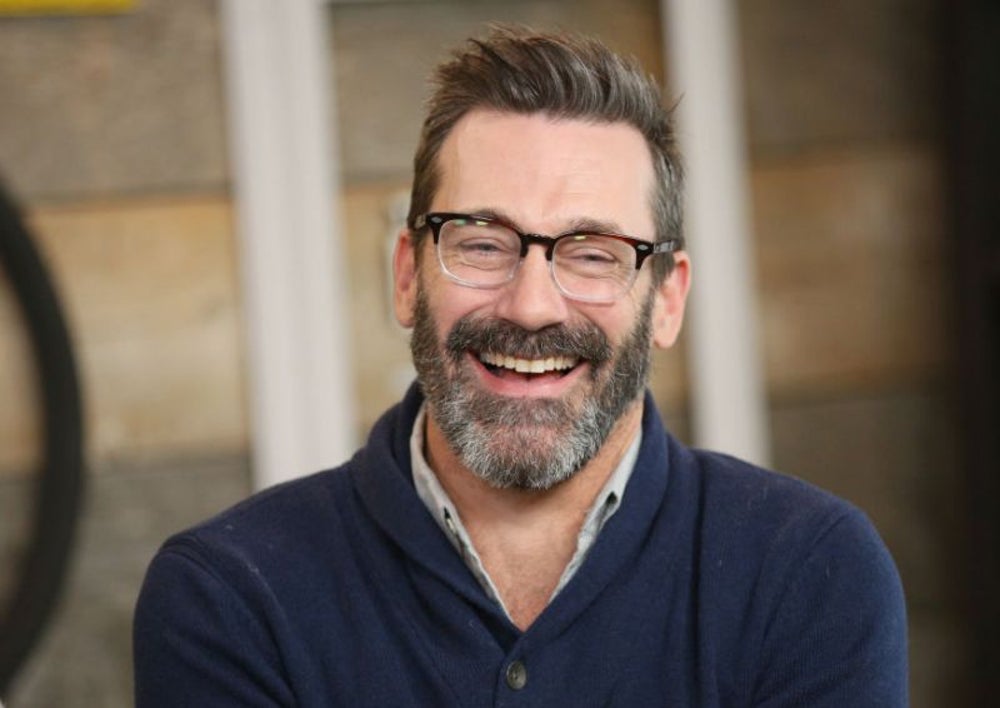 “I worked in restaurants for a long, long time. Recently, I realized that I’d crossed an interesting threshold. I’ve now -- just recently -- been working as an actor for longer than I worked as a waiter and bartender. To me, the main reason to have money is to remove the hindrances that accompany being broke. Once those hindrances are out of the way, it doesn’t matter if you have a ton of money or just a comfortable amount.”