How to Launch a Business Abroad

Thinking of becoming an entrepreneurial expat? Here's what you need to know.

By Michelle Goodman July 14, 2010
Opinions expressed by Entrepreneur contributors are their own. 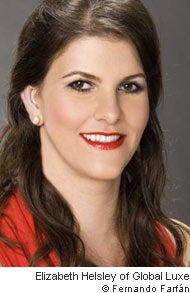 After working in Mexico City as a manufacturer's representative for two years, Elizabeth Helsley thought about returning to her hometown of San Diego to start her own company. Then she ran the numbers and discovered that bootstrapping her business in Mexico would drastically reduce her overhead. She decided to stay.

"The cost of living here is so much cheaper," says Helsley, who launched Global Luxe , a firm that helps manufacturers enter the Mexican market, this spring. "I just moved into a really nice place with three bedrooms, and I'm paying less than $800. In San Diego, the same place would be $2,000 a month."

But she's not just saving on room and board. Her operating costs are also significantly lower.

"Here, I can hire an accountant for $20 a month," Helsley says. Also cheaper: legal services, printing costs, trade show fees and, most significantly, corporate taxes. (According to KPMG's latest "Competitive Alternatives" report , Mexico's business taxes are 40 percent lower than those in the United States.)

For Helsley, the financial boon wasn't the only detail that tipped the scale in Mexico's favor. She already spoke the language, had a large network of professional contacts and had no trouble obtaining a long-term visa.

Of course, not all regions roll out the red carpet for U.S. entrepreneurs. Depending on the location, you could face difficulties getting a long-term visa, cutting through regulatory red tape and keeping as much of your revenue as you'd like.

Emigration 101
Among your top concerns should be whether you can legally emigrate to the country you're considering.

"Most of the industrialized, more advanced countries tend not to just let people come and open up shop," says Christopher Uzpen, a partner in the international tax group of law firm Withers Bergman LLP .

In other words, unless you've first established residency by living or working in your country of choice, nabbing a long-term visa can be easier said than done. 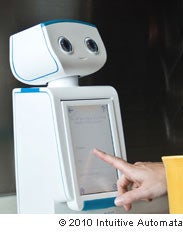 Cory Kidd, founder and CEO of Intuitive Automata , a health-care robotics startup based in Hong Kong, knows this firsthand.

Although getting his initial employment visa after setting up his company's legal structure in 2008 was a snap, renewing it each year has required jumping through hoops.

"Hong Kong Immigration appears to be used to granting visas for employees of large, well-established companies but not for startups," Kidd says--this despite the fact that his company employs 11 people, received a $250,000 interest-free loan from the local government, belongs to a local business incubation program and has raised a small round of angel investments.

Get the Lay of the (Foreign) Land

China, India, Brazil, Russia and some parts of Africa are among the more difficult startup locations for Americans, says Larry Harding, founder and president of High Street Partners , an international business services firm. And with the exception of the UK, he adds, doing business in the European Union can be pricey. (On the flip side, Harding calls starting a business in Hong Kong, Singapore or Japan "relatively straightforward.")

Even if a region does welcome foreign entrepreneurs, the local infrastructure may not live up to U.S. standards, especially in developing nations.

"Here, we take it for granted that if our business is broken into, we can call the police," says Bruce Bachenheimer, clinical professor of management and program director of Pace University's entrepreneurship program . "But in other countries, the rule of law may not be what we expect."

"We're okay with that," says Wong, who originally hails from Boston. "But if your business is heavily reliant on interactions on blogs, Twitter and Facebook, then China is not an ideal location for you."

Play Location Scout
Obviously, doing the necessary recon before you relocate is a must. Embassies and trade missions in the United States are fine places to start. So are the chambers of commerce and U.S. embassies in your target location, many of which you can mine for introductions to other business expats, as well as referrals to local attorneys, accountants, business advisors and banks.

But international entrepreneurs say nothing beats visiting your target location and immersing yourself in the culture before taking the permanent leap. 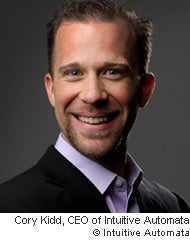 "I came here three or four times before starting the company," says Kidd, who began visiting Hong Kong five years ago. "The first was a vacation. The second was to start considering it as a startup location. I stayed in an apartment instead of a hotel to get a better sense of what it would be like to live here. The last visit or two was networking for setting up the company."

Learning the local tongue can only help open those professional doors, says Helsley, who's fluent in Spanish.

"You really have a deeper understanding of the culture if you learn the language," she says. "You can pick up on things that you might not pick up on otherwise." For example, she says, "In Mexico, a lot of times when people say 'yes' they really mean 'no.'"

Adopt Local Business Practices
Along with the required permits, registrations and business licenses, you need to suss out the local labor laws and employment practices ahead of time.

"In some places, the labor is relatively cheap, but the churn factor is 100 percent," Harding says.

For insider info, he suggests asking other business expats questions like: How challenging is it to hire local people? Where's a good place to find them? What are the employment costs? What's the turnover like?

"It's a matter of figuring out all the details and nuances--simple things like the structure of an employment agreement, how to recruit candidates, how to motivate and incentivize employees," Kidd says.

Cultural attitudes and regulations surrounding work-life balance are another consideration, Harding says. Working 80 hours a week to launch a startup might seem completely natural to you. But in quality-of-life-conscious France, he says, expecting that much overtime from employees won't fly.

Follow the Financial Trail
The low overhead that enticed you to launch your business overseas won't do you much good if you sacrifice your savings to unfavorable exchange rates, repatriation rules and tax regulations. For this reason, say entrepreneurial expats, enlisting the services of a local tax professional is critical.

"You want to have any taxes you pay in a foreign country reduce the taxes you pay in the United States whenever possible," Uzpen says. What's more, he adds, you want to keep your tax bill in mind when choosing a legal structure for your business, as the structure you select likely will affect the amount you owe.

"Ultimately, you don't want taxes to drive how you do business," Uzpen cautions. "But as an American, you've got two jurisdictions to worry about, which a lot of entrepreneurs from other countries don't have."

Michelle Goodman is a freelance writer and author of My So-Called Freelance Life: How to Survive and Thrive as a Creative Professional for Hire.