Is Your Business Taking Over Your Marriage?

How three entrepreneur couples balance romance and the passion for their business.

When Dediako Rodgers and Rachel Lowery began dating, they often spent weekends laying tile and installing windows in homes for Dediako's real-estate renovation business. It wasn't a typical date, but Rachel, an aspiring business owner herself, was attracted to Dediako's entrepreneurial spirit.

The couple married three years later in 2008. Since then, Dediako and Rachel chose to give up certain pleasures, such as traveling and pursuing hobbies, to focus on the business. "We definitely have to make sacrifices, but we still find a way to have a good time," says Rachel, who is 28.

But those sacrifices can put strain on a marriage, whether it leads to neglecting the relationship or finding it tough to manage unpredictable finances, says Marni Galison, founder of New York-based matchmaking service Sunday at Noon.

But there are many who find a way to make it work. Here's how three entrepreneurial couples faced the challenges their business brought to their relationships. 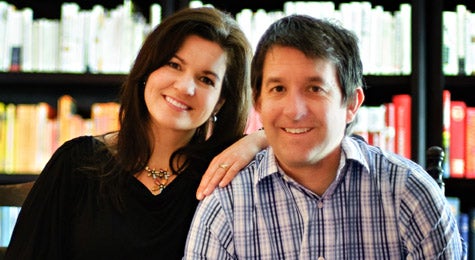 Challenge: Staying Connected On the Go
Married since 1993, serial entrepreneurs Peter and Susan Fuller own separate businesses in Indianapolis. Peter is currently co-founder of Scale Computing, a data-storage products company, while Susan is a freelance graphic designer.

Over the years, frequent business travel has strained the relationship, especially when Peter took a business trip to New York shortly after Susan gave birth to their son, Nicholas, now age 11. "I thought I was doing some balancing heroics, but it turns out I was simply daft," says Peter, 40. "Susan didn't appreciate it as much as I thought, and the folks I was building the company with thought I was nuts."

Today, Peter has slowed business travel to once every six weeks, and even then the couple texts and uses Skype video calls over the Internet to stay connected.

"We joke, when we Skype, that we must put each other on full-screen view so we aren't checking email, going on Facebook or updating our calendars [at the same time]," says Susan, 39.

How They Make it Work: The Fullers say the biggest positive is they share the same goals, like having the freedom to create their own paths in life. They also pen a blog encouraging other entrepreneurial families to do the same. 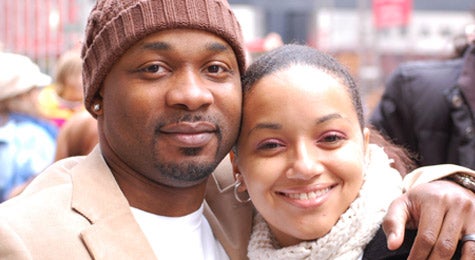 Challenge: Overcoming a Failed Venture
Following the one-two punch of the housing-market collapse and the economic downturn, Dediako Rodgers saw his real-estate business plummet in 2008. "We didn't know what the future would hold and trying to keep the business running was a drain on our finances and time," says his wife, Rachel.

The then-newlyweds quickly slashed expenses by moving out of their home into a smaller apartment and selling their two cars, which they replaced with one "economically friendly" vehicle they share.

Then, about a year after Rachel received her law degree in 2009, she started a San Luis Obispo, Calif.-based law firm serving Gen-Y entrepreneurs and business owners. Dediako, 35, also plans to open another business, building car engines and after-market parts. Rachel says the most important benefit to being married to another entrepreneur is they understand each other's desire to run their own business.

How They Make it Work: "We have always been supportive of our pursuits and encourage each other to start new businesses and try new things," Rachel says. 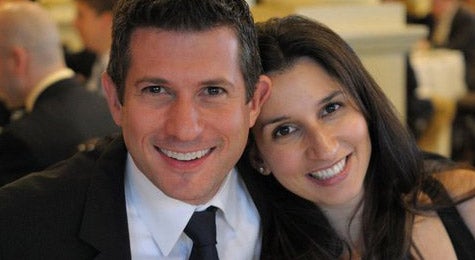 Challenge: Separating Work from Family Life
When you marry a business partner, not allowing your work to infiltrate every aspect of your life becomes more difficult. Take New York City-based Jessica Rovello and Kenny Rosenblatt, for example, who met while working at a tech company. They joined forces in 2001 to launch Arkadium, an online gaming business whose annual revenues top $8 million. As the business grew, so did their fondness for each other. They married in Rome in 2004.

"We are too passionate to not talk about work when we're at home," says Rosenblatt, 36. But working together as married business partners also "has the potential to shift the dynamic and take the romance out of the equation," warns matchmaker Galison. She recommends couples reignite the spark by making an effort to discuss "fun topics" outside of work, such as news, sports or events that have nothing to do with the business.

Rovello and Rosenblatt say they do strike a healthy balance, even as "we talk about our kids while at work, just as we talk about work while at home," says Rovello, also 36.

How They Make it Work: "Perhaps most importantly, we have a deep respect for one another because we see first hand the immense effort that we're both putting into our professions," Rovello says.