Do Entrepreneurs Have ADD?

By Carol Tice May 12, 2010
Opinions expressed by Entrepreneur contributors are their own. 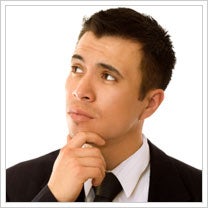 Here's something I heard twice in the same week, from two sources who each spend loads of time with entrepreneurs: It's common for entrepreneurs to have attention-deficit disorder. And for entrepreneurs, ADD seems to be a plus, not a problem.

Their theory -- the inability to focus on one thing for a long time makes entrepreneurs ill-suited for employment and drives them toward business ownership. As entrepreneurs, their ADD helps them keep the business growing, and tend to the million different things business owners need to do. Serial entrepreneurs, we can only assume, have ADD in the extreme, as they are compelled to start business after business rather than sticking with their first one.

Seasoned venture capitalist Jeffrey Bussgang of Flybridge Capital, who's authored a new book on getting VC, says, "There's a super-high correlation between ADD and entrepreneurs. I think it's because great entrepreneurs are impatient. When things are stable, they get bored. They're always looking to shake things up, because they need that stimulation and change."

Atlanta-based professional interim chief financial officer Evan Rogoff, who's worked with dozens of startups through the years, chimes in, "Most entrepreneurs have ADD. Really -- there's a significant number of successful entrepreneurs with undiagnosed ADD."

Bussgang and Rogoff agree that while ADD might be considered a handicap as a worker bee, entrepreneurs' ADD turns out to be a positive in the small-business world.

Do you think entrepreneurs have ADD? Or is it more of an urban legend? Leave a comment and let us know your opinion.