By Kara Ohngren Prior August 9, 2010
Opinions expressed by Entrepreneur contributors are their own. 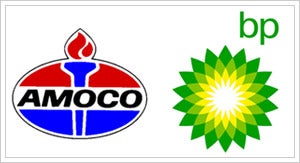 To avoid association with the Gulf oil spill, independent BP gas station owners across the country are considering reverting back to the old Amoco brand, NPR reports. Since the spill began, there have been protests and vandalism at local BP stations and many owners have reported a decline in business.

BP and Amoco merged in 1998 and quickly abandoned the outdated red, white and blue torch logo for the now infamous green and yellow BP flower. But now, desperate to convince customers that they're not linked to the oil giant responsible for dumping 4.9 million barrels of oil into the Gulf of Mexico, some station owners are seriously considering rebranding.

Today's feature on Entrepreneur.com "The PR Crisis Playbook" offers tips to ensure your business' image isn't seriously tarnished--like BP's--the next time a calamity arises. However, the Amoco rebranding plan doesn't seem to follow the PR steps outlined in this article. Would this rebranding effort really be effective? I'm not convinced. It seems like a fairly desperate move. Besides, it would be costly to convert the sign and paint colors back to red and blue. Can a new (read: old) name really repair a company's critically damaged image?

Consumers have a strong emotional reaction to the spill and won't quickly forget BP's role in it. What do you think? Can BP ever resuscitate its brand?