Five Tips for Getting Started in Exporting

Between connecting with foreign buyers and wading through complicated tariffs, exporting can be tough. Here's how to ease the process.

By Diana Ransom May 17, 2011
Opinions expressed by Entrepreneur contributors are their own. 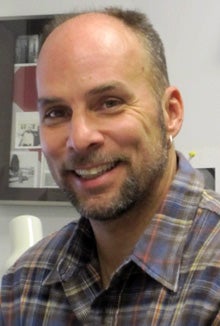 When the U.S. economy spun into a free fall three years ago, business owners across the country were forced to retool niches to keep their doors open. Many owners also expanded into markets outside the U.S. where consumers weren't as hard-hit.

For companies like k-Space Associates, there is a different story altogether.

"We just fell into it," says its co-founder Darryl Barlett. The company hadn't exported until a Japanese distributor first approached him at a trade show in 1995 when the business was just three years old. It only then occurred to him that a number of foreign tech companies had a need for k-Space's products.

Even so, the company -- with just 21 employees -- now ships its products to countries as far flung as Singapore, Austria and China where companies the likes of Sony, Panasonic and Nokia use k-Space's products to test and monitor the production of semiconductor chips and solar panels. This year, Barlett anticipates that 65 percent of the company's expected $8 million in sales will hail from overseas.

What's more, Dexter, Mich.-based company was recently named as the U.S. Small Business Administration's 2011 Small Business Exporter of the Year. To win this award, k-Space had to compete against fellow exporters in each state and on a regional level based on the combination of factors including increased sales, profits or growth of employment because of exporting. The company also stood out for its creative overseas marketing strategies and its willingness to help other companies get started in exporting.

But don't think that getting to this point was easy. Even Barlett who says becoming an exporter just, well, kind of happened, faced ample difficulties. Still, with a healthy dose of determination, it can be done.

Here are five tips from Barlett for getting started in exporting: