Groupon By the Numbers: From Startup to IPO

By Mikal E. Belicove June 7, 2011
Opinions expressed by Entrepreneur contributors are their own. 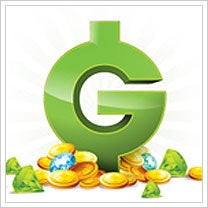 For those of you who are casual observers rather than intense market players, news that a cards-held-close-to-the-vest internet startup has filed papers for an initial public offering (IPO) with the SEC is cause for exploration. Especially if that company is Groupon, the website whose brand is synonymous with the daily deal.

By filing its S-1 registration statement and announcing last week its hopes to raise at least $750 million in an IPO, Groupon was obliged to publish a ton of details about its operation -- information that the 3-year-old company has until now protected like a mother bear protects its cubs.

But there’s more: Groupon announces in its filing that it increased revenue from $3.3 million in the second quarter of 2009 to $644.7 million in the first quarter of 2011. Then there’s the other side of the coin. It has lost a staggering $117 million per quarter (in aggregate) since it launched. In other words, for every $1 it makes, Groupon spends $1.43.

What Groupon says it brings to the table (in its filing with the SEC) is a great customer experience and relevant deals for consumers, as well as an attractive marketing tool for businesses approached by Groupon’s 3,500 sales reps. The company plans to further expand its subscriber base by growing the number and categories of deals offered. It also wants to expand its business with acquisitions and partnerships, and continue to focus on its international segment, where it derived a whopping 53.8 percent of its revenue in the first quarter of 2011.

The company admits its operating expenses are only going to go up -- and substantially at that. There are costs related to increasing the subscriber base, increasing the number and variety of deals offered, expanding marketing channels, hiring even more employees and further developing its technology. To these concerns, the company says, “These efforts may prove more expensive than we currently anticipate, and we may not succeed in increasing our revenue to offset these expenses.”

The proposed NYSE ticker symbol for Groupon is GRPN, and the initial price of Groupon's shares won't be set for several months. That should give potential investors time to think long and hard about whether Groupon is a deal or a bust.