How Charley's Grilled Subs Sandwiched Its Way to Franchise Success

The backstory on Charley Shin's remake of a Philly tradition.

By Jason Daley July 26, 2011
This story appears in the August 2011 issue of Entrepreneur. Subscribe » 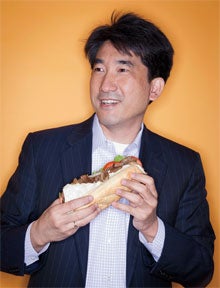 Charley Shin is lucky his family isn't good with maps. While visiting relatives in New York City in the mid-1980s, the Shin family got turned around and ended up in Philadelphia. Instead of stopping for directions, Shin, then a junior at Ohio State University, stopped for a legendary Philly cheesesteak, and an obsession took hold.

Soon after, he convinced his mother to sell her restaurant in Columbus, Ohio, and lend him her life savings to open a 450-square-foot cheesesteak shop across the street from campus.

Is It Good Public Policy to Prop Up the Stock Market?