How Will Google+ Affect SEO?

By Mike Spadier August 3, 2011
Opinions expressed by Entrepreneur contributors are their own. 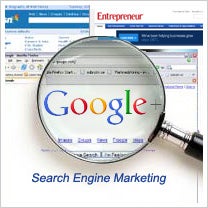 By now you've probably heard about Google+, the latest social networking craze and most recent effort by Google to take on Facebook and Twitter. But did you know that it could affect how your business's website gets found on Google's search engine?

In addition to building a social networking powerhouse, Google's aim with its "+1" button -- the equivalent of Facebook's "Like" button -- is to determine the social value of websites, or, in other words, they want consumers to add personalized recommendations to Web content and business sites. At present, it actually looks like Google may just pull it off. Since its June 28 release, more than 20 million people have already jumped onboard Google+. With such an unbelievable early adoption rate, many internet marketing professionals are beginning to wonder if those "+1"s will also start affecting how businesses use search-engine optimization, or SEO.

Google+ combines many popular features of Facebook and Twitter into a centralized social hub. There's a group video chat feature called "Hangouts," and a user-defined topical news feed (like Twitter's hashtag) called "Sparks." But maybe the most unique feature -- and SEO-relevant -- is "Google Circles," which gives users the ability to share content with specified groups, or "circles" of people. As users build these circles, they'll be able to see the sites that members of their circles have +1'd in Google's search engine results pages, or SERPs.

While "+1"s are currently appearing in the search pages for users that are logged in to their Google accounts, it's too early to say exactly how "+1"s will affect users who aren't logged in. Looking at how Facebook and Twitter "Likes" and "retweets" currently affect where a site appears within search pages, one has to assume these +1's will be as influential, if not more.

As search engines evolve to make searching more social, the main value added of "Likes" and "tweets" showing in SERPs is the concept of something I like to call, "trusted endorsements." If someone searches for a product or service, there's a good chance that customer reviews and recommendations will play some role in their decision making process. When looking at these reviews, users trust the opinions of strangers. They assume that these reviews are honest, but there's always a hint of lingering skepticism.

Now imagine the same user is searching for the same product or service, but instead of having to rely on the opinions of strangers, they see recommendations from friends, co-workers or family members. Just like in real life, the opinions of people in their "circles" influence the decisions they make. That's the potential Google+ holds.

So how do you optimize for recommendations?

Google has built upon some of the best features of existing social media sites in an attempt to make search less about computer algorithms and more about real people. Google+ and the +1 button are empowering users to influence other peoples' online activity.

This isn't SEO in the traditional sense, optimizing for these trusted endorsements is an entirely new strategy altogether. Now more than ever, marketers must focus on providing the best customer experience possible, and encourage +1 recommendations everywhere they can.

Mike Spadier is the online marketing manager for InMotion Hosting, a Los Angeles based Web hosting provider specializing in small- and medium-sized businesses.