What the Dow's Decline Means for Small Businesses

By Diana Ransom August 9, 2011
Opinions expressed by Entrepreneur contributors are their own. 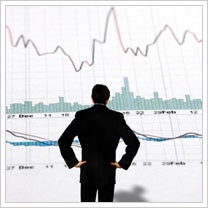 Just when you thought the worst was over.

Yesterday's 600-point plunge in the Dow Jones Industrial Average has businesses owners across the country scrambling. Some are moving around their retirement funds and drawing down their credit lines. Most of them, however, are holding tight and hoping for a better performance in the markets today.

The stock market's dismal performance may not directly affect small businesses that don't operate within the financial industry, but it does hit their customers. And if shoppers aren't feeling very rich, you can guarantee that spending overall will ease, says Peter S. Cohan, the president of Peter S. Cohan & Associates, a management consulting and venture capital firm in Marlborough, Mass.

"Tack on reduced government spending and this is could be the one-two-punch that sends the economy into negative territory," says Cohan who wrote Capital Rising: How Capital Flows Are Changing Business Systems All Over the World (Palgrave Macmillan, 2010).

Rohit Arora, the co-founder and CEO New York's Biz2Credit, an online credit platform that connects small businesses with credit options, was even less optimistic. When the ratings agency Standard & Poor's downgraded the U.S.'s debt from AAA to AA+ last Friday, the government's lending costs jumped. That move will push up small business lending rates, as the price banks pay to borrow from the federal government will also rise, he says.

What's more, if the nation falls back into recession, the government -- thanks to its promise cut spending and reduce the nation's debt -- won't be able to put forward new stimulus measures. "The payroll tax cut and other incentives that the government had considered renewing will [likely] go away," says Arora.

Such prospects are no doubt rankling still struggling small business owners. For Irene Firmat of Full Sail Brewing Company, the uncertainty is the worst. "Economic uncertainty and rampant unemployment is scary," says Firmat, who founded the brewery in Hood River, Ore., in 1987. "We have a pub that does a lot of volume from people in Oregon. But we also get many people coming from all over the U.S.; they have to pay for gas or airlines tickets," she says. "If you're not scared you shouldn't be a business owner."

Although the extent of the market's decline will largely determine the level of damage the U.S. debt downgrade has wreaked, some potential bright sides may shine through, says Arora. Oil and commodities prices could remain subdued if the market's turmoil spreads, he says. In addition, if the dollar continues to decline, exporting abroad could become increasingly attractive, as U.S. products and services become cheaper to foreign buyers.

Want to attempt some contingency planning?

See: What a U.S. Default Might Mean for Small Businesses.

Want to stage a business comeback and prosper in good times and bad?

See: Shift Your Mindset, Save Your Business.

How about reduce stress?

See: How to Stop Stress in 60 Seconds or Less.

How might your business be affected by the latest stock market rout? Let us know in the comments section.