Cutting Out the Red Tape for Small Businesses

Diana Ransom
August 24, 2011 min read
Opinions expressed by Entrepreneur contributors are their own. 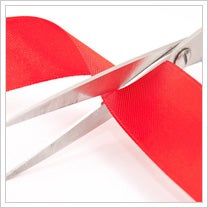 Now here's a ribbon cutting event that even typically skeptical small-business owners can get behind: The federal government is cutting reams and reams of red tape.

In an effort to ferret out wasteful spending and streamline processes, federal agencies from the Environmental Protection Agency to the Small Business Administration to the Internal Revenue Service yesterday proposed their final regulatory reform plans. All told, the moves, which have been in the works since January when President Barack Obama first called for the initiative, are projected to save U.S. taxpayers more than $10 billion over the next five years.

While obviously helpful for reining in costs at a time when the national budget is so top of mind, the move is seen as a boon for small businesses, in particular. Here are just three regulations that are seen as onerous to small businesses, along with the respective agency's proposed reforms:

"This is definitely a positive step," says Molly Brogan, a spokeswoman for the National Small Business Association in Washington, D.C. "We've been supportive of the President's goal of reducing the burden on small business and easing regulation where appropriate."

Still, Brogan and other small business advocates aren't entirely convinced. They note that new and prospective rules and regulations could wind-up undermining the benefits of the administration's latest effort.

The Dodd-Frank financial reforms and the healthcare overhaul, for instance, are often cited as contributing new costs for businesses. Similarly, a proposed rule from the National Labor Relations Board, which would expedite union election campaigns, and the Department of Labor's persuader rule -- requiring greater disclosure on consultants hired by businesses during a union campaign -- might also force added burdens on businesses, says Brogan.

Will your business benefit from the federal government's effort to trim inefficiencies? Let us know how in the comments section below.

The Children's Place Could Benefit From a Post-Vaccine Baby Boom

Katie Couric On the 'Biggest Psychological Drain' Facing Retired People Now, and How She's Helping Women Her Age Avoid It