Managing the Stress of Starting Your Own Business

By Joe Robinson September 7, 2011
This story appears in the September 2011 issue of Entrepreneur. Subscribe »

Seattle-based architect Milan Heger was on the edge of the abyss. Before the economic downturn, Heger had a thriving business designing residential and commercial properties and, in 2005, launched a furniture line. His work appeared in store windows and magazine articles. Then came the Great Recession and the housing bust. Heger's contracts vanished. He had to cut his staff from five to one. By 2009, he was waking up nights in a cold sweat, worrying about his family's future. 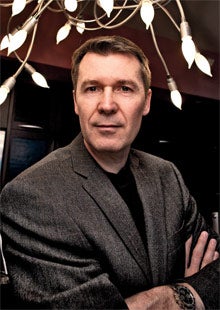