By Shira Lazar September 20, 2011
Opinions expressed by Entrepreneur contributors are their own. 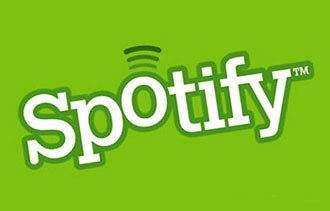 While catching up with a friend in the U.K. a year and a half ago, I discovered the peer-to-peer digital music service Spotify. At the time, the much-hyped London-based outfit had around 7 million users in Europe, with a library of over 10 million songs. While the company tirelessly negotiated with the record labels to bring the same success to U.S. soil, Spotify had already started making inroads with Americans -- giving influencers and celebs like Ashton Kutcher and Miley Cyrus a test drive.

Though the product speaks for itself, it didn't hurt that techies at Mashable, Techcrunch and CNET helped spread the word to early adopters. Last December, even the much-respected music critic Bob Lefsetz listed "Spotify In The States" as his number one Christmas wish. Besides the labels finally giving in, this word-of-mouth mentality helped the service gain traction and ultimately launch in the U.S. this past July.

With Mark Zuckerberg being a big fan of Spotify since its early days (co-founder Sean Parker is an investor), Facebook is now reportedly planning to launch its own music service at the F8 Develop Conference in San Francisco on Thursday. If it does, it could help third-party music services like Spotify tap into an even bigger audience of 750 million users.

So how much did social media help Spotify succeed? Here's what the head of social media at Spotify Andres Sehr had to say:

Question: Besides having bloggers and techies give out early "invite codes," Spotify also partnered with Klout, a service that measures online influence, to give out 15,000 to 20,000 invites. What other ways were you able to build Spotify's community using social media?

Answer: A few days after our launch we ran a campaign on Twitter to hand out invites to Spotify. We asked users to follow our new @SpotifyUSA account and tweet with the hashtag #iwantSpotify as part of their message. We gave the first 1,000 people who did that an invitation. This helped us grow our new U.S. Twitter presence, get new users and create buzz on Twitter all at the same time.

Question: As of August, Spotify had 1.4 million users in the U.S. and 175,000 of them are paying $5 or $10 a month for subscription plans. How do you use social media to encourage more paying customers?

Answer: We promote pre-releases, unique content and competitions for premium users across social media to notify both existing paying users and non-paying users. This also helps to highlight the added benefits of Premium to our non-paying users. We've also built large followings on both Facebook (over 1.1 million likes) and Twitter (over 165,000 followers). We use them in similar fashions since they tend to reach different audiences. They both provide us with a platform to promote new artists and albums, talk about great new Spotify features and get valuable feedback to improve our product.

Question: What advice could you give startups and businesses who are figuring out their social media strategy?

Answer: Include social media in all your communications plans. It can often be just as powerful as a press release or official post and people appreciate the personal touch. And have fun with it.

Question: What advice can you give musicians (or individual business owners) who want to be more social?

Answer: Be active, be honest and be true to your own tone of voice. Provide your fans with a steady stream of relevant information and content and make a personal connection that will keep them coming back for more.

What social media strategies have worked best for you? Leave a comment and let us know.