How 'Working Spouse' Rules Can Save a Company Money -- And Headaches 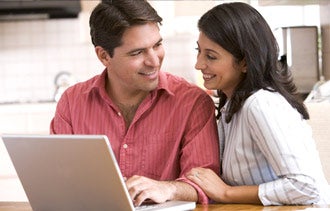 A robust benefits package, with options that include spouses and other family members, can be an important tool in recruiting and retaining the best employees. But without clear policies that spell out your company's guidelines with regard to working spouses, divorce and other issues, your business could end up incurring needless expenses or damage employee relationships, says Matthew McDermott, an employee benefits consultant with Landmark Group of Brighton, a Rochester, N.Y., insurance agency and benefits consulting firm.

One of the key areas where employers can save money is by creating working spouse "carve-outs," says Jeffrey Kraut, an independent certified public accountant from Commack, N.Y. In other words, the company sets a policy that if a working spouse has the option of health insurance through his or her employer, he or she must take advantage of that plan rather than choose his or her spouse's plan.

"At one company where I worked, we actually sent notices to all employees saying that if the spouse could provide proof that he or she was covered under another policy, we would give them a check each year the spouse was covered elsewhere for $1,000," Kraut says. Since coverage of a spouse could cost several thousand dollars a year beyond the employee's contribution, that hefty sum made financial sense, he says.

Companies also need to have clear policies for adding and removing spouses and other dependents from policies, McDermott says, especially in emotionally charged situations like divorce. McDermott says he's seen situations in which an angry spouse wants an estranged husband or wife removed from a policy immediately. Those extreme reactions are not wise and could leave the business open to liability, especially if there is a legal provision that the spouse maintain coverage until a certain point, such as when the divorce is finalized.

"In this type of situation, I've seen companies prohibit action until the next open enrollment period or until there is some type of legal document that outlines everyone's responsibilities regarding coverage," he says.

Any policy or guideline must be in compliance with state and federal laws, McDermott says. Once the employer is sure that compliance requirements are met, Kraut says, the policies need to be put in writing and made available to all employees.

9 Ways to Add Revenue to Your Marketing Agency Before 2021

7 Ways to Grow Your Business