By Diana Ransom September 29, 2011
Opinions expressed by Entrepreneur contributors are their own. 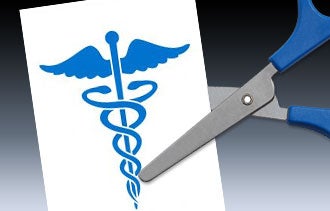 As the cost of everything from fuel to fry oil surges, so goes the cost of covering employees' health-insurance premiums.

At a time when sales remain anemic and the prospect of a double-dip recession looms, rising health-care costs couldn't have come at a worse time for many of the nation's small businesses, says Bob Mirabile, president of AEC National Recruiters, a recruiting firm in Bayport, N.Y. Not only is the rising cost of health care preventing some employers from adding staff, some are just jettisoning the benefit entirely.

"Health-care coverage was a marketing perk used by companies as a 'value added' in recruiting a new hire for many years," he says. "But now many employers are opting out of [offering] heath care coverage for any new hire altogether."

Although insurers claim that premiums have risen because health costs have increased, many business owners blame the surge in premiums on the health-care overhaul. Prominent small-business group the National Federation of Independent Business, along with 26 states, yesterday petitioned the Supreme Court to strike down the entire law, claiming that it is unconstitutional.

But according to the survey from the Kaiser Foundation, only around 1.5 percentage points of the 9 percent increase in premiums stem from measures associated with the health-care law. Consumer advocates have suggested that insurers may be hiking premiums in anticipation of a 2012 provision that requires insurers to justify any price increases of more than 10 percent. The health-care law doesn't fully go into effect until 2014.

No matter the reason for the uptick in premiums, finding savings now might allow some owners to continue providing employees' coverage. Here are four ways to cut your company's insurance costs: