How to Become Your Own Boss

By Nancy Mann Jackson October 5, 2011
This story appears in the October 2011 issue of Start Up.

Vincent Porpiglia is no stranger to sleepless nights. After graduating from college during a recession with few job prospects, he was tossing and turning one night when he came up with the idea for Dream Water, a natural liquid remedy for insomnia that he eventually developed and perfected. With partner David Lekach, a former investment banker and fellow insomniac, Porpiglia launched Dream Products in 2009 and began selling Dream Water in Duane Reade drugstores across New York City. Today, Dream Water is sold in 15,000 stores nationwide, including Walmart and Walgreens. While the private company doesn't release its revenue figures, Dream Products is on track for 350 percent growth over 2010 revenue, which was in the low seven figures. 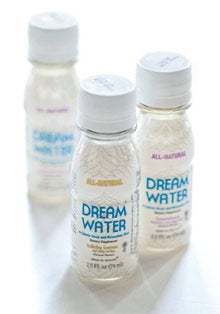 Getting there wasn't easy. "We had to leave the security of existing jobs and throw ourselves 100 percent into Dream Water," Lekach says. "We started with a vision that we wanted to accomplish, then we set goals that would make that vision successful. Then we worked toward meeting those goals. We had to eat, live, breathe and dream about Dream Water every single day."

Get 3 months free with code zendesk