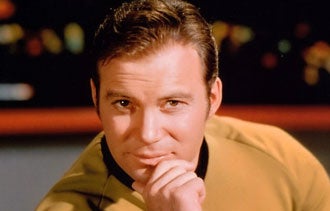 "You work hard to develop your product or service. You fight to solve your financial issues. You go out and promote your business and sell your product. But you don't think enough about leading your own people and finding the best staff," Maxwell says.

It turns out, the skills and talents necessary to guide your team in the right direction can be simple, and anyone with the determination can develop them. Here's a list of 10 tips drawn from the secrets of successful leaders.

1. Assemble a dedicated team.
Your team needs to be committed to you and the business. Successful entrepreneurs have not only social and selling smarts, but also the know-how to hire effectively, says leadership trainer Harvey Mackay, who wrote Swim with the Sharks Without Being Eaten Alive (Ivy Books, 1995). "A colossal business idea simply isn't enough. You have to be able to identify, attract and retain talent who can turn your concept into a register-ringing success," he says.

When putting your team together, look for people whose values are aligned with the purpose and mission of your company. Suzanne Bates, a Wellesley, Mass.-based leadership consultant and author of Speak Like a CEO (McGraw Hill, 2005), says her team members rallied around each other during the worst part of the recession because they all believed in what they were doing. "Having people on your team who have tenacity and a candid spirit is really important," she says.

2. Overcommunicate.
This one's a biggie. Even with a staff of only five or 10, it can be tough to know what's going on with everyone. In an effort to overcommunicate, Bates compiles a weekly news update she calls a Friday Forecast, and emails it to her staff. "My team is always surprised at all the good news I send out each week," Bates says. "It makes everyone feel like you really have a lot of momentum, even in difficult times."

3. Don't assume.
When you run a small business, you might assume your team understands your goals and mission -- and they may. But, everybody needs to be reminded of where the company's going and what things will look like when you get there. Your employees may ask, "What's in it for me?" It's important to paint that picture for your team. Take the time to really understand the people who are helping you build your business.

"Entrepreneurs have the vision, the energy, and they're out there trying to make it happen. But, so often with their staff, they are assuming too much," says Beverly Flaxington, founder of The Collaborative, a business-advising company in Medfield, Mass. "It's almost like they think their enthusiasm by extension will be infectious -- but it's not. You have to bring people into your world and communicate really proactively."

4. Be authentic.
Good leaders instill their personality and beliefs into the fabric of their organization, Flaxington says. If you be yourself, and not try to act like someone else, and surround yourself with people who are aligned with your values, your business is more likely to succeed, she says.

Related: Tips on Loyalty and Leadership

"Every business is different and every entrepreneur has her own personality," Flaxington says. "If you're authentic, you attract the right people to your organization -- employees and customers."

5. Know your obstacles.
Most entrepreneurs are optimistic and certain that they're driving toward their goals. But, Flaxington says, it's a short-sighted leader who doesn't take the time to understand his obstacles.

"You need to know what you're up against and be able to plan around those things," she says. "It's folly to think that just because you've got this energy and enthusiasm that you're going to be able to conquer all. It's much smarter to take a step back and figure out what your obstacles are, so the plan that you're putting into place takes that into account."

6. Create a 'team charter.'
Too many new teams race down the road before they even figure out who they are, where they're going, and what will guide their journey, says Ken Blanchard, co-author of The One-Minute Manager (William Morrow & Co., 1982) and founder of The Ken Blanchard Cos., a workplace- and leadership-training firm. Just calling together a team and giving them a clear charge does not mean the team will succeed.

"It's important to create a set of agreements that clearly states what the team is to accomplish, why it is important and how the team will work together to achieve the desired results," says Blanchard, who is based in Escondido, Calif. "The charter provides a record of common agreements and can be modified as the business grows and the team's needs change."

7. Believe in your people.
Entrepreneurial leaders must help their people develop confidence, especially during tough times. As Napoleon Bonaparte said, "Leaders are dealers in hope." That confidence comes in part from believing in your team, says Maxwell, who is based in West Palm Beach, Fla. "I think of my people as 10s, I treat them like 10s, and as a result, they try to perform like 10s," he says. "But believing in people alone isn't enough. You have to help them win."

8. Dole out credit.
Mackay says a good salesperson knows what the sweetest sound in the world is: The sound of their name on someone else's lips. But too many entrepreneurs think it's either the crinkle of freshly minted currency, or the dull thud of a competitor's body hitting the pavement.

"Many entrepreneurs are too in love with their own ideas and don't know how to distribute credit," Mackay says. "A good quarterback always gives props to his offensive line."

9. Keep your team engaged.
Great leaders give their teams challenges and get them excited about them, says leadership expert Stephen Covey, author of The Seven Habits of Highly Effective People (Free Press, 1989). He pointed to the example of a small pizza shop in a moderate-sized town that was killing a big fast-food chain in sales. The big difference between the chain and the small pizza joint was the leader, he says.

Every week he gathered his teenage employees in a huddle and excitedly asked them: "What can we do this week that we've never done before?" The kids loved the challenge. They started texting all their friends whenever a pizza special was on. They took the credit-card machine to the curb so passing motorists could buy pizza right off the street. They loaded up a truck with hot pizzas and sold them at high-school games. The money poured in and the store owner never had problems with employee turnover, says Covey, who is based in Salt Lake City, Utah.

10. Stay calm.
An entrepreneur has to backstop the team from overreacting to short-term situations, says Mackay, who is based in Minneapolis. This is particularly important now, when news of the sour economic environment is everywhere.

"The media has been hanging black crepe paper since 2008," he says. "But look at all the phenomenal companies and brands that were born in downturns, names like iPod, GE and Federal Express."