Are You a Born Entrepreneur? (Opinion)

By Scott Shane December 6, 2011
Opinions expressed by Entrepreneur contributors are their own. 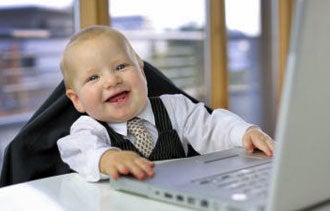 One reason is that our genes influence the decision to start a business. I don't mean that figuratively; I mean it scientifically. With colleagues at Kings College in London and the University of Cyprus, I have been investigating how genes affect entrepreneurship for more than five years. Through studies of twins, and more recently, through molecular genetics laboratory research, we have found that genes influence whether people start businesses, are self-employed, or have owned their own companies. Our research shows that the same genetic factors influence the tendency both to see business opportunities and to start companies, as well as how much money self-employed people earn.

At this point you may be wondering how researchers could determine that there's a genetic component to entrepreneurship. It's actually pretty straightforward.

With twins, it's a matter of comparing the choices of the two siblings. Identical twins share the same genetic composition, while fraternal twins have half in common. If pairs of identical twins make more similar choices, such as starting a business, than pairs of fraternal twins, then genetics must affect the choices, as long as a few scientific assumptions hold. In the molecular genetics research, we examine the different versions of genes people have and see if entrepreneurs are statistically more likely to have one version over another.

There are probably many ways genes influence whether or not we become entrepreneurs, but in the twins research, we have found initial evidence that one route clearly is through our personalities. The same genes that affect whether we are extroverted, open to experience, disagreeable and sensation seeking also influence our decision to start our own business. Furthermore, the same genes that influence the tendency to be open to experience also affect the tendency to identify new business opportunities.

Source: The Influence of Sensation Seeking in the Heritability of Entrepreneurship

Before you start worrying that this research will usher in the world portrayed in the science- fiction thriller Gattaca, we are a long, long way from any practical application of these findings. That will come only after many years of replicating the findings.

Moreover, there's no single gene or even set of genes for entrepreneurship. Our genes influence broader categories of behavior, such as whether we do things that involve a great deal or small amount of novelty. While entrepreneurship might involve pursuing novelty, so do many other human activities.

Further complicating the issue, hundreds of genes probably influence whether or not we become entrepreneurs. Thus far in the molecular genetics research, we've found initial evidence for just one of them--a version of a gene for a receptor for the brain chemical dopamine.

Geneticists have speculated that sensation-seeking people have versions of dopamine receptor genes that require more stimulating experiences in order to produce a given amount of dopamine in the brain. To get the higher level of stimulation, those people are more likely to engage in sensation seeking activities, including starting businesses.

While your genes influence whether or not you become an entrepreneur, experience matters, too. Genes don't determine anything you do; they merely influence what you do in the same way your life experiences do. Just as receiving a financial windfall increases your odds of starting a business, so too does having a particular genetic makeup. But just as some people without a penny to their name start companies, so too can people without the genetic make-up associated with entrepreneurship.

While the research so far is limited, it does mean that when you describe someone as a born entrepreneur, you really are onto something.