Where to Focus Your Business's Ad Dollars in the New Year 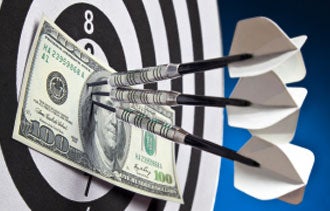 The Internet is settling in and getting all comfortable in its new role as the reliable, go-to source for people looking for news and information about local businesses, especially restaurants and bars.

Newspapers -- in printed form on the doorstep or newsstand, or on newspaper websites -- also register as good sources for information about small businesses, as does word of mouth.

These were the major findings contained within a 30-page report released this week by the folks at Pew Research Center called "Where People Get Information About Restaurants and Other Local Businesses." And if there were any doubts remaining about the impact of the Internet on businesses, this survey should quash them.

More than half of the survey respondents report that they rely on online sources to obtain details about a restaurant or bar. That compares to the roughly one third of consumers who turn to the newspaper for such information. And another quarter of respondents said they listen to those around them to garner details about an eatery or a social club. Bringing up the rear is local television (either broadcasts or the station's website) at 8 percent.

Pew's findings offer a wealth of information for entrepreneurs and small business owners, especially during the gift-buying season. Small business owners and merchants need to know where to advertise to generate more business, and this report points directly to the Internet, as well as newspapers and word-of-mouth.

And looking ahead, business owners should be studying these figures to determine where their fiscal year 2012 advertising dollars are going to be spent. Aligning your marketing budget with an eye on where the consumer is turning for recommendations and information on products and services just makes sense.

Of those who rely on the Internet for details on restaurants, bars and local businesses, 38 percent said they turn to search engines, with another 17 percent signing on to specialty websites, says the Pew survey. Perhaps most surprising finding is that only three percent turn to social networking sites such as Facebook or Twitter.

But another set of figures is probably of more interest to entrepreneurs and small business owners who don't run restaurants or social establishments. These are survey results that exclude dining venues and taverns. Of the two thirds of adults who say they seek news and information about local stores, shops and services, nearly half of them say they rely on the Internet. Within that group, 36 percent rely on search engines, 16 percent turn to specialty websites and 1 percent say they find businesses on social-media sites. Another 22 percent rely on recommendations from friends and family, and another 8 percent turn on local television broadcasts or look up websites of local stations.

Where do you plan to focus your business's ad dollars in the New Year? Leave a comment and let us know.