Women Entrepreneurs Put the Government in the Hot Seat

Diana Ransom
December 20, 2011 min read
Opinions expressed by Entrepreneur contributors are their own. 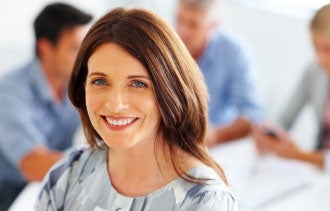 There's no doubt that women entrepreneurs have come a long way. And while many have found success in business, some suggest that men have an upper hand with everything from accessing capital to finding business opportunities.

For insight into how women-business owners can both improve their company's growth trajectory and take advantage of federal programs aimed at them, we asked the U.S. Small Business Administration's Associate Administrator for Women’s Business Ownership, Ana Harvey, to field some of our questions. Here are her edited responses:

Have your own questions? At 3pm EST today, you too will get an opportunity to get some answers from Harvey and Christine Koronides of the White House National Economic Council. The White House and the SBA is hosting a joint question and answer session, which you can view at WhiteHouse.gov/live. To submit questions, head to Facebook, use the hashtag #WHChat at Twitter or try this webform. You can also submit your questions below in Entrepreneur.com's comments section.

Readers, tell us: What's your top question about women's entrepreneurship?

Why Self-Doubt Can Be Your Secret Weapon

Every Day in Business Should Be Treated Like Super Bowl Sunday