Why and How to Host a Hackathon

By Mikal E. Belicove January 17, 2012
Opinions expressed by Entrepreneur contributors are their own. 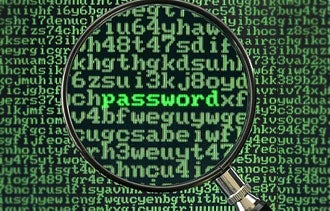 Wikipedia may be going dark tomorrow, but three days from now the folks who run the non-profit foundation will host a three-day "hackathon" geared toward building entirely new applications running on top of Wikipedia itself, on mobile devices or based on Wikipedia's data and content.

If you're a coder, programmer or Internet-based design engineer you can participate. Free tickets for the three-day event that takes place in San Francisco are now sold out, but you can still participate by way of the Internet. Click here for a link to the hackathon online, where some of the world's greatest computer minds may end up creating new products that the rest of us may be using in just a few months' time.

Related: What You Can Learn About Innovation from Amazon, Starbucks and USPS

Hackathons give a company's programming staff the opportunity to try out new ideas and collaborate with coders in a fun and managed environment. Say you're a new company with a small in-house development team that is in need of more programming muscle to get a product launched. Or you're an established organization like Wikipedia with an existing product that you want to see leveraged in a new way. In both cases, a hackathon can bring together innovative coders to create what you're looking for or may not even have thought of yet.

Robert Jandura-Cessna, founder of IMUZIK, a Syracuse, N.Y.-based startup that is about to launch a touchscreen digital music stand called MyMuzik stand, has hosted several hackathons in order to come up with programs for his product. He calls these events "hacking for music," and he's invited programmers and software developers to "integrate music with technology" in another hackathon scheduled early next month.

Peter Morano, a Chicago-based software developer and founder of Hackatopia.com, has been involved as a volunteer programmer at dozens of hackathons before someone asked him to organize one. Now he's got a company that plans and manages hackathons for startups and others, covering everything from the pre-event party to registering participants to obtaining prizes for winning design teams.

So how do you organize a hackathon for your company? Here are some tips from both IMUZIK's Cessna and Hackatopia.com's Morano to get you started:

Related: How to Recruit a Great Programmer as a Partner

Have you ever participated in a hackathon? Tell us about your experience in the comments section.