Could Your Business Survive Without You? 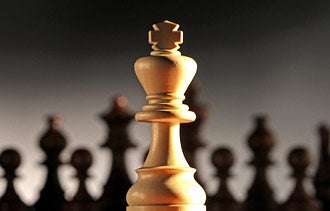 As general manager of Wölffer Estate, a boutique vineyard and riding stable business set on 175 picturesque acres in the elite Hamptons on Long Island, New York, Nida was already feeling the effects of that fall's financial panic. Then, on New Year's Eve, he got the news that the visionary founder, 70-year-old Christian Wölffer, had suffered a fatal accident while vacationing in Brazil. "It was a shock," says Nida, now 45. "Christian lived larger than life. He was amazing and talented."

Wölffer, a German-born venture capitalist and real estate investor, had the foresight in 1979 to snap up 14 acres of potato fields in the sleepy village of Sagaponack. Nowadays, Sagaponack, which is often called "the most expensive ZIP code in the country," welcomes multimillionaires like Goldman Sachs CEO Lloyd Blankfein, TV personality Jimmy Fallon and piano man Billy Joel.

Over the decades, Wölffer expanded the farm into a 55-acre award-winning winery and 100-acre equestrian facility. Yet he had to consistently pump in money to keep the enterprises afloat. By 2006, he decided Wölffer Estate had to become self-sustaining.

It was a financial decision divorced from any real exit plan. But it ended up saving the business when he suddenly died two years later. Ironically, as the new year dawned, Wölffer Estate was already on track toward a brighter future.

Running a business vs. supporting a hobby
John Nida joined Wölffer Estate with scant knowledge of wine or thoroughbreds. An Arizona native, schooled at Shorter University outside Atlanta, his resume emphasized corporate finances. In 2006, as an independent asset manager, he took on a two-month review of Wölffer's far-flung global investments. The two connected. To Nida's astonishment, Wölffer asked him to stay on as general manager. "I love a challenge," says Nida, and took the plunge.

"It was a very different business when I came into it," he says. "It came out of Christian's passion for horses and wine, so it was very intimately run, really as a hobby. He knew it wasn't working properly, but he traveled a lot. He wanted someone with business aptitude to run it, someone he could trust."

After three months of "digesting the business, its assets, market drivers, key people, product, customers," Nida drafted plans for short- and long-term strategies. He got Wölffer's buy-in and began making changes. The kicker was that Wölffer wouldn't invest one more dime. All changes had to be self-funding.

"The biggest thing to shore up was human resources," says Nida. "Self-admittedly, Christian wasn't a people person and didn't like day-to-day operations." Nida made key hires for professional sales and marketing. To elevate the brand, he boldly pared the product line, focusing on high-quality wines and redesigning the labels.

He also embraced the Hamptons. "Our tag line for years has been, ‘Be part of the experience,'" says Nida. The winery offers year-round tastings, music and charity events, a wine club for top-tier customers, and its Tuscany-style tasting room to rent for private parties and weddings. Nowadays, the winery and a lucrative summer roadside stand are destinations for tourists and residents alike.

Harvesting success
"It was fortunate that I stepped into the role before the crisis hit," says Nida, referring to Wölffer's sudden death. By then, the strategic plan and development team were established. Facing the double shock of losing the founder and dealing with a recession, Nida says, "We didn't overreact and we didn't get overwhelmed. We'd been steadily moving forward. We were confident that we had the right products and people in place."

The proof is in the impressive bouquet: Since 2006, Nida has more than doubled sales, from 12,000 to 25,000 wine cases. Since 2008, revenue has jumped 49 percent, fueling an increase in profits of 52 percent. "We're just about beyond 100 percent capacity," says Nida. Wölffer's grown children inherited the business and Nida continues as general manager. Looking ahead, he envisions growth by acquisition to expand production and burnish the brand.

Planning your exit strategy
Of course you're irreplaceable. But sticking your head in the sand about an exit plan could be ruinous. A recent LegalZoom survey, conducted by Zoomerang, found that a staggering 75 percent of small-business owners have no formal succession plan. To start shaping a strategy, consider the Wölffer Estate lessons and this advice: