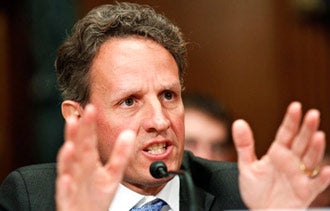 A federal program that had the potential to extend $4 billion in credit to small-business and community-development lenders has been reduced by half. The program's fate underscores how difficult it can be for the government to get much-needed capital to entrepreneurs.

The CDFI Bond Guarantee program, signed into law through 2010's Small Business Jobs Act, is still waiting for a round of Congressional approvals. Because the program is only budgeted for $1 billion a year through 2014, the delays have shaved $2 billion in funds from the program.

The government office managing the program confirmed today that it doesn't expect to issue credit until 2013 because of a "legislative requirement" typical of a new law of this sort. The CDFI Fund, a branch of the Treasury Department, said it is moving as "efficiently and responsibly" as it can. Especially in an election year, there is intense political pressure to safeguard taxpayer dollars and not add to the growing deficit.

CDFIs, or Community Development Financial Institutions, are nonbank lenders that work in underserved communities and provide financing to small businesses that are turned down by traditional banks.

"CDFIs have a good track record of operating in distressed communities," says Jordan Eizenga, an economic policy analyst at the Center for American Progress, a Washington, D.C.-based think tank, who has written about the issue. "This is a program that is not just a job creator, it is a job creator where it really counts."

The CFDI industry has repeatedly warned lawmakers about delays in implementing the program. In a December letter, 17 CDFIs and industry trade groups asked Treasury Secretary Timothy Geithner to take a "personal interest in this matter," conveying their "deep concern at the lost opportunities" as the program was already "well behind schedule."

CDFIs have seen an increasing demand for their funds through the recession as banks have tightened their lending standards. The new funds available through the CDFI Bond Guarantee program "could be a game-changer," says Wayne Meyer, president of New Jersey Community Capital, a CDFI in New Brunswick, N.J., that works with small businesses, housing facilities, charter schools, and other community development projects in low-income areas. "The demand for our capital has never been greater."

The delays in getting the CDFI program off the ground come on the heels of another Treasury-administered program, the $30 billion Small Business Lending Fund, which was widely considered a failure. Once touted by the Obama Administration as a way to spur small-business growth and hiring, that program lent only $4 billion to banks -- many of which used the money to repay the Troubled Asset Relief Program.

To be sure, the CDFI bond program was never considered by government officials or industry leaders an easy program to create. While Congress allocated $13.5 million for the Treasury to hire an administrative staff, it is a "zero subsidy" program -- meaning the program must be structured in a way that doesn't cost taxpayers. The Treasury's CDFI Fund only recently got the program's complicated credit model approved, and now is putting together final rules and application materials.

The new program still needs to go through a Congressional appropriations process. While it's been included in President Barack Obama's proposed budget for 2013, it appears unlikely that the budget will be passed in its entirety. That means the program's supporters -- including the CDFI Fund and the CDFI industry -- will likely next need to attach it to another piece of legislation this year.

CDFIs have expressed a combination of sympathy and frustration at the process. "The clock is running," says Clifford Rosenthal, the president and CEO of the National Federation of Community Development Credit Unions, an industry trade group in New York. "It does seem like a long time, but no one ever said that the government operates under our time schedule."

Sept. 27, 2010 -- The CDFI Bond Guarantee program was passed as part of the Small Business Jobs Act.

March 2011-- Congress allocated $13.5 million for the Treasury to hire a staff and administer the program.

Summer 2011 -- The CDFI Fund (a branch of the Treasury) opened the regulations of the program for public comment (a required step for any new law). Once the CDFI Fund processed all of the comments, it submitted draft legislation for approval.

Feb. 13, 2012 -- The President's 2013 budget proposal includes a line item for the program, indicating the credit model for the program has been approved, a key step in moving forward.

Estimated: Spring 2012 -- The CDFI Fund expects to have the first draft of the regulations ready and applications available shortly thereafter.