How to Repair a Damaged Reputation Online 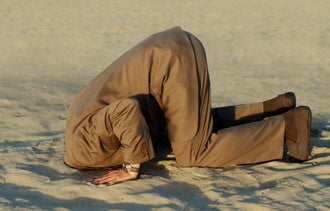 After Denise Lones, founder of Bellingham, Wash., real estate marketing company The Lones Group, tried to stop a competitor from using trade dress similar to her trademarked zebra-theme brand, she got an up-close and unwelcome look at the dark side of the internet.

Blogger pals of her well-connected adversary, including one at a major industry website, blasted Lones for being a bully and filing a frivolous lawsuit, often misrepresenting the circumstances, she says. Some posts generated hundreds of angry responses, and anonymous callers began phoning her office, leaving scathing messages. At the low point, one person even decided to inject some personal terror into Lones' life by claiming her daughter had been in a serious car accident.

When misinformation and rumors circulate about your business, it can dominate your company's search engine results and potentially damage your business, says Michael Fertik, founder and CEO of Reputation.com, an online reputation management firm in Redwood City, Calif.

Fertik advises his clients to grab as much of their "Google real estate" as possible. That means reserving the .com, .net and .org versions of URLs and claiming identities on Facebook, Twitter, LinkedIn and local review sites including Yelp, Google Places, Citysearch and Yahoo Local. You might also want to reserve URLs that pair the name of your business with pejoratives like "sucks," he says. Businesses can use such vehicles to distribute positive, search-engine-optimized information about their companies, which can push down negative information in search results. In some cases, Reputation.com also creates several new websites optimized with various descriptions of the company, with links back to the main site to further drive down negative results.

But some rumors keep bubbling back to the top. Since 2005, members of the Martin family have been battling a persistent falsehood that their East Earl, Pa., restaurant, Shady Maple Smorgasbord, denied service to military members based on the family's Mennonite beliefs and its commitment to nonviolence. "The nature of our background makes it believable, but it never happened," company president Elwood Martin says.

People angered by the rumor threatened boycotts, and the restaurant fielded calls from irate patrons. Finally, the Shady Maple team added a "military rumor" page to its website, including a link to Snopes.com, which investigated the rumor and declared it false.

But that can be a risky move, says Richart Ruddie, co-founder of Washington, D.C.-based Profile Defenders, because it could mean spreading the rumor to those who didn't know about it. Ruddie thinks the Martins' Veteran's Day special--which gave a 25 percent discount to veterans and active-duty military members and attracted a whopping 17,300 customers over two days--was a better way to disprove the rumor without reinforcing negative search results.

Professional Help
Online reputation management services like Reputation.com and Profile Defenders have sprung up to help with such issues, charging "from a few hundred to a few thousand dollars," Fertik says. That's the route residential mold inspector Eric Andrews of Atlanta-based ISCT took when a dissatisfied customer decried him as a scammer on social media. Andrews says the problem arose over a misunderstanding about the company's pricing structure and caused business to fall to half of his usual 40 to 50 inspections per month.

After forking over a fee "in the low thousands" to Profile Defenders, Andrews noticed the scam allegations sinking in search results and his own website climbing back to the top. Profile Defenders had optimized the search engine terms for ISCT's website and generated positive content through blog posts and other social media. Within a month, business improved.

Fertik says that as search engine optimization gets more complicated, it's tougher for small businesses to manage pervasive online rumors on their own. However, for Lones, who even created a YouTube video to respond to her critics, spearheading the response to "Zebra-gate" was a combination of necessity and principle.

"When there is a crisis or challenge, the leader of the company needs to stand up and put a voice to their company, a face on it," she says. "Going through this was traumatic, but it really did make us stronger."

Where Do You Fall on the Philosophical Spectrum of Influence Marketing?