A VC Reflects on Instagram, the Dot-Com Bust and What It All Means for Hungry Startups

By Peter S. Cohan April 18, 2012
Opinions expressed by Entrepreneur contributors are their own. 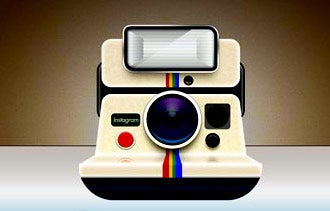 Instagram’s $1 billion acquisition by Facebook sure sounds familiar for those of us who lived through the dot-com boom of the 1990s.

Back then, there were two popular ideas that seem to be rising from the grave now. The first was the idea of eyeballs: regardless of how you made money, a venture's value was tied to the number of people who clicked on your web site. And the second was the idea that a big company would acquire a start-up for its engineers – known as hiring in bulk.

Of course things are a little different now for startups. Back in the 1990s, there were so many technology IPOs that venture capital firms were making 10-year average returns of 86 percent for their limited partners. And they were in a huge hurry to shovel as much money as they could into the hands of dot-coms that they spent on lavish parties and marketing.

But in the last 12 years, venture capital returns have dropped to an average of -1 percent. Hence start-ups have to get by through boot-strapping and operating with extremely low fixed costs. That helps explain why Instagram had only 13 employees when it raised $60 million at a $500 million valuation. That was before selling out to Facebook a week later for $1 billion – a whopping $77 million per person.

We’re now in a new era – the hungry startup era. That's what I found after interviewing over 150 entrepreneurs and a dozen venture capitalists over the last few years for my forthcoming book: Hungry Start-up Strategy: Creating New Ventures with Limited Resources and Unlimited Vision. And today’s VCs decide whether to invest based on a founder’s answers to two factors:

VCs are very anxious to start turning a big profit for their limited partners because there is no way a pension fund or endowment will take the huge risk of start-up investing without high returns. By understanding the pressures facing VCs and the way they try to pick winners, you can boost your odds of getting them to invest.

What do you think venture capital firms are looking for when they invest in the hungry startup era? Add to this list in the comments below.