Smaller Retailers Tap Into the Power of Digital Displays

By Lisa Girard May 7, 2012
Opinions expressed by Entrepreneur contributors are their own. 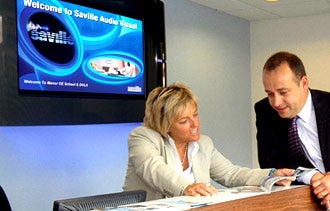 Digital signs are becoming pervasive, whether to entertain bored shoppers at supermarket checkouts or demonstrate the latest gadgets in home-furnishing stores.

Retailers see green in these electronic displays, says Virginia Cargill, a venture partner at Alerion Partners in Rowayton, Conn., and former CEO at SignStorey, a digital media company focused on the grocery industry. During her tenure at SignStorey, the company provided in-store content that included recipes, health tips, interviews and advertisements. "If the meat department screen had an ad for Boar's Head or the produce section for Kraft, sales of those brands would usually see a 15 to 25 percent bump," Cargill says. 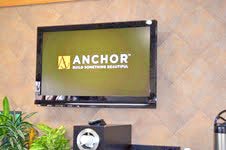 Boost revenue through product advertising: Gertens Greenhouses & Garden Center installed six digital screens in its 40,000-square-foot space for in-store promotions and ads from the makers of the products it stocks. The manufacturer can provide the ad or let Gertens produce it for $250 to $500, depending on the creative elements. Gertens, a store in Inver Grove Heights, Minn., with estimated annual sales of $27 million, will occasionally eat the cost, depending on the scope of the advertising schedule.

"We'll identify areas where their ads will work best, or they'll run on all the monitors," says Warren Randolph, general manager of GLT media, Gertens's in-house agency. When Gertens began using digital signs two and a half years ago, it invested about $8,000 in the technology. The investment has paid off. In 2011, the company collected about $20,000 in digital ad revenue, according to Randolph.

Create a link among all your digital promotions: When Joanne Teichman remodeled her upscale Dallas jewelry store, Ylang|23, she installed a 60-inch digital screen on the back wall. With help from Dallas-based digital agency Insite, it provides a constant stream of information on jewelry designers, collections, trunk shows and other upcoming events for the store. Her staff frequently updates the content and adapts it for the store's mobile apps and interactive website.

"We do get comments from clients making the link between the digital sign and our website, and we do want to drive traffic to our site when the customers leave the store," she says. Such digital signs aren't out of reach financially for most entrepreneurs. While Ylang|23 -- with estimated annual sales of between $6 and $8 million -- spent $7,000 for its screen in 2004, large-screen LCD TVs are now available for $500 to $1,000. Teichman declines to discuss any specific sales impact from the digital screens.

Give your business a sleek, modern look: Many retailers are using digital signage to add a fresh look to their stores, a lower-cost alternative to a complete renovation.
"It's the whole idea of lighting up the aisle. You can look a lot more professional than you ever did before, and you can change it on the fly," says Bob Phibbs, a small-business consultant known as "The Retail Doctor."

Related: Brad Schy, chairman of Los Angeles-based Musical Chairs Ticket Service, installed two digital screens in his store about a year ago, featuring PowerPoint presentations of upcoming concerts, movie premieres, and sports and theater events. Located in the lobby of a large office building next to a bank, the store put one digital screen in front to draw in people coming out of the bank.

"It looks great and doubles as our television when sports are on," Schy says. "And we fill them with content not only during the day. but when we're closed at night." Musical Chairs declined to comment on whether the digital screens have boosted sales.

Tell your story for a bargain price: Kroma Makeup shows videos about the company, its products and celebrity clients, on signs at its boutiques in such tony hotels as the Plaza Hotel in New York, Aulani Disney Resort & Spa in Ko Olina, Hawaii, and the Grand Floridian Resort in Orlando, Fla. It uses CiscoWebEx -- at a cost of $69 a month -- to create its digital content for custom interactive screens that cost about $2,000 each and can play four different videos. The company says the screens have paid for themselves in additional sales after an average of three to four months.

"At the Plaza, our digital sign was placed at the foot of the escalator to drive traffic to our station and tell our brand story, while the multimillion-dollar companies we were competing against weren't using them," says company founder Lee Tillette. Kroma's annual sales of about $500,000 have grown 10 percent a year since 2009, up from 7 to 8 percent before the digital signs were installed in 2009.

Corrections & Amplifications: An earlier version of this article misstated Ylang|23's estimated annual sales. They are between $6 and $8 million.