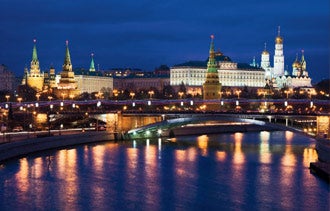 The Fix
After assessing its options (including UPS and International Checkout), Gilt signed on with Columbus, Ohio-based FiftyOne. Its Global Ecommerce platform localized Gilt's shopping site initially to 90 countries. "We saw improvement right off the bat in site activity but wanted to take time to work with FiftyOne on getting the currency conversions just right," says Gilt chief supply chain officer Christopher Halkyard. So Gilt implemented FiftyOne's technology in phases; its offerings are now in 100 countries.

The Results
The e-tailer wouldn't divulge international sales numbers, but the ambitious plan to expand with FiftyOne makes it clear Gilt is bullish on going global. "We felt FiftyOne's true value was in its systems integration, and the overall ability of its software to manage the currencies, taxes and everything else on a broad scale," Halkyard says.

Now Gilt plans to use FiftyOne to help customize its flash sales. "In our next phase of international growth, we want to be able to do something special for our customers in each country," Halkyard says. "Right now, they see the same deals at the same time, which might be an out-of-season time to shop where they are."

A Second Opinion
While Gilt Groupe did consider solutions from other vendors, FiftyOne seems like the best fit for what it had in mind, says Zia Daniell Wigder, vice president and research director of e-business and channel strategy at Forrester Research.

"The most common alternative would have been to have a local presence in each country instead of shipping internationally," she says. "FiftyOne offers a low-cost, low-risk way of addressing this need, though eventually, [Gilt] might want to look to localize even more with distribution and customer-care facilities. This is really a way of testing your international appeal as you continue to grow."