By Gwen Moran August 22, 2012
Opinions expressed by Entrepreneur contributors are their own. 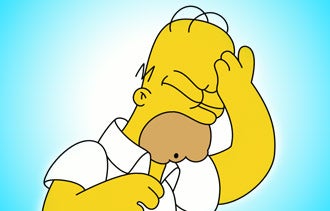 As companies grow and employees and business owners are stretched thin, all manner of mistakes, errors and accidents that can put your company at risk become more likely to happen.

But that trust was tested when her team over billed a client by $25,000, sending out the bill after the client’s parent had passed away. Worse, it wasn't until after the client pointed out the error that they realized they had messed up. Mistakes happen, but this error during a time of grief could easily have been the kind of thing to make headlines.

"Of course, I was immediately concerned. The trust of our clients the most important thing we have," she says.

That kind of mistake can destroy trust and reputations, says David Bartlett, senior vice-president of Washington, D.C. crisis communications firm Levick. Whether your company has made a billing error, sent an embarrassing “Reply All” email leaking confidential information, or recalled a product, when the worst happens, you need to take action, he says.

"Do not waste your time trying to communicate your way out of it. That’s a losing proposition," he says. Instead, he suggests this three-pronged approach:

1. Act fast and fix it. Look at the damage that was done and what needs to be done to make it right, says Bartlett. That means both taking care of those who were inconvenienced, embarrassed or hurt by the mistake, as well as changing your systems to ensure it doesn’t happen again, he says.

In Albertini's case, she immediately went to work researching the situation with her billing manager, and realized there had been a clerical error. After they apologized to the client, they made sure there was no follow-up necessary with the insurance company or any other third-party. Next, they did a once-over of their systems to ensure that every invoice was double-checked, reducing further potential errors.

2. Communicate. Silence is golden when you have a migraine, but there’s no headache like leaving people to draw their own conclusions about your intentions. Tell them what you’re going to do to fix the problem, says Bartlett. If you stay silent, your audience, and, in some cases, the media will assume the worst behind your actions because it’s more interesting, says Bartlett.

3. Walk the talk. Once you’ve fixed the situation, you need to keep on top of the new checks and balances you’ve put in place to ensure that bad habits or complacency don’t reappear, says Bartlett. Albertini’s billing manager now does monthly audits to ensure that mistakes, if they do happen, are caught quickly. The client who was overbilled was so impressed within the firm’s efficiency and honesty that "we have even gotten a few referrals from them," Albertini says.

Of course, if the situation rises to the level of a bona fide crisis where people have been injured or major property damage has happened, you also need legal counsel. But whether the issue is serious or just embarrassing, Bartlett adds that companies that are prepared do better than those who are blindsided by unpredictable circumstances.

"Look at all of the things that can go wrong and figure out what you will do if that happens. When you’ve already thought through the situation, you have a game plan for action," he says.

Related: Embracing Failure on the Path to Success