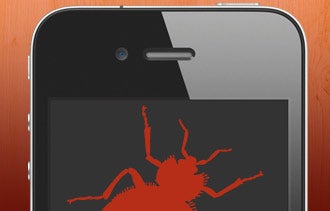 The software that powers Apple's popular iPhones may have a flaw that enables scammers to send users bogus messages asking for banking and other personal information.

The software glitch is said to allow scammers to send messages from impersonated accounts specifically to iPhone users. Because iPhones only display the "reply to" address of incoming text messages, iPhone users can potentially receive messages that look as though they're from friends or other trusted sources but are actually fraudulent, asking you to share passwords or to wire money.

The flaw was first noted by a security researcher who blogs under the name "pod2g." "The flaw (has) exist(ed) since the beginning of the implementation of SMS (text messages) in the iPhone, and is still there …" the researcher wrote.

Related: Keeping Passwords Out of the Hands of Hackers

Apple, meanwhile, urges customers to "be extremely careful" when receiving text messages, and recommends using its iMessage instant messaging service instead because it verifies the addresses of senders.

With business owners becoming increasingly dependent on their mobile devices for business communications, iPhone users should be on the lookout for any type of messages, including text, email, and messages over social media networks, that contain suspicious links or ask for personal information. Even if a link appears to be sent from someone you know, if it doesn't immediately appear legit, don't click on it. Contact the sender to find out what it is.

In addition to malicious links, some scammers will try "phishing,” which involves phony texts or emails that appear to have come from your bank asking to verify business or personal account numbers and passwords. If you receive a potentially suspicious message like this, contact your bank directly to alert them about it. While the message could be real, it might also be a sign that you've been hit by a scam.