By Michelle Juergen August 28, 2012
Opinions expressed by Entrepreneur contributors are their own. 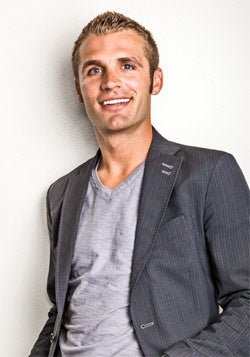 In real estate, signing on the dotted line is never really as simple as that. For brokers, it involves driving back and forth, lugging around a briefcase full of paperwork, tracking down unresponsive clients--and a whole lot of "who has what?" panic.

Thanks to Austin Allison, 27, that labyrinthine process may soon be a thing of the past. He is founder and CEO of Cincinnati-based technology startup dotloop, maker of enterprise software that handles real-estate transactions from offer to close. Users create a "loop," a virtual workspace where all parties involved in the deal can collaborate on the contract and other documents, getting everything done in one place.

"We believe that paperwork is fundamentally inefficient," Allison says. And he's taking that belief to the bank: dotloop has seen revenue growth of 72 percent quarter-over-quarter since 2010. Allison expects to end this year with $15 million in revenue.

When he was just 17, Allison purchased his first home, and at 18 became a licensed real-estate agent. Fifteen minutes into his first transaction, he realized the procedure was in dire need of a makeover. "When people are in different locations, and there's lots of time-sensitive back-and-forth that has to occur, it's not efficient or practical to try to work together," he says. Products already on the market didn't satisfy. "The real problem was communication," he notes. "You have six or eight people and 20 versions of documents that have to be created in order for a deal to be reached."

Brad Whitehouse, who oversees 400 agents at ReMax Professionals, says dotloop makes everyone's lives easier. "The ability to see the documents as they're being created and as they're being brought into the transaction loop is really powerful," he says. "The system tracks what documents we have, what we don't, and it has created this amazing efficiency that allows our staff to be much more productive and handle much more volume than they ever could before."

Allison launched dotloop in November 2009, after raising $2.7 million from angel investors; the company was profitable within 18 months.

It now has 60 employees, has opened a San Francisco office and is used by 200,000 agents in 700 North American cities. In addition to ReMax, the company boasts big-name real-estate customers like Keller Williams and Prudential. With a $7 million Series A round announced in May from Menlo Park, Calif.-based Trinity Ventures, dotloop's total funding to date comes to $10 million.

In May the company released dotloop-Now, a free version of its software designed for individual agents, and Allison hopes to branch out internationally. He acknowledges that the technology could be applied to many verticals but maintains, "For the foreseeable future, our goal and vision is to own the real-estate space."