Where the Candidates Stand on 'Obamacare'

By Diana Ransom September 14, 2012
Opinions expressed by Entrepreneur contributors are their own. 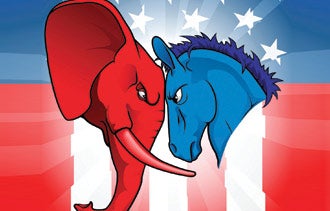 Editor's Note: This 10-part series looks at issues critical to entrepreneurs this election season. Read installments on the economy and taxes.

The U.S. Supreme Court may have cleared the way for President Barack Obama's Affordable Care Act, but the debate over the law -- and the U.S. health-care system, in general -- is far from over.

Besides the economy, health care -- and how to pay for it -- remains one of the biggest pain points for small-business owners. The National Federation of Independent Business's membership, which is made up of hundreds of thousands of small businesses across the U.S., has listed increasing health-care costs as its No. 1 problem each year since 1986.

In 2012, average premiums for employer-sponsored health insurance rose 3 percent for individuals to $5,615 and 4 percent for families to $15,745. In 2011, the cost hike was more significant, with an 8 percent and 9 percent respective jolt in premiums. And since 2002, average premiums for family coverage have surged 97 percent, according to nonprofit health researcher Kaiser Family Foundation.

On top of rising costs, under the health-care law businesses with 50 or more employees in 2014 will be required to provide health insurance to workers -- or else pay a $2,000 to $3,000 penalty per employee. Also kicking in is the individual mandate, which could impact solopreneurs and other independent contractors. The new rule requires uninsured adults to purchase health insurance coverage or pay a penalty.

These changes are worrisome to small-business owners like Andrew Shatz, the co-founder of the SightTrust Eye Institute, a Sunrise, Fla., ophthalmology practice. Though Shatz already offers health coverage to his firm's 20 employees -- and wouldn't be required to under the law anyway -- he says being able to expand is a concern. "As we grow, every staff member that we bring on will come with the extra burden for health care. I'll think: are we making enough money to afford to bring in that employee?"

Republican presidential candidate Mitt Romney has vowed to repeal the health-care law and replace it should he sway voters in November. But the question is, with what? Similarly, if economic conditions continue to deteriorate, what if anything would President Obama do if reelected? Here, we parse each of the candidates' plans for keeping health-care costs under control over the next four years.

President Barack Obama
Since signing health-care reform into law in 2010, the president has seen health-care costs tick higher, which analysts attribute to the weak economy. On the horizon, though, some suggest that prices should moderate as the law goes into full effect in 2014. Once the state-run insurance exchanges for small employers, called the Small Business Health Options Program or "SHOP" exchanges come on line in 2014, the increased transparency between plans could result in lower premiums.

The law now provides small firms a tax credit of up to 35 percent of an employer's contribution toward employees’ health insurance premiums through 2013. Small employers with fewer than 25 full-time equivalent employees and average annual wages of less than $50,000 are eligible for the credit. In 2014, the credit will increase to cover 50 percent of premium costs. The law also forces insurance companies to justify rate hikes publicly, as well as provide rebates if they don’t spend at least 80 percent of premiums on care but rather on overhead, marketing and profits.

Former Massachusetts Gov. Mitt Romney
Romney has called for repealing 'Obamacare' -- even though he instituted a similar law as governor of Massachusetts. Instead, Romney would move to replace the health-care law with what he calls "patient-centered reforms," which he says would control costs and extend the solvency of Medicare. He has further stated that he would use his executive authority to return power over health care to the state level in order to phase out the federal law.

In regards to specific measures that matter most to small businesses, including the employer and individual mandates, Romney hasn't provided details. He would, however, allow small businesses and individuals to form purchasing pools, buy insurance across state lines and free-up Health Savings Accounts, or HSAs, so account holders may use their funds to pay for insurance premiums.

Which candidate do you think has the better plan for health care? Let us know in the comments section below.