Riva Richmond
September 19, 2012 4 min read
Opinions expressed by Entrepreneur contributors are their own. 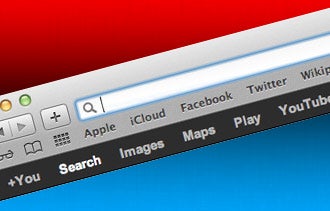 You've barely heard about it during the 2012 campaign, but net neutrality is another issue important to businesses where the presidential candidates disagree.

Under net neutrality rules imposed by the Federal Communication Commission, companies that provide wired internet service are required to treat all online content equally, much as phone companies must put through all calls without regard to who is calling. ISPs may not give preferential treatment, or "fast lanes," to their own content or content from parties that will pay more. Nor may they block or impede content that's controversial or competes with their own offerings.

Net neutrality has been championed by Democrats, who say that the rules are needed to safeguard the open lanes that have allowed online commerce to flourish and powered tech entrepreneurship, economic growth and good high-tech jobs.

But carriers have fought back, arguing they should be able to manage traffic and profit as they see fit from private networks that they built at great expense. They have found friends among Republicans, who decry regulation as a drag on economic growth and want to encourage carriers to invest in expanding broadband service. They also argue there's sufficient competition in broadband to keep carriers from discriminatory activities.

Related: Obama vs. Romney on Government Contracting and Federal Spending

A bit of background: The net neutrality debate was born amid hints that ISPs were gearing up to create a tiered-pricing system and to discriminate against some traffic. An early salvo came in February 2006, when a Verizon executive complained that a booming Google was "enjoying a free lunch" at the expense of carriers like Verizon that spent billions of dollars building the network.

But the key test began in October 2007, when Comcast came under fire for interfering in its customers' use of popular -- albeit bandwidth-hogging and sometimes unsavory -- file-sharing services. The FCC ordered Comcast to stop, citing its "ancillary authority" to regulate ISPs. Comcast sued.

The court ruled against the FCC, saying it overstepped its statutory authority. In response, it established new rules for regulating the internet, which went into effect in November 2011. But its legal grounds were somewhat similar to those of the failed court case, leading many legal experts to question whether the rules will survive a court challenge that's underway.

When it comes to net neutrality, the candidates have strikingly different positions. Here's a look:

President Barack Obama
Obama has strongly supported net neutrality as grease for an "innovation economy" that can provide high-paying jobs and breakthroughs in health care, education and energy. He advocated it in his first run for the presidency and backed the FCC's rulemaking efforts as president.

"We don't want to create a bunch of gateways that prevent somebody who doesn't have a lot of money but has a good idea from being able to start their next YouTube or their next Google on the internet," President Obama said in a February 2010 interview.

But his commitment could soon be tested. "If the FCC decision gets overturned, there's a difficult choice facing the Obama administration," says Michael A. Livermore, executive director of the Institute for Policy Integrity at the New York University School of Law, a nonpartisan think tank.

The administration could up the ante and seek an explicit mandate to regulate broadband providers as "common carriers," the authority that allows it to regulate telecommunication companies, Livermore says, which would be a brutal fight. Or it could try to negotiate a compromise with industry.

Former Massachusetts Gov. Mitt Romney
Romney opposes net-neutrality rules. Asked at a town hall meeting what role the government should have in regulating the internet, Romney said: "Almost none." And in his economic agenda he says: "We should build upon our strengths, not burden them with bureaucracy, excessive regulation, and intrusive government."

The outcome if Romney becomes president is easier to envision. His FCC would likely let net neutrality die by simply not enforcing the Obama-era rules and drop the lawsuit.

Michael Jude, a senior analyst at Frost & Sullivan, a research and consulting firm, sums it up: "I don't think there would be any appetite in a Republican-controlled FCC to continue to pursue a regulatory framework for the internet."

Related: Where the Candidates Stand on 'Obamacare'

Is net neutrality a concern for your business? Will the issue affect your vote? Leave a comment and let us know.