Time flies. It's been exactly one year since Apple co-founder, chairman and CEO Steve Jobs died at age 56. But while a year has passed, Jobs' long, respected list of innovations and accomplishments has not been forgotten.

Apple has posted a tribute video it created honoring Jobs' life on its homepage today, and CEO Tim Cook also wrote a note, which reads in part:

"One of the greatest gifts Steve gave to the world is Apple. No company has ever inspired such creativity or set such high standards for itself. Our values originated from Steve and his spirit will forever be the foundation of Apple. We share the great privilege and responsibility of carrying his legacy into the future."

Indeed, it was Jobs' vision for a "computer for the rest of us" that yielded a host of products and services that have revolutionized the tech industry. Under his visionary leadership, Apple churned out wildly-popular products such as the iPod and iTunes, the iPhone and iPad. And let's not forget his return to the Apple in 1997 when he dramatically restructured the company a saved it from the brink of failure.

In more ways than one, Jobs will forever be a leader that future entrepreneurs remember and draw inspiration from. 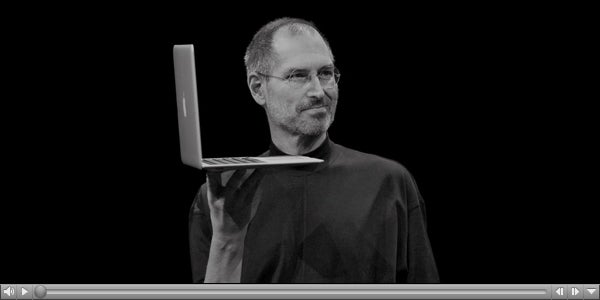