Lessons From Successful Entrepreneurs on How to Beat the Competition

Cliff Shaw had already founded and sold three companies in the genealogy space, all of which had to cope with the supersize competitor he confronted once again when he started Mocavo in 2011. Based in Boulder, Colo., his latest venture bills itself as "the world's largest genealogy search engine." But to get there, Shaw had to devise a business model and pricing scheme that would compete with Ancestry.com, whose 2 million subscribers and 11 billion historical records made it the reigning behemoth in the field.

What's a startup to do? To distinguish his company from Ancestry's subscription payment model and content supply, Shaw decided Mocavo would offer a basic service free of charge, with customers providing content. "We originally started as Google for genealogy," Shaw says. "We've now evolved into a giant community of users who want to contribute content online for free." 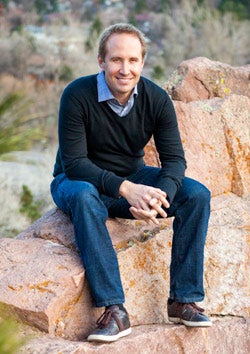 Mocavo customers have published newspaper articles, old wills, marriage certificates, even family bibles. Last December the company introduced a subscription service, Mocavo Plus, an enhanced version of its search engine. To solidify Mocavo's share of the genealogy market, Shaw designed a business that doesn't compete directly with Ancestry.com but provides complementary services. "To be honest, we don't think about them very often," he says, "because we're pursuing an entirely different model."

Of course, there's no single formula for coping with competition. Some startups partner with direct competitors, such as the vineyards from California to New Jersey that have organized cooperative wine trails. Others choose to go toe-to-toe. Some all but ignore their competitors, and some get a leg up by collaborating with an established, noncompeting company. Here are five strategies you can employ to take on your rivals and carve out your niche in the competitive landscape.

In wine country, it's common for vintners to compare botanical notes on pruning methods or canopy management in their mutual quest to grow a better grape.

"I think the wine industry is a really unique industry in that the more wineries that are in the area, the better," says New Jersey winemaker Michael Beneduce Jr., who started Beneduce Vineyards five years ago. "It's essential to be able to collaborate with each other, because that really elevates the quality of the whole region."

Beneduce recently returned from a two-week trip to visit wineries in Austria, where the climate and soil are comparable to those of northwest New Jersey. Everywhere he went, Austrian winemakers were eager to show off their vineyards and answer his questions. "We don't see our competitors as competitors," Beneduce says. "We see them as collaborators."

At first Schau figured Pure Fix would be an e-commerce company. But soon he set his sights on Sport Chalet, a 54-year-old sporting-goods chain with more than 50 stores from Utah to California. 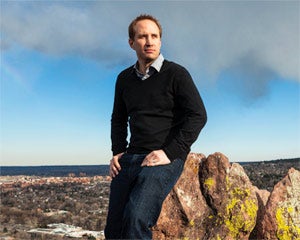 How does a startup compete for floor space in a regional retail giant? With a lot of hustle, some bodacious innovating and, yes, a little luck. Such as the time Schau chatted with a Sport Chalet buyer at a Las Vegas trade show. The buyer introduced Schau to a "colleague" who had taken a liking to the Pure Fix bikes on display. That colleague turned out to be CEO Craig Levra; before long Sport Chalet was stocking Pure Fix bikes.

But Schau didn't stop there. Pure Fix continued to rotate the palette of its bikes, which now come in more than 15 color combinations. The company produced a glow-in-the-dark bike and a smaller model for younger riders. And it priced its bikes to sell, ranging from $325 to $399.

Schau's advice to startups striving to stand out in a fierce marketplace: "Be confident and take risks, because if you're not going to, someone else is, and someone will beat you to it."

For Arizona jewelry-maker Sarah Elliott, innovation has been key to dealing with the knockoff products that are ubiquitous in her field. Elliott tries to stay ahead of the competition by creating one-of-a-kind pieces from her signature materials--gemstones, freshwater pearls, copper, brass and sterling and nickel silver--then doing it again and again.

"I take it as a compliment," Elliott says of knockoffs. "What can I do? I need to come up with something different, to incorporate different methods of making jewelry--that's how I kind of combat it."

Startups can take legal steps against knockoffs, says Harris A. Wolin, a New Jersey attorney specializing in intellectual property law. They can send a cease-and-desist order to an offending competitor. If the startup has a patent on a product that is attracting knockoffs from overseas, the startup can seek an exclusion order from the International Trade Commission that will authorize U.S. Customs to seize infringing knockoffs at the border.

Outside of a legal remedy, startups can turn to creative marketing campaigns that highlight a product's defining feature. When one of Wolin's clients found itself threatened by an overseas knockoff, it promoted its product as being made in America and further differentiated itself through its service and warranty offerings. "That's another way to go after a knockoff," Wolin says. "The goal is to prevent somebody from coming after your business."

Steve Blank, outspoken Silicon Valley tech entrepreneur, author, blogger, business-school professor and early champion of the Lean Startup movement, says the only player the entrepreneur needs to be concerned with is the one staring back in the mirror.

"If you're worried about competitors, you're already out of business," Blank says. "The only people who can put startups out of business in the first 18 months are themselves. Competitors really have nothing to do with that."

However, Blank does not advise entrepreneurs to disregard their competition entirely, noting that while you shouldn't let them have a major impact on the way you operate, you should keep an eye on what they're up to. "I love to watch competitors," he says, "because they typically have better ideas than I do."

Entrepreneur Andrew Allison says Blank's book The Four Steps to the Epiphany: Successful Strategies for Products That Win was "basically a bible" for him and business partner Matt Stuart when they founded Main Street Hub, a social media management firm based in Austin, Texas. "It's a mistake if businesses let competition dictate their vision or their relationship to their customers," Allison says. "Entrepreneurship is a 24/7 job. And every minute you're spending agonizing over what your competition is doing is another minute you're not spending working with your customers or understanding the data to see what next you have to do with your product."

Sometimes a startup needs to guard against competitors who have yet to show their faces. Lisa Lavin, co-founder and CEO of Anser Innovation in Minneapolis, was sure her company's new product, a videophone that could enable people to interact with their pets remotely, was the first of its kind. Using a smartphone, tablet or computer, pet owners could even prompt the device, known as PetChatz, to feed their pet a treat.

But even with no direct competition in sight, Lavin wanted to break into the marketplace in a bold way and hold future competitors at bay. To do so, she needed a business plan that would enable PetChatz to gain a competitive advantage within the $53 billion U.S. pet industry. "As a small company, our reach is limited," Lavin says. "We had to have an edge."

So Anser formed a partnership with another Minnesota firm, Tuffy's Pet Foods, founded in 1964. Tuffy's devised a proprietary treat to be used only with PetChatz, and Anser is leveraging Tuffy's brand name and distribution channels.

"Even if we don't have competition today, we will have competition in the future--I can guarantee you," Lavin says. "Even though we have patents on our products, we know somebody will try to infringe on our patents and come to market. The partnership with Tuffy's gives us the speed and weight and resources we need to be successful."

Can I Say That?

"Under the law, claims in advertisements must be truthful, cannot be deceptive or unfair and must be evidence-based. For some specialized products or services, additional rules may apply."

If you're planning an ad campaign that sets you apart from your competition, you'd be wise to heed those words, found on the website of the Federal Trade Commission's Bureau of Consumer Protection Business Center.

There's no restriction against naming a competitor in an advertisement or directly comparing your products, services or prices to theirs, says New York advertising attorney Andrew Lustigman of Olshan Frome Wolosky. Advertising law simply goes back to that sage counsel you used to hear from your mother: Tell the truth. And for good measure, be ready to back it up. "This is America," Lustigman says. "You have a First Amendment right to truthful commercial speech."

If you feel you've been unfairly maligned by a competitor's ad, you could file a lawsuit. But more often these days, complaints over ads are heard by the National Advertising Division of the Council of Better Business Bureaus, which operates as a self-regulatory body ruling on competitive advertising challenges. The division's stated mission is "to review national advertising for truthfulness and accuracy and foster public confidence in the credibility of advertising."

Lustigman works with plenty of startups, and he says the biggest mistake he sees in advertising is making a claim without confirming its veracity. "I think there's a real unawareness of the fact that you need to get your ducks in a row before you go to market," he says. "If you're making specific performance claims, you've got to make sure you have tests and studies that are reliable, that back up your claims."

Which goes back to something else your mother used to tell you: Think before you speak.