Ethan Diamond founded Bandcamp in 2008 after being frustrated by the clunky process of trying to purchase music from the website of one of his favorite artists. His goal? Launch a site that would benefit both musicians and their fans. Bandcamp does just that, handling all the back-end functions that enable artists to sell online without being forced into pricing structures, and making it just as easy for consumers to buy tunes without being subjected to ads.

On Bandcamp, artists set the price for their downloads, CDs, vinyl and other merchandise, such as T-shirts. They can also offer goods on a pay-what-you-wish model. On average, fans pay 50 percent more than the minimum price; every day, Diamond says, there are examples of die-hards paying as much as $100 for a track or $500 for an album.

"The most important piece of this is it's a direct connection between the fan and the artist," Diamond says. "It's not going through a label and figuring out how to divvy up the money. It's that direct relationship that causes fans to be more generous."

Sales via the service topped $2.1 million in March alone and have totaled more than $41 million since the site opened. Creating a Bandcamp page is free for artists--about 30,000 join each month--and the company takes 15 percent of digital sales up to $5,000 and 10 percent after that (and a flat rate of 10 percent for physical items). Bandcamp employs 14 people in a virtual office that stretches from San Francisco, where Diamond is based, to Toronto and Melbourne, Australia. 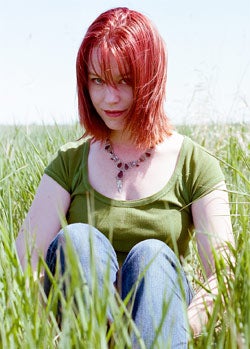 Marian Call, a Juneau, Alaska-based singer-songwriter, sells her music through several online stores but says she prefers Bandcamp, which she's been using since 2009. She notes that Bandcamp pays her more than Amazon and iTunes, where she gets about 50 to 60 percent of the sale. The site also gives her more control over her material, allowing her to offer add-ons like a photo booklet, and she believes it has more benefits for fans. "Whenever I have a chance to direct someone to Bandcamp, I do that," she says. "I think it's a better buying experience for them."

Musicians on Bandcamp range from newbies to artists of some renown. Amanda Palmer (formerly of the Dresden Dolls) used the site to release a set of Radiohead covers played on the ukulele that brought in $15,000 within minutes. Singer-songwriter Sufjan Stevens' Bandcamp sales helped land his 2010 album The Age of Adz in the top 10 of the Billboard 200. 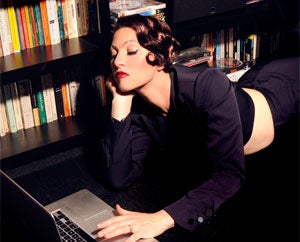 Jordan Bromley, a partner in the Los Angeles office of law firm Manatt, Phelps & Phillips, which helps develop artists, says Bandcamp is a promising showcase for new acts. Three years ago he helped indie-pop band Youngblood Hawke put an EP on Bandcamp as a way to build awareness; since then the group has signed with Republic Records and appeared on Jimmy Kimmel Live. To emphasize the site's ability to help fans discover new acts, Diamond in April shifted Bandcamp's front page from its original musician focus to a community page aimed at consumers.

For artists seeking new audiences, that shift makes perfect sense. "They understand the direct-to-fan model," Call says. "Fans want to relate to artists now through a personal connection, not through several middlemen."