An Upscale Pawnbroker Offers an Alternative Form of Financing 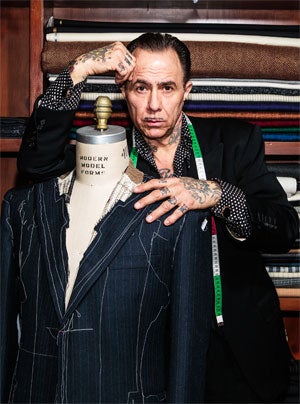 Tailor-made: Michele Savoia put up his Harley for a loan from borro.
Photography by Andrew Herthington<

Losing the lease on his Manhattan storefront left men's clothing and costume designer Michele Savoia scrambling for funds last summer, traditionally his slowest time of year. House of Savoia--which caters to Broadway, film and TV productions and individual clients--is a thriving business. But the lengthy legal battle Savoia waged trying to stop his landlord from hiking his rent sapped his savings.

To get over the financial hump, Savoia put up his prized 1958 Harley-Davidson as collateral for a $5,000 loan from borro, a high-end, modern-day pawnbroker that makes same-day loans of $1,000 to $1 million against luxury cars, watches, jewelry, fine art, antiques and other personal assets. Appraisers--20 in borro's New York office and throughout the U.S.--meet borrowers in person to make their valuations (or the service can be completed online). Loans typically span six months, although extensions are negotiable. Borrowers who fail to repay their loan forfeit their assets.

To date, borro, which launched in 2008, has funded more than $70 million loans in the U.S. and U.K. Founder and CEO Paul Aitken estimates that more than 60 percent of U.S. customers are small-business owners. According to Aitken, borro's rates--2.99 to 3.99 percent in monthly interest, plus 5 to 7 percent in setup fees--are often lower than the cost associated with selling personal assets by auction.

It sounded like a good deal to Savoia. After losing his lease, he had purchased a vintage yacht in New Jersey with the intent of bringing it to New York's Chelsea Piers and running his business from it. Then Hurricane Sandy hit. We talked with him about pawning his motorcycle to stay afloat.

Why did you turn to borro?
Cash flow was tight, so I said, "Just let me try to pawn it for a little while." I went online and I found borro. I think it was the next day that I drove the bike up. We put it in the garage and went upstairs, and within an hour the paperwork was done and the cash was handed over.

It was quite easy, and it helped me out a lot.

How much did the loan cost?
Monthly I think my bill was $190 in interest. I could pay the whole $5,000 and get my motorcycle back at any given time. There's no prepayment penalty. You have an indefinite amount of time on the loan, as long as you keep renewing it. That's what they hope for. It's like a credit card. They don't want you to pay it off.

Isn't this an expensive way to borrow money?
My motorcycle garage costs me $400 a month, which I don't have to pay now. So the interest is really nominal for what I'm actually saving. Having the bike in storage for a year [with borro] saves me $4,800. They just charged me a one-time storage fee of $125.

Did you get your bike back?
No, I didn't. I renewed the loan in March and plan to pay down the principal this summer. The first thing on my list is not to get back the motorcycle but to get my boat here. Right now my boat needs another $12,000 to $15,000 worth of work. So that $5,000 I borrowed is going toward getting the boat finished and getting it up here.

Is selling your bike an option?
No, never. It is my pride and joy. I built it. If I was broke, I would still have my motorcycle.

Would you take a loan like this again?
Definitely. It's a great way of getting some cash flow if you have some assets.

These Are the Top Ten Corporate Bonds Funds

AT&T To Spin Off WarnerMedia, Merge It With Discovery

Free Webinar | May 26: A Blueprint to Building Business Credit

Two Niche Plays On EV To Put On Your Watchlist