By Daniel Bukszpan July 4, 2013
This story originally appeared on CNBC

Canny small-business owners long ago saw a potential opportunity to hawk their wares to American motorists. This phenomenon isn't just limited to gas stations and fast-food drive-thrus. All kinds of businesses exist along the interstate, catering to aimless wanderers, daily commuters and drivers on vacation.

The most common roadside businesses specialize in two things: gas and food, commodities without which no road trip will last for very long. But there's another category of roadside business that caters to the travelers of America's highways: the curiosity, the tourist trap, the legendary destination, that place your friends have told you you've just got to see if you happen to be going from point A to point B.

Some of these destinations have stood for the better part of a century, while others are just getting started. But all of these small businesses offer a glimpse into an offbeat side of American culture. Read ahead and see what they are. 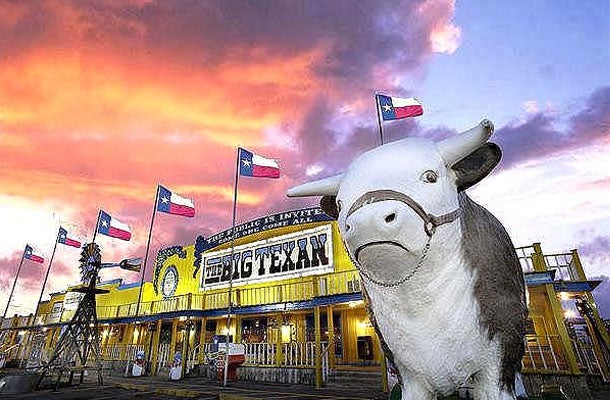 According to the cliché, everything is bigger in Texas, and Amarillo's Big Texan Steak Ranch is a roadside institution determined to push this maxim to its limit. Located off of I-40 East, the legendary steakhouse was founded in 1960 and soon became the site of the 72-ounce steak dinner challenge, which was featured on an episode of the Travel Channel's "Man vs. Food."

The challenge: the brave customer must consume the entire steak dinner in one hour. Not just the 4 1/2-pound steak, mind you, but an entire dinner, including shrimp cocktail, baked potato, salad and a buttered roll. Should the patron succeed, the entire meal is free. In the much more likely event that doesn't happen, the humiliated patron has to pay… $72. 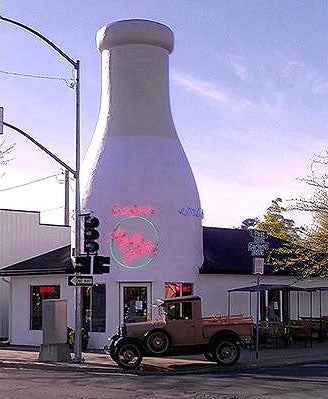 Mary Lou's Milk Bottle is a restaurant on West Garland Avenue in Spokane, Wash., that specializes in made-to-order diner food, such as burgers, fries and ice cream. If you're worried that you might inadvertently drive past it, just remember that it's the only building on that particular drag in the shape of a giant milk bottle, so it's kind of hard to miss.

The exterior no doubt makes the restaurant stand out, but it's not why people go there. The restaurant's Yelp page is chock full of four- and five-star reviews that describe it glowing terms. The milkshakes in particular are singled out for praise. 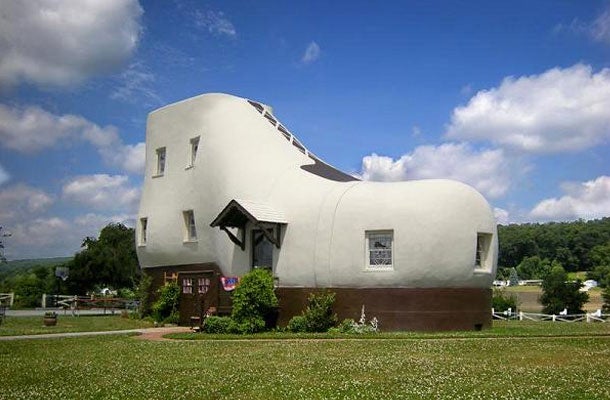 The Haines Shoe House is located four miles from York, Pa., on Route 462. Modeled after a high-topped work shoe, it was built in 1948 by shoe salesman Mahlon Haines, who intended it to be a guest house for elderly couples. Though only 25 feet high, the interior has five different levels with three bedrooms, two bathrooms, a kitchen and living room.

Haines died in 1962 and left the Shoe House to his employees, who sold it 25 years later. It has since been restored and converted into a museum, and today visitors can receive guided tours of the Shoe House for $4.50 per adult and $3 for children ages 4 and up. 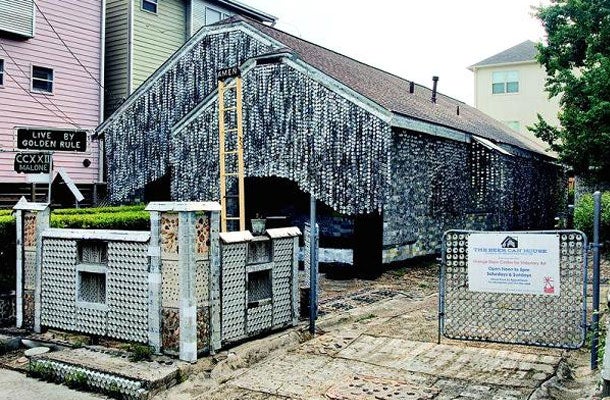 John Milkovisch was a retiree who needed a project, and in 1968 the former upholsterer chose an ambitious one -- a Beer Can House. Located in Houston off of Memorial Drive, the aluminum siding was sourced entirely from beer cans, drained by Milkovisch himself.

Covering the home took 18 years. The retiree would simply drink a beer, flatten the can, and add it to the exterior, a task that ultimately involved over 50,000 cans. Admission to the house is $2, or $5 for a guided tour.

Daniel Bukszpan is a staff writer for CNBC.com. He writes articles, quizzes and slideshows for syndication, news and prime-time programming. He has been a freelance writer for over 15 years and is the author of "The Encyclopedia of Heavy Metal," published in 2003 by Barnes and Noble. He also contributed to "AC/DC: High-Voltage Rock ’N’ Roll, The Ultimate Illustrated History," published in 2010 by Voyageur Press. He lives in Brooklyn, New York, with his wife, Asia, and his son, Roman.